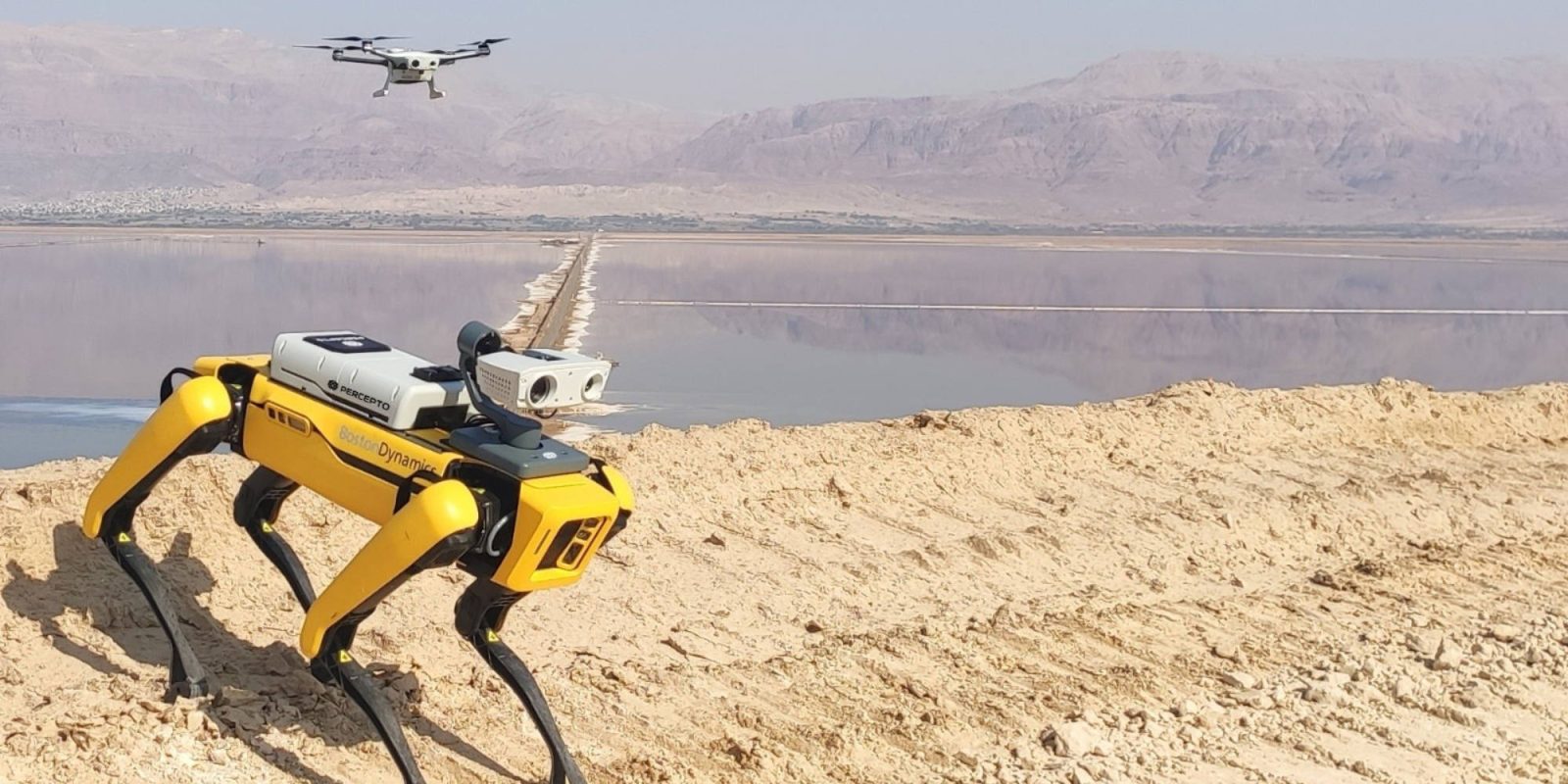 Percepto has announced it has secured $45 million in funding led by Koch Disruptive Technologies and is partnering with Boston Dynamics to introduce autonomous ground and aerial inspections to industrial sites.

To get its new AIM fully autonomous ground and aerial inspections moving, Percepto has managed to secure $45 million in Series B funding lead by Koch Disruptive Technologies, taking the total funding to $72.5 million.

“We believe Percepto AIM addresses a multi-billion-dollar issue for numerous industries and will change the way manufacturing sites are managed in the IoT, Industry 4.0 era. Percepto’s track record in autonomous technology and data analytics is impressive, and we believe it is uniquely positioned to deliver the remote operations center of the future. We look forward to partnering with the Percepto team to make this happen.”

To advance its Autonomous Inspection & Monitoring (AIM) platform, Percepto has partnered with Boston Dynamics to put its Spot robot dog to work to perform ground-based inspections of critical infrastructure and assets. The AIM platform now collects aerial data from its custom drone and ground data from Spot autonomously, along with data from satellites to produce automated reports, track trends, and detect anomalies.

“Combining Percepto’s Sparrow drone with Spot creates a unique solution for remote inspection. This partnership demonstrates the value of harnessing robotic collaborations and the insurmountable benefits to worker safety and cost savings that robotics can bring to industries that involve hazardous or remote work.”

ICL Dead Sea, a potash, mineral, and chemicals company in Israel, has been using Percepto’s AIM platform for now and has loved it! The company can now live stream the missions from the drone without needing to have someone on-site. Shay Hen, ICL Dead Sea Drone Program Manager, shared that the company is excited to integrate the Spot robot to inspect assets that can’t be done from the air.

“Our customers, which include some of the world’s leading utility, oil & gas sites, mining, and other critical infrastructure facilities, are eager to fully embrace automation across their operations and reap the benefits of driving efficiency, reducing costs, and safeguarding staff. We’re delighted that our investors have recognized the growing need in the market for autonomous inspection, which is in demand now more than ever.”