US leads with the most drone HQs, but DJI remains on top 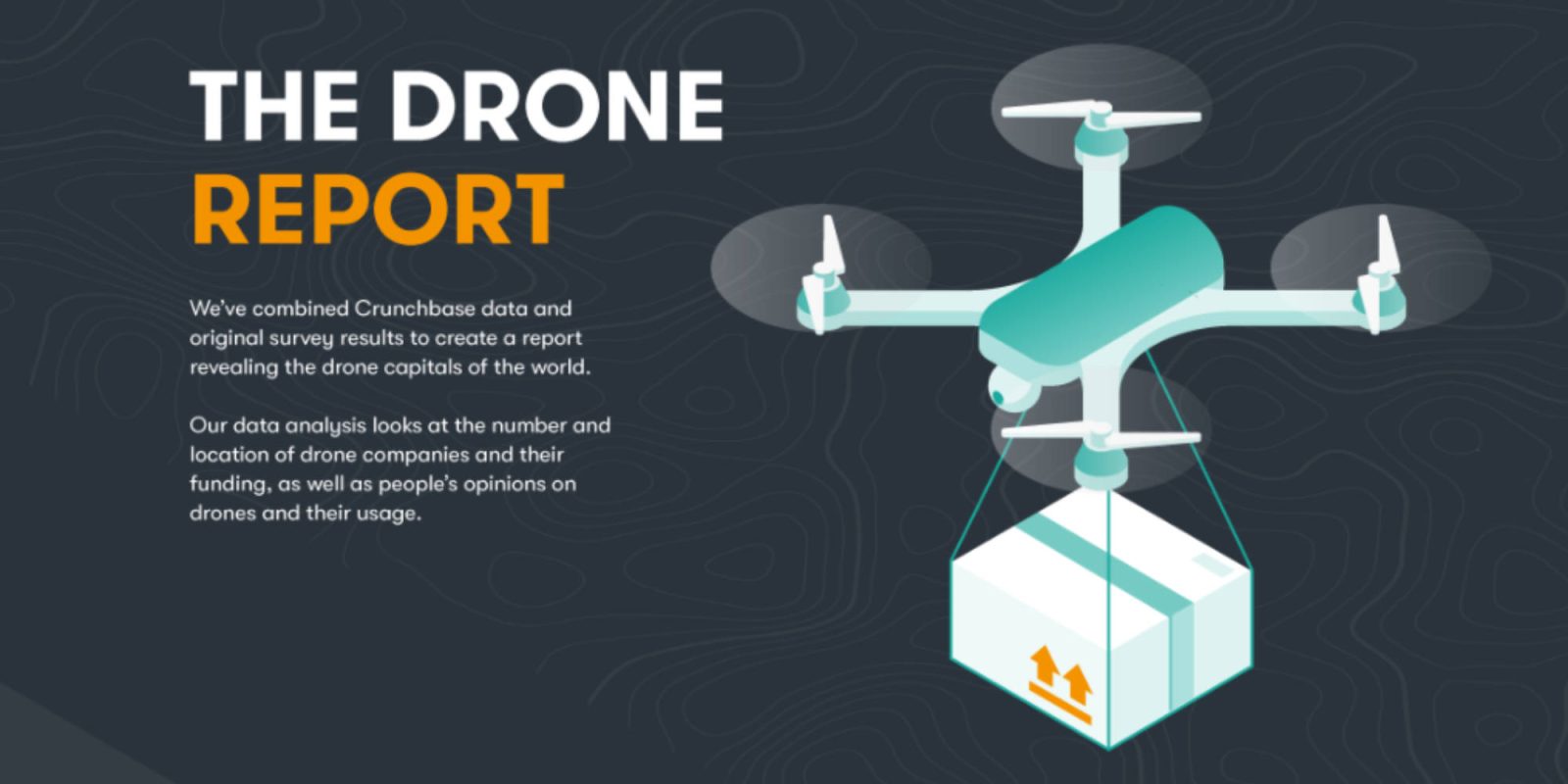 A new report from RS Components has taken a look at various key factors of the worldwide drone market, ranking the top countries and companies. For this post, we’ll be taking a look a the countries with the most drone headquarters (HQs) and the drone companies making the most headlines in the media.

According to the report, the US leads with the most drone headquarters totaling 461. Following far behind is China with 50. Closely behind are Japan, Australia, and France, with 47, 43, and 41 headquarters, respectively.

The report hasn’t shared the definition of a drone headquarters, but we assume that it refers to companies that have products out on the market and are still active in the respective markets. There is likely a much higher number of startups and smaller companies at the beginning of their life that didn’t make it onto the list. This goes for all countries mentioned.

When it comes to the media, including us, drones are being mentioned more and more every day. For this reason, the report includes the top eight drone companies that have been mentioned the most during the data collection period.

If you haven’t guessed already, DJI is on top of the list, with 2,396 stories mentioning the company. This includes the good, the bad, and every story in between where DJI has been mentioned. In second place at 1,549 mentions is Trulia, a real-estate website using drone footage to sell houses and give people a feel of the neighborhood.

Behind is Upfront Ventures with 886 mentions, 3D Robotics with 320, Airware with 205, PrecisionHawk with 169, DroneDeploy with 124, and Mexican Balam Seguridad Privada with 112.