Best drone light show yet? It’s up there… 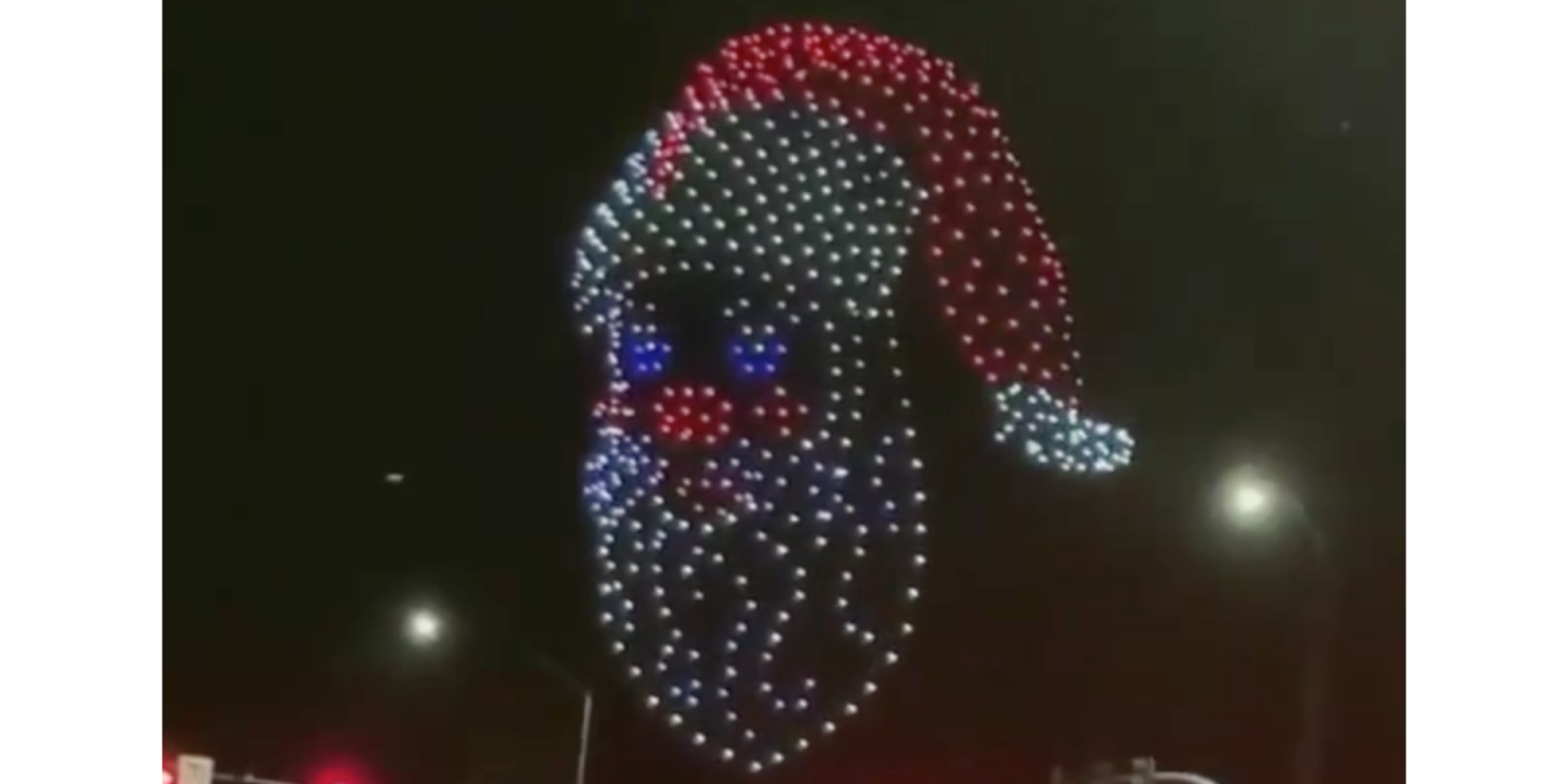 We’ve seen some pretty awesome drone light shows recently. One of the more impressive was this event, during a Volkswagen launch in Shenzhen. But now, something just as cool.

Drone shows are evolving at an amazing pace. Not only are organizers putting more drones into the air in individual shows, but we’ve seen that they’re starting to use faster drones as well. This enables new 3-D images to be pulled together quite quickly in the night sky. But those aren’t the only changes. The people programming these events are starting to experiment more with the kinds of movement. And that’s what drew our attention to the drone show you’re about to see.

It has a very different feature.

This one popped up on our Twitter feed late Saturday night. And we were so impressed, we had to drop everything and post it. So what was it that caught our attention so much? It was the subtle movements of the objects — like the tip of Santa’s toque moving. Most drone shows we’ve seen tend to involve static renderings, followed by another, etc. The moves in this drone show, however, really add life to the objects and show that someone programming this extravaganza was thinking.

Anyway, on with the show. And thanks to @TheoShantonas for posting this in the first place.

We wish we knew more about this video. Theo’s profile says he lives in the UK; the woman heard in the video sounds like she’s from North America.

If you happen to know where this was, let us know in the comments!