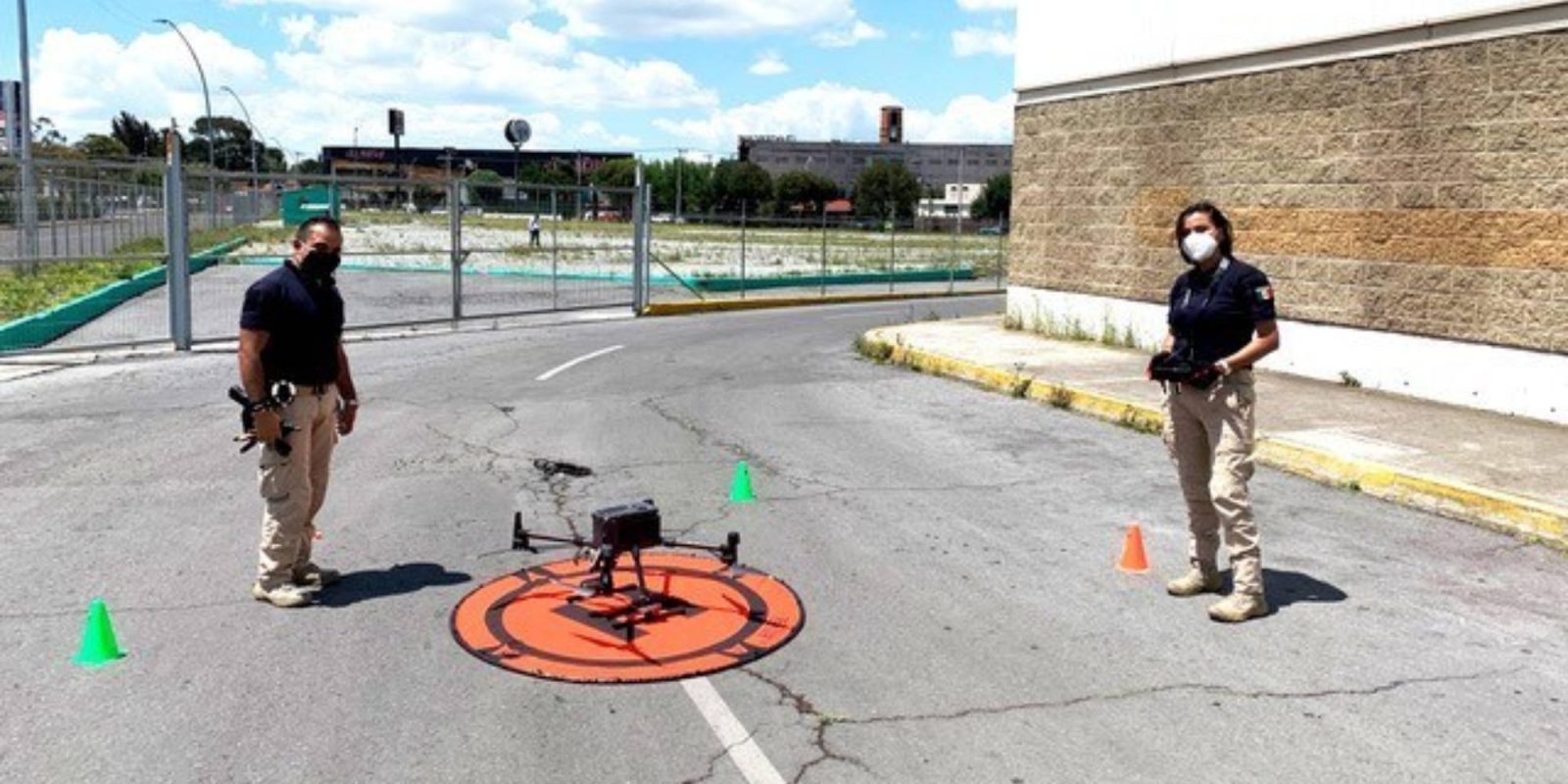 The municipality of Metepec in Mexico has been using drones for the last two years, with many people loving the high-tech addition. Last week, Gabriela Gamboa Sánchez, Constitutional President of Metepec City Council, announced a new drone program to make it an even better place for residents to live.

The drones will also be used in any other ways that might be seen as useful, including preventing the spread of COVID-19. They have been broadcasting messages into public areas, reminding people to follow COVID rules.

Since the drones were introduced, the crime rate has dropped by 8%, as they have been used alongside the traditional CCTV cameras to watch over blind spots and hard to reach areas.

“We are aware that the good results are achieved with the correct collaboration and integration of solutions that allow us to offer greater security and well-being to each of the inhabitants and to anyone who visits our beautiful Municipality of Metepec. We are a government that listens, attends, and resolves.”

The drone used has a flight time of up to two hours and can fly up to 500 meters (1640 feet) high. The drones are equipped with a zoom and thermal camera to find people during the day and night. Along with aerial drones, underwater ones have also been deployed to prevent flooding around the Lerma River in a joint effort with the Metepec Water Agency.

To ensure the drones are being used safely and responsibly, officers have been through a three-month training program and continue to train with the drones to be prepared for even more situations.

The government will continue to explore drone-related opportunities in the community and use them to promote STEAM education and be used in cultural and tourism promotions.