Thousands take to the streets to mourn Maradona in Argentina 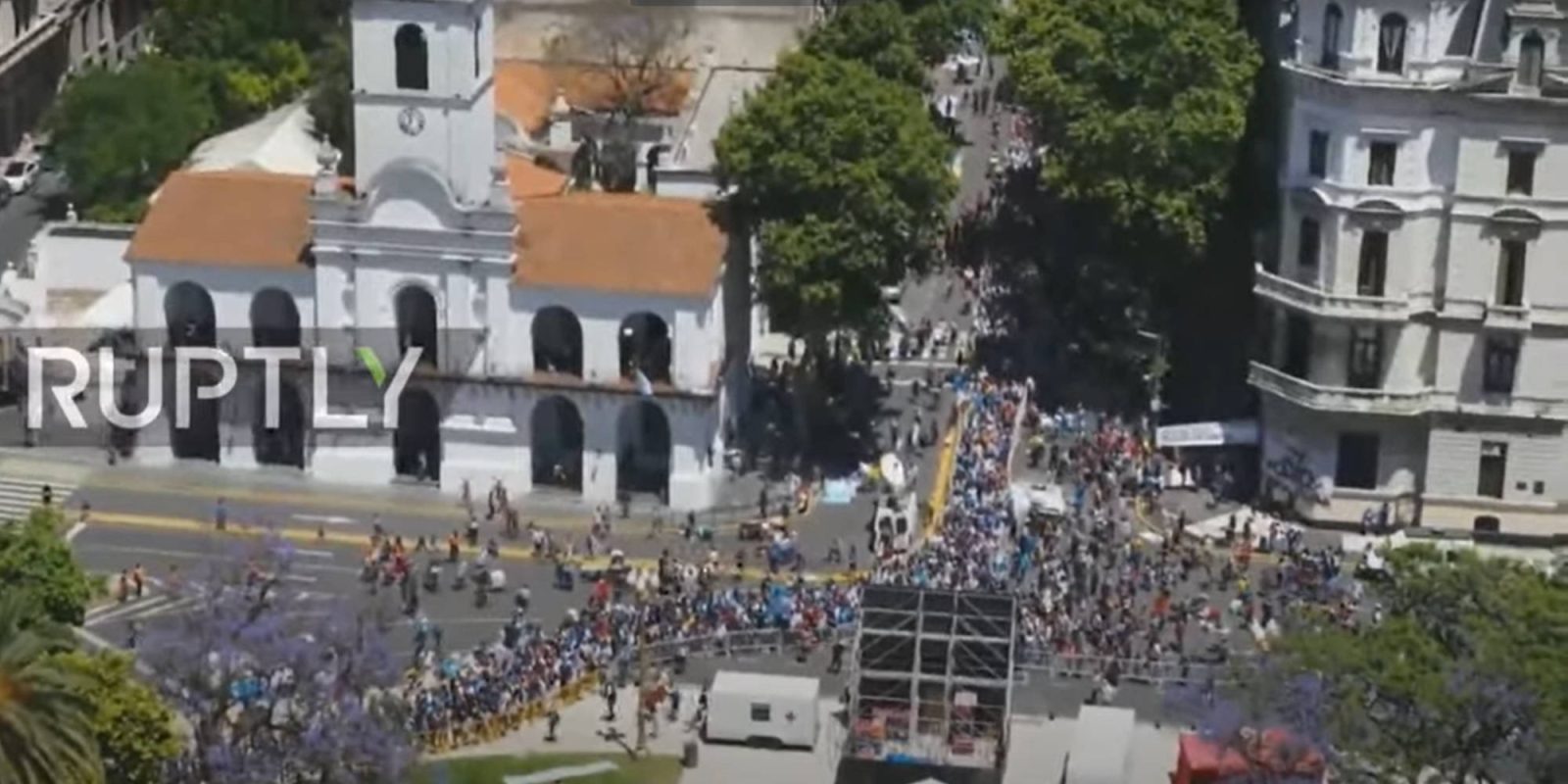 Thousands of fans have taken to the streets of Buenos Aires, Argentina, to mourn the passing of football legend Diego Maradona. Maradona, who is considered one of the best footballers globally, died in his home last week after his heart failed.

Fans could be seen in the city center near the Casa Rosada, the government’s office, waving Argentinian flags and cheering in support of Maradona.

The Argentinian government announced three days of mourning after the death announcement was made by the family, forcing the majority of the country to shut down.

Earlier in the month, Maradona was transferred to hospital, with a representative saying it was for psychological reasons and his condition was not serious. A day later, he underwent brain surgery for a blood clot that was successfully removed. Fast forward to November 25th, and Maradona died of a heart attack at his home in Tigre in Buenos Aires.

Maradona’s coffin was draped in the Argentinian flag, with three Maradona jumpers (Argentinos Juniors, Boca Juniors, and Argentina) put on display at the Presidential Palace. Maradona’s public wake was cut short after the family relocated the coffin to a private funeral location after fans took over the inner courtyard and clashed with police.

Diego Maradona was put to rest next to his parents at the Jardín de Bella Vista cemetery in Bella Vista, Buenos Aires. In the video, you can see thousands of fans lining up in Argentina’s capital, waiting in line to pay respect to the late soccer legend who died at 60 years old.

Here’s another video showing the cemetery that Maradona has been buried in, right beside his parents.