Arecibo telescope collapse caught on video by a drone 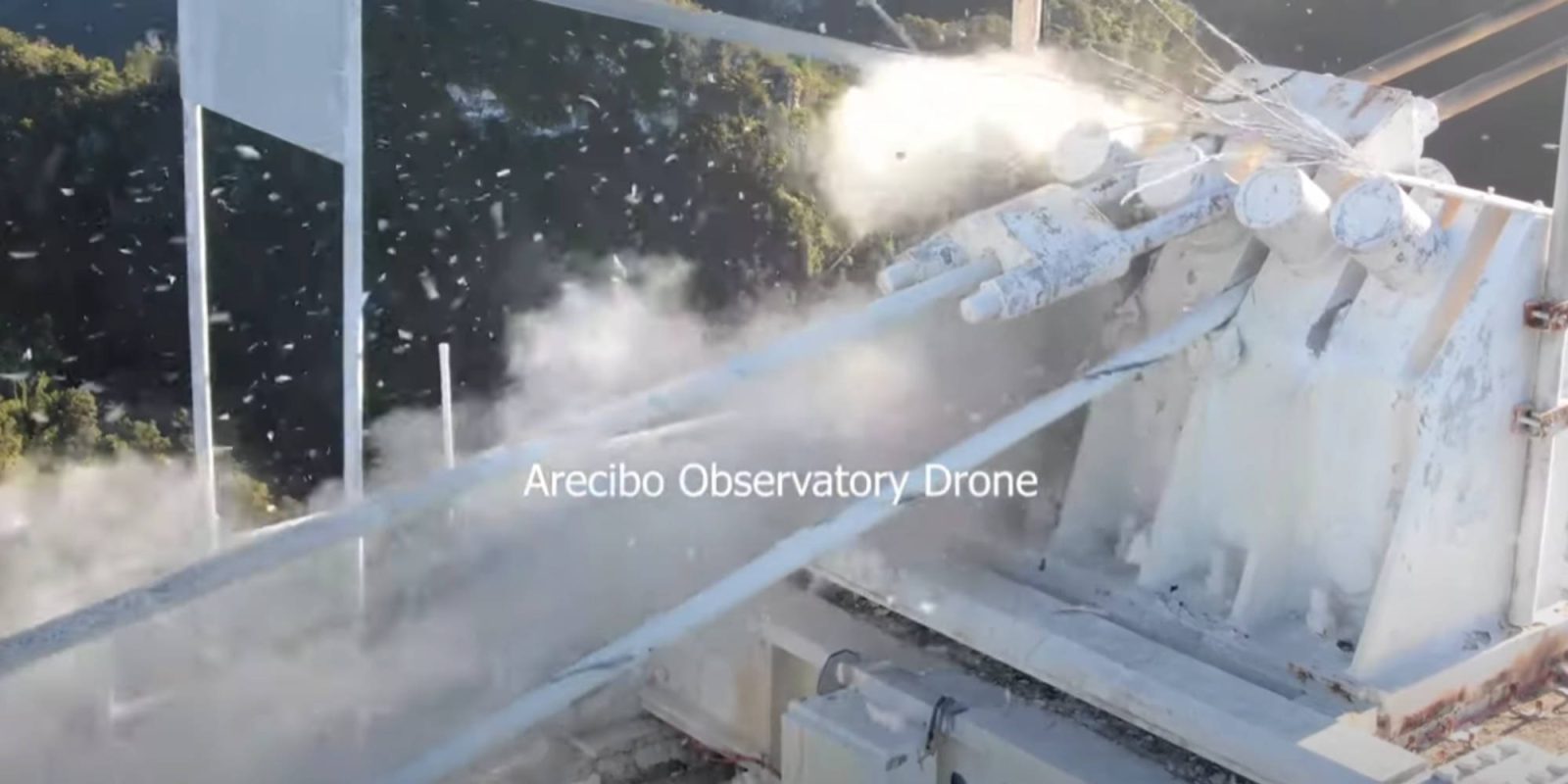 The Arecibo telescope in Puerto Rico met its sad fate when it unexpectedly collapsed. An inspection drone was in the air at the time of the collapse, as we now have aerial footage of the support wires giving way.

DroneDJ‘s sister site, Space Explored, previously covered the collapse of the Arecibo telescope from the ground. There is now new footage from a drone of the exact moment the telescope fell apart.

In August, the telescope announced that it would be permanently closing due to excessive damage, including having a hole ripped through it.

There was still hope that it could be repaired up until November when the first support wire broke, making it too unstable and dangerous for workers to begin repairs. The telescope was then monitored closely from the ground and the air.

Fast forward to December 3. The National Science Foundation (NSF), responsible for the telescope, released an update to the media, with the news no one wanted to hear. The telescope had collapsed. The drone footage starts at the 57-second mark.

At first, all that appears to happen is a few bits of paint flaking off and a couple of strands of the wire snapping. The first wire gives way about a second later, ripping out some of the structure holding it in place. Less than a second later, the second breaks with just as much force.

The drone begins to pan to the center platform at this point when the third support wire breaks. The drone manages to pan quickly enough to capture the platform slowly making its way to the ground along with the wires from the rest of the support structures around the telescope.

While the telescope is obviously beyond fixing, the NSF plans on opening up the surrounding buildings to the public once it’s safe to do so. You can learn more about what the telescope was used for and by whom in the post over on Space Explored.