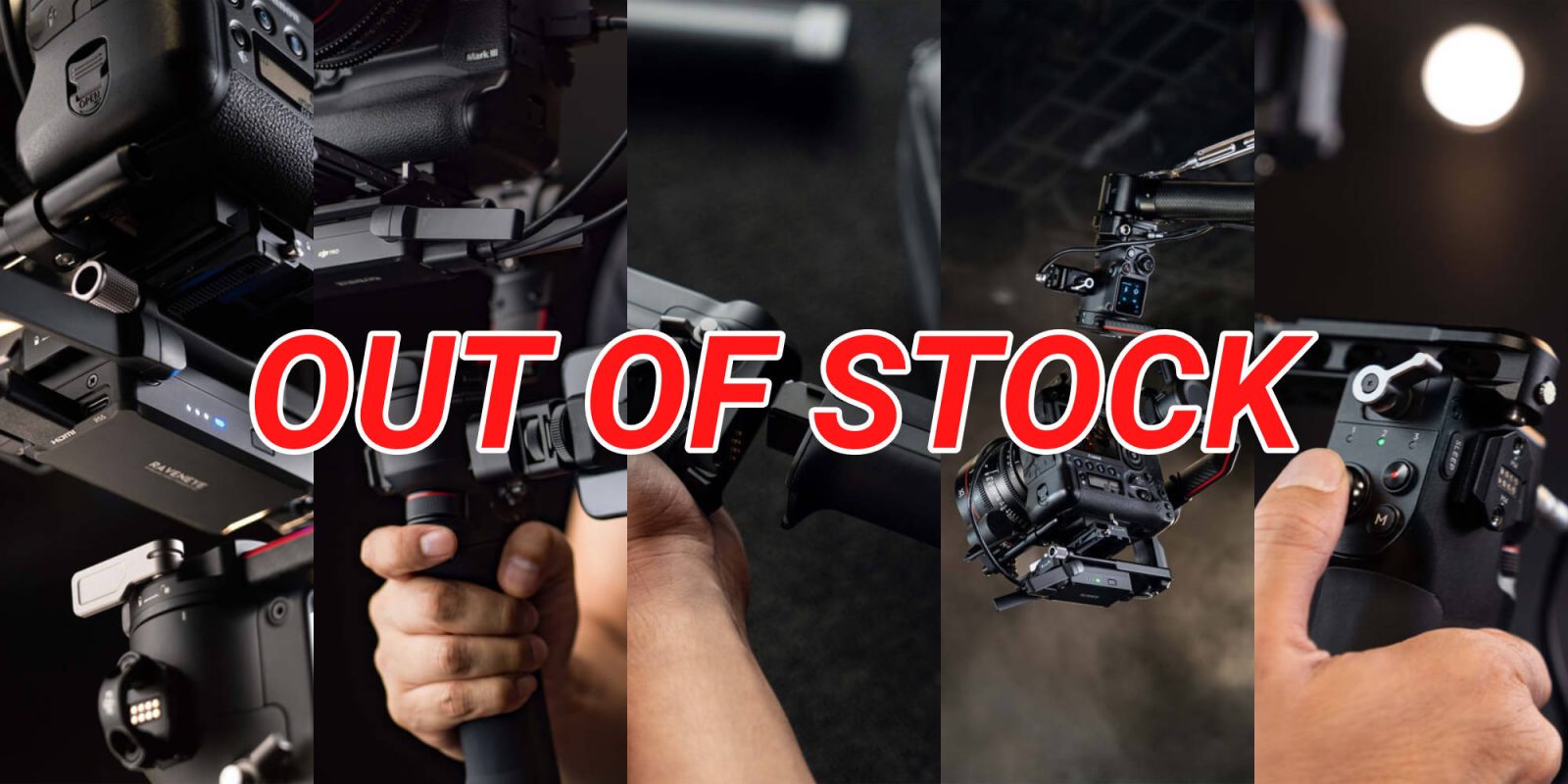 If you head over to DJI’s website right now, the chances of the DJI RS 2 and RSC 2 being out of stock are high. But why? They’ve been out for over two months. Let’s take a look at what could be causing DJI to have very little stock.

The day after the two gimbals launched, we put out a post, talking about how the majority of the new accessories were already out of stock and were likely never in stock.

Now that the gimbals have been out for a while, let’s check in and see if the stock is looking any better than it did at launch. The following products are out of stock at the time of this post:

The above list looks like all the RS 2 and RSC 2 only accessories are still out of stock. Since it looks to be the new accessories for the gimbals, it appears that DJI could be having issues with production, likely due to the global pandemic. Earlier this year, DJI wasn’t able to equip all Mavic Air 2s with ADS-B units due to a lack of stock of the hardware itself.

The main reason that I’m aware of the stock shortages is that I have wanted to get my hands on the new RavenEye Image Transmission System ever since the release.

Taking a look at the recently released DJI Mini 2, none of its accessories are out of stock. Along with the production issues, this could mean that DJI focuses on the production of the Mini 2 and possibly the upcoming FPV drone as these are the two big-ticket products that would move more units than the gimbals.