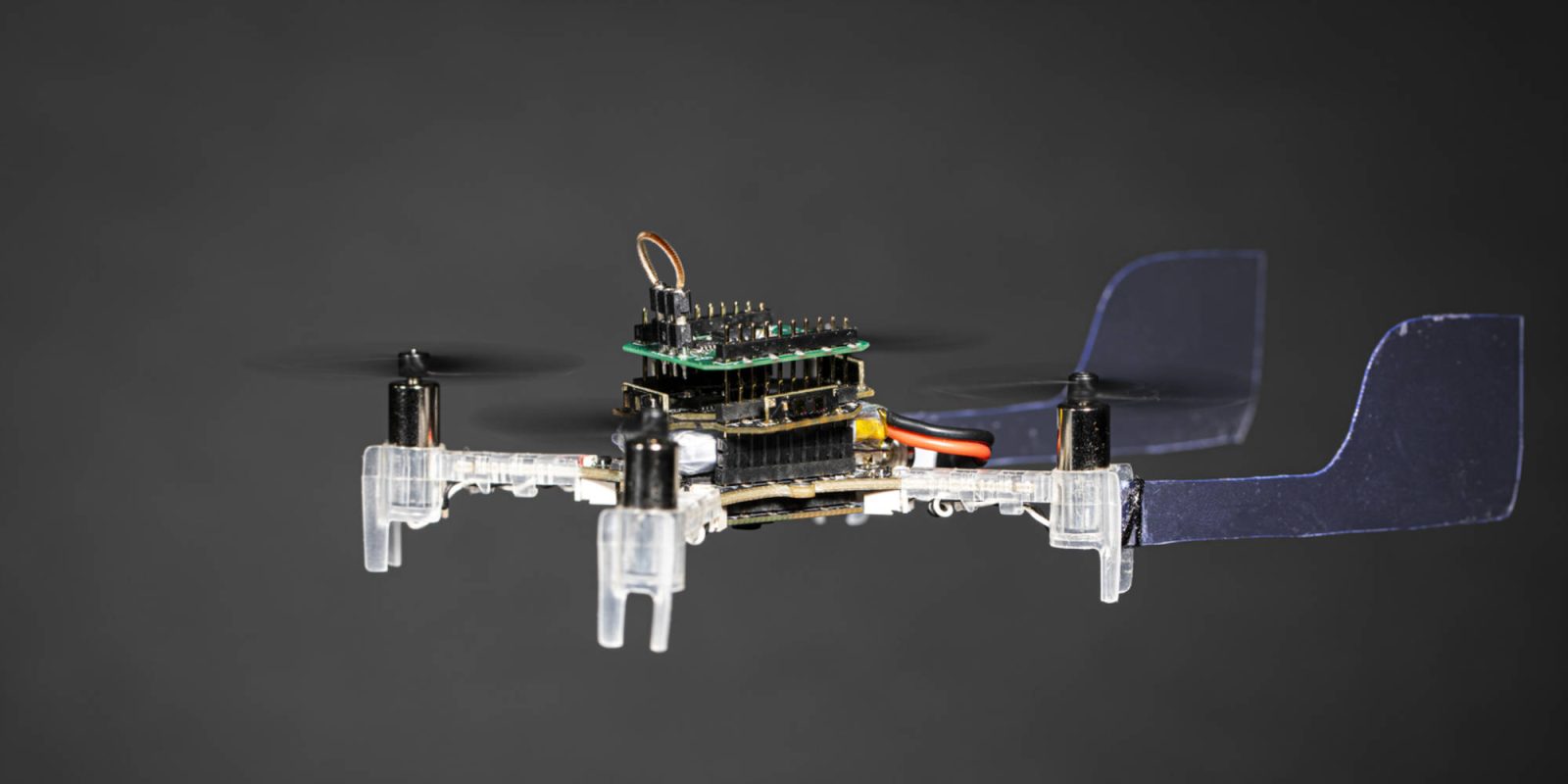 Researchers from the University of Washington have created a drone that accurately detects smells using a live moth antenna. The antenna has two tiny wires coming out of it that allow it to be connected to a circuit, allowing the drone to essentially smell.

The sniffing drone can fly autonomously by using the antenna to fly toward smells while avoiding obstacles simultaneously. The big reason researchers explored using biological sensors is that they are much better than those we can create.

By using an actual moth antenna with Smellicopter, we’re able to get the best of both worlds: the sensitivity of a biological organism on a robotic platform where we can control its motion.

Moths use their antennas to detect chemicals in the air surrounding them. The antennae only need one molecule of a chemical that can trigger a range of moth responses. It’s something human-made sensors aren’t capable of doing.

The antenna used in the research is from the Manduca sexta hawkmoth, which was placed in a fridge to anesthetize it before removing the antenna. Once it has been disconnected, the antenna can stay alive for four hours, which can be extended by storing it in a fridge for later use.

As mentioned above, the antenna was attached with a wire at each end to add it to a circuit. Once connected the researchers were able to measure the average signal from it. The team then added certain smells to the air, to see how it would react for later autonomous flights.

The research team put the antenna up against a human-made sensor at the end of a wind tunnel. They slowly added smells, which resulted in the biological sensor reacting faster and needing less time to recover between smells.

The antenna was added to an open-source drone that allows for this exact research to be conducted. Two fins were added to the drone to help keep it upwind at all times. Once the testing phase was complete, the team created a cast and surge protocol that allows the drone to operate like a moth.

After take-off, the Smellicopter flies to the left for a predetermined distance. If it doesn’t detect a smell that goes over the threshold, it does the same, going to the right this time. Once a smell has been detected, the drone then flies toward the smell. It has four infrared obstacle avoidance sensors that update 10 times a second to keep it safe in the air.

During the testing, the moth drone was equipped with a camera rather than GPS and was programmed to fly toward smells that moths find interesting. In the future, the drone could be programmed to detect and fly toward carbon dioxide from someone that is trapped under rubble.