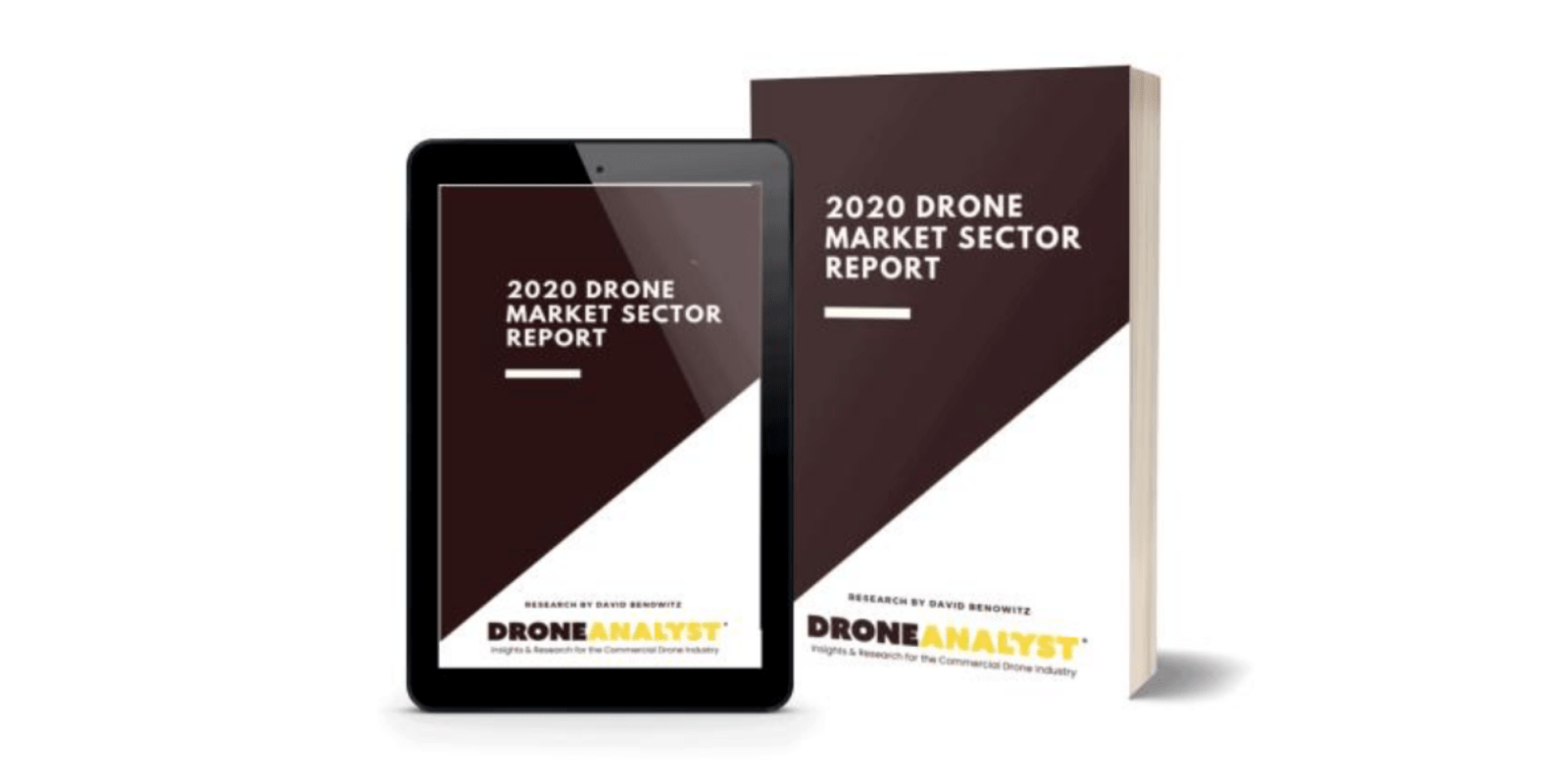 The latest report is out from DroneAnalyst, one of the most well-respected and credible companies the researches and reports on the ever-expanding drone market. This report is all about 2020, with plenty of fresh data and insights. We interviewed lead researcher David Benowitz over on the latest episode of The Buzz. You can hear our interview there, and take a look at some of the most important takeaways in this story.

There’s a lot happening, always, in the drone industry. New products and players enter the arena every year, and new regulations (and even bans) can impact the marketplace. Are the sales of Enterprise drones up in 2020? Have DJI’s sales in North America changed? What sectors within the drone world are changing and why. These are the kind of questions that DroneAnalyst poses every year – and seeks to answer. And now, the 2020 report has been released.

Our 2020 report marks our most comprehensive look at the market to date and provides a
look at both new trends such as COVID-19 and security concerns, as well as a historical
look at trends since we began our annual reports in 2016.

Let’s check out the highlights.

The DroneAnalyst report identifies three significant areas of key insights. Before we get to them, let’s have a look, courtesy of DroneAnalyst, at the global scene. Here are the companies in the mix, the countries where they have headquarters, and their respective shares of the market:

The DroneAnalyst media package contains bullets outlining key changes for each of the insights it has identified. Here are the key findings for Insight One:

Very interesting stuff – especially that last bullet. $50K is not a drop in the bucket, and the fact DroneAnalyst sees a growth in Big Spenders bodes well for the industry.

We’re certainly familiar with this one at DroneDJ. We’ve written about how security concerns have dogged DJI, despite the fact the company has released multiple reports indicating that its products do not pose data security concerns. (It also points out there are easy steps to take with your drone if you have additional worries.)

The bigger fear, as discussed in The Buzz, seems to be over Chinese legislation that, under certain circumstances, could allow Beijing to order companies to hand over data. It’s the fear of this possibility, even if it’s remote, that has made some purchasers have second thoughts when it comes to drones where China is the country of origin.

Here are the key DroneAnalyst findings, straight from its Fact Sheet:

Just a few days ago, a version of the National Defense Authorization Act (NDAA) that would have banned Chinese-made drones had that section excised. So that’s good news for DJI and other Chinese drone manufacturers.

Insight Three: DJI remains the Undisputed Leader, but with some caveats

No surprises here. DJI owns this market when it comes to consumer and Enterprise drones. But there’s no shortage of competitors eager to take a piece of that very large pie. DJI has taken a hit in North America, according to DroneAnalyst. Here are its takeaways:

That’s not all. DroneAnalyst also notes Chinese players make up 77% of the market. Those companies are followed by France and the US, which are roughly equivalent at just under 7% each.

Of US manufacturers of non-military drones, Skydio is now the clear leader. The report’s Fact Sheet states “This is a big shift from just two years ago where 3D Robotics was the dominant American hardware player, and number three hardware brand globally.”

How does DroneAnalyst get its Data?

Many of the companies DroneAnalyst reports on are not yet public, so it’s difficult to know who’s selling what, let alone identify any new trends.

The DroneAnalyst report is based on more than 1300 responses to its survey, which was carried out with the support of DroneDeploy. Those respondents come from some 110 countries, and DroneAnalyst follows up with some in-depth interviews to get a better sense of why certain decisions were made and to learn more about the companies and individuals who responded. The in-depth report features four main sections, as well as many graphs and infographics.

For a better idea, here’s the table of contents:

The report is not inexpensive. But that’s because, obviously, it contains valuable information. For more details on purchasing, simply click here.