This drone can hang onto objects with a mechanical gripper 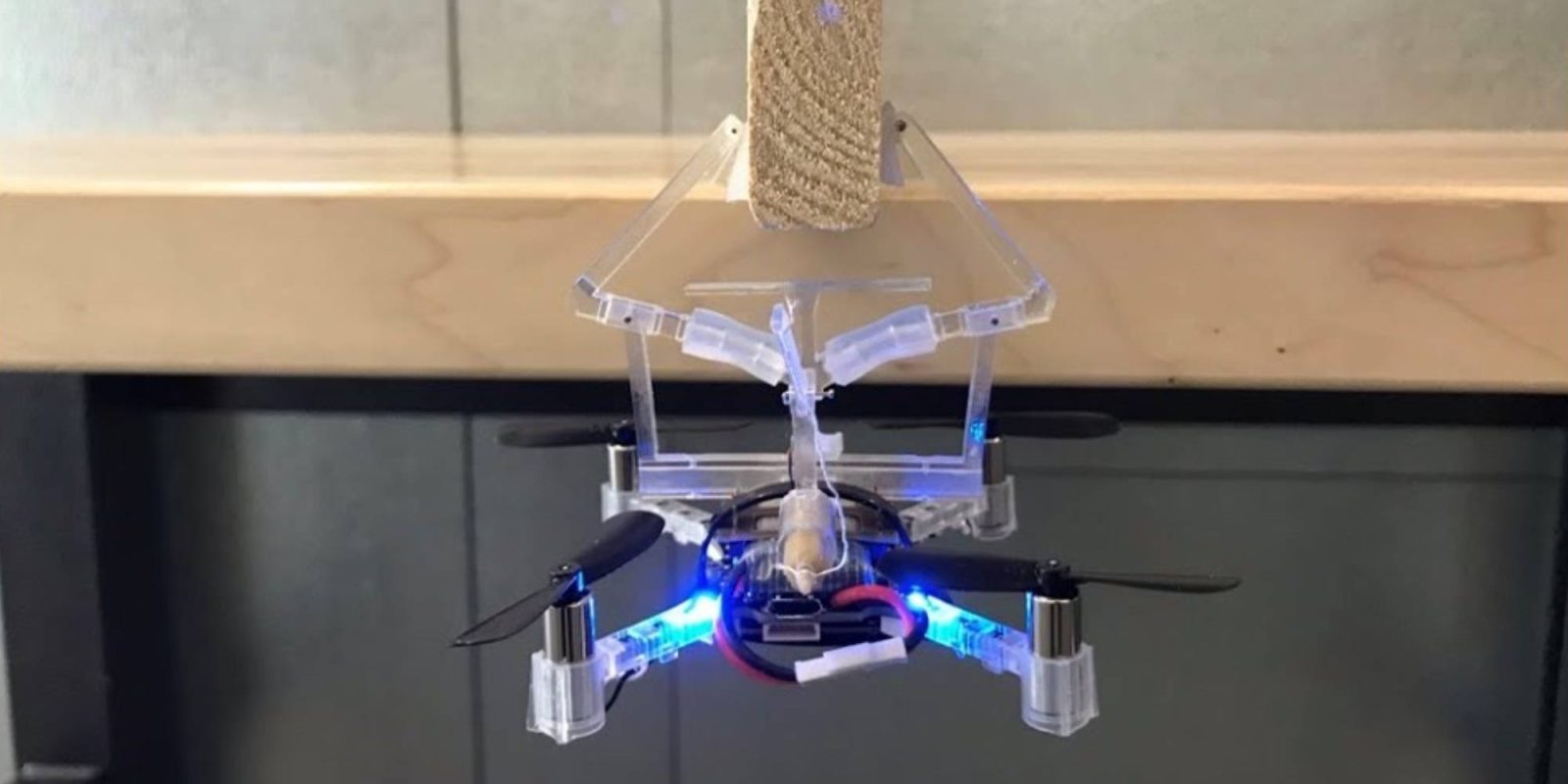 Engineers at Colorado State University have equipped a tiny drone with a mechanical gripper that allows it to hold onto objects. We’ve all seen the movies with the tiny drones flying in and latching onto an enemy building to hear inside. Now it’s a reality.

Quadcopter-style drones often stay in place by hovering until a move command is given to the drone. This way of staying in one spot isn’t the most efficient and produces noise.

This new drone, equipped with a gripper, can stay in one spot by holding onto a nearby object, using less power, and producing much less noise.

The engineers have used a third-party micro air vehicle (MAV) or micro-drone to base new research. The gripped is very similar in design to that found on the DJI RoboMaster EP Core. It uses a mechanical plunger that pulls a string, which closes the gripper arms together. The arms have rubber tips to allow a stronger grip.

Micro aerial vehicles (MAV) with multiple rotors, or multicopters, have many promising applications ranging from environmental monitoring, agricultural inspection, to package delivery. These applications, however, usually face a critical problem: the flight time of MAVs is limited due to the low aerodynamic efficiency and high energy consumption.

The rest of the abstract can be read here.

Due to the arms’ construction, they can latch onto objects of various sizes and stay connected until told to let go. To make the system autonomous, a large pad has been added in between the arms so that when it flies into an object, the arms pull closed automatically.

When it’s time for the arms to come apart, a small amount of electricity is sent to the plunger to release the arms. Other than that, the system doesn’t require any power to work, allowing it to be used in a much wider range of use cases.

Be sure to watch the video below to see how the mechanism works and the different ways the drone can hold onto different objects.