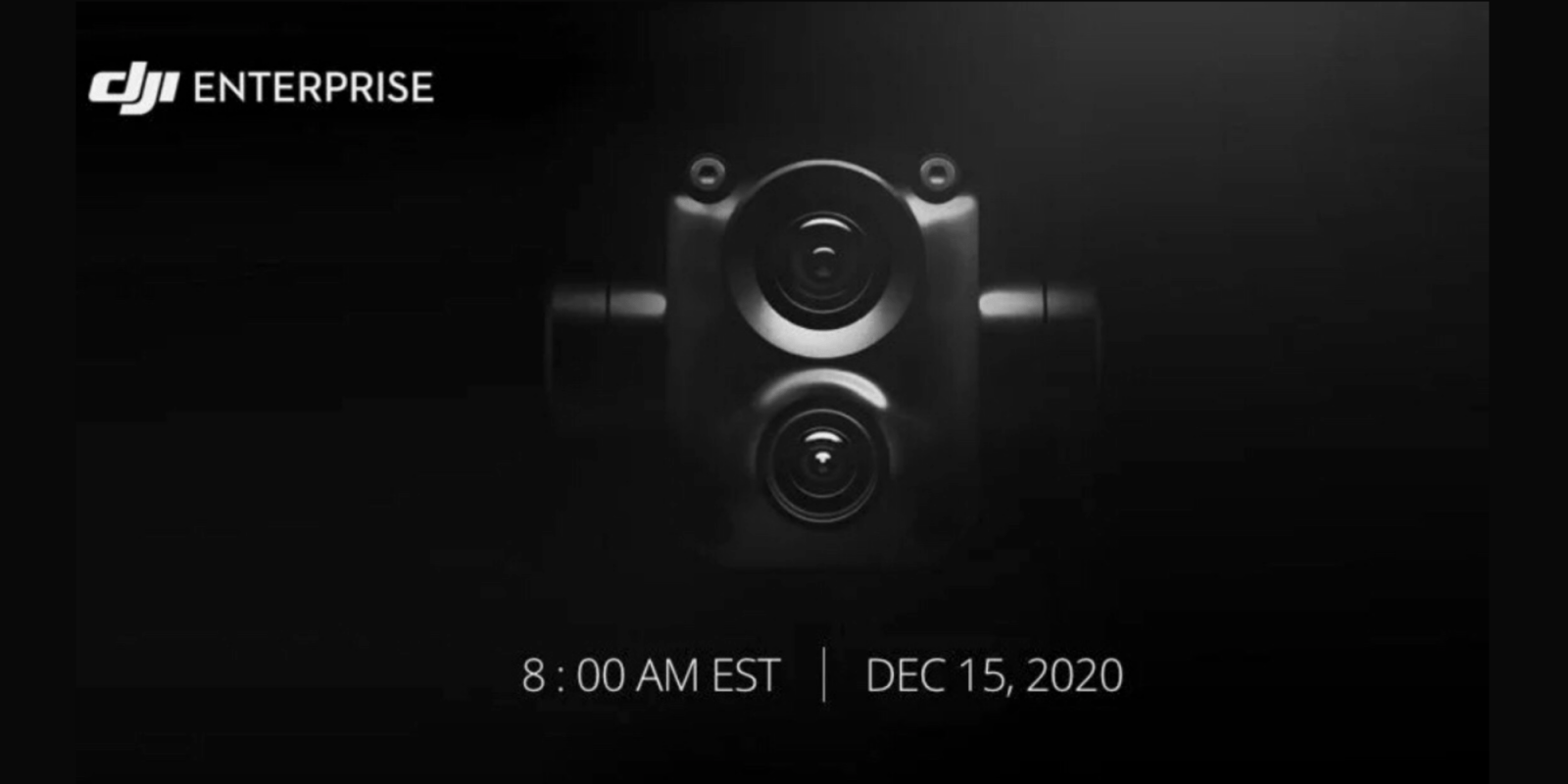 A new DJI promo has dropped. And it has some people excited that it might be the new DJI FPV drone. The image they’ve published certainly looks interesting, but it’s not the new FPV drone.

Tons of people in the drone world are excited about DJI’s new FPV drone. We’ve seen a ton of leaks by now, and we’ve tried to speculate on what the new product might offer. One of the most important things we’ve been wondering about is when this product will get released. So, when an official DJI Twitter account dropped a new image today, we got excited. Could this be the new drone?

Sorry, but we don’t think so.

Why don’t we think this is the FPV drone?

For one thing, the Tweet came from DJI’s Enterprise division. It handles the more industrial style drones that are put to work by industry, First Responders, law enforcement etc. So it wouldn’t be a fit. Secondly, let’s compare that image with what we’ve seen of the DJI FPV:

The image features two optical lenses, which leads us to speculate one of two things…

On that latter point, you might think: “Wait a minute — they’re both on the same gimbal. This wouldn’t offer any advantage!” And on the surface, that’s a great counterpoint. BUT, if one of those lenses offered zoom capabilities, it would make sense to offer a wider angle lens that still provides the pilot with a better overall situation perspective.

Unfortunately, we have no further knowledge about what this product could be. However, DJI’s Brendan Schulman did hint recently that DJI might have more products to come this year:

Our days start at 8 a.m. ET, so we’ll be tuned in for the announcement!