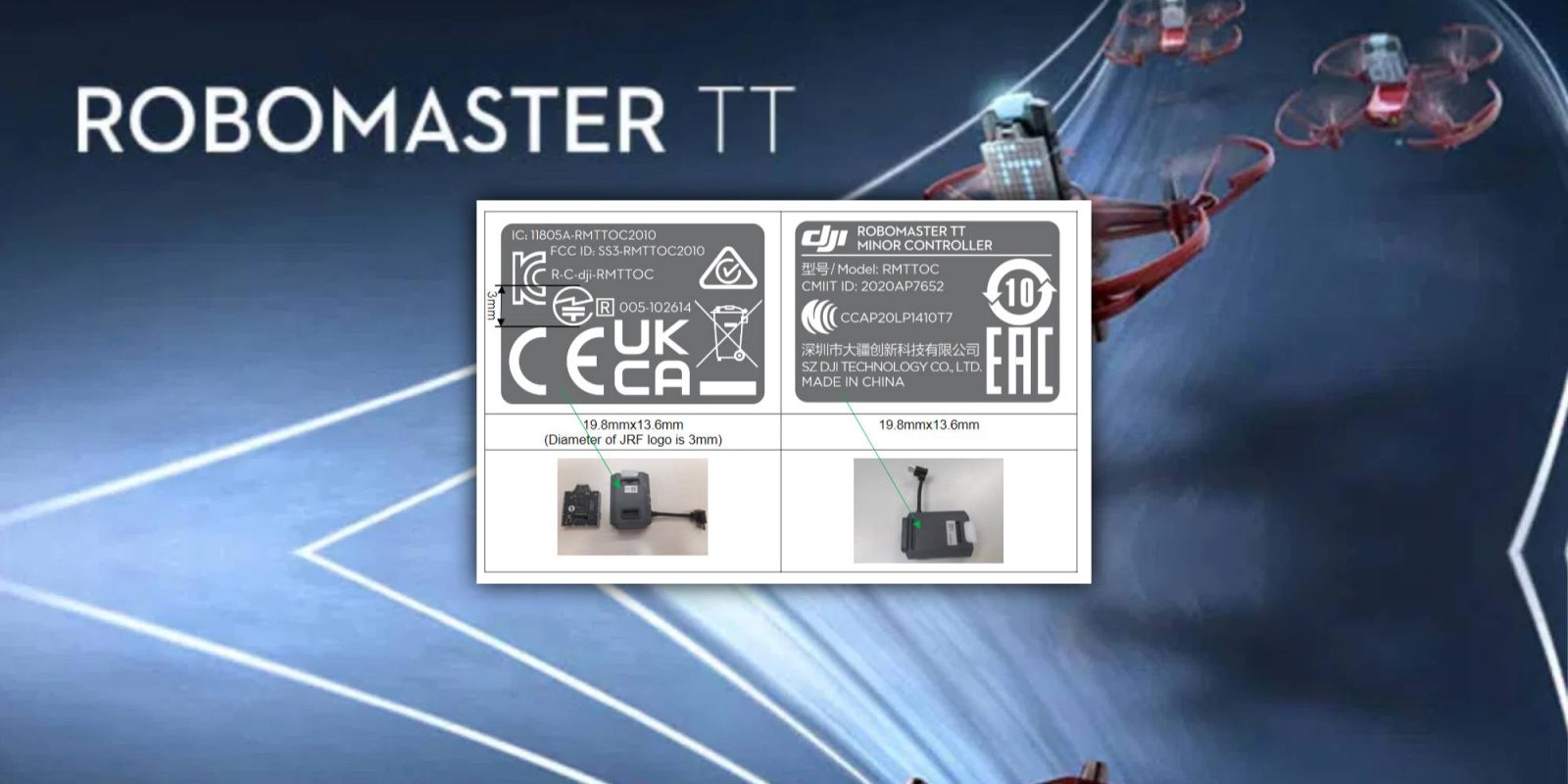 DJI’s RoboMaster TT, also known as the Ryze Tello Talent, looks like it will launch in the U.S. soon after a key component was added to the FCC database this month. The drone doesn’t look like it’s made its way to the FCC, but the LED display/expansion card has.

The listing has the component named the RoboMaster TT Minor Controller, with the FCC ID being RMTTOC2010. From the listing, we can see the new drone has both 5.8GHz and 2.5GHz WiFi.

Taking a look at the label and label location, we can see a full image of the part. The LED display attaches to the top of the drone and allows for accessories to be connected directly to it. Other than that, there isn’t much more we can get out of the listing.

The main thing is that it means the new drone is likely to be released in the U.S. shortly. DJI normally likes to have its products hit the FCC about a month before the announcement has been made. Although the actual drone has passed through, it might not need to. The drone itself looks to be identical to the original Ryze Tello with a new paint job. The new features and functionality come from the LED display module mounted on top.

The RoboMaster TT is an education-focused drone that uses open-source hardware and software to break down the barriers for beginners and children to learn code and control devices. The drone can be programmed using Arduino controller boards or Micro Python.

The LED module we saw in the leaks comes with the 8×8 LED display and a status LED for a visual coding experience and features a 2×7 pin connector on the rear for added connectivity. The connector can connect to third-party devices using I2C, SPI, UART, GPIO programming protocols and deliver 5V and 3.3V. It also has a time of flight infrared sensor built to measure the distance up to 1.2 meters.

The LED and expansion module appears to connect to the drone via a USB cable rather than the mounting point on the drone’s top. That looks to be a standard Lego connector to expand the possibilities even more.

The new drone uses a new 5.8Ghz Wi-Fi module to improve the connection stability with the drone and allows for more drones to be used simultaneously in a classroom environment.

If you want to buy the drone, you will have to be a school or educational institution, as it looks like you have to enquire to order the RoboMaster TT just like you have to with the RoboMaster EP Core. For this reason, we also have no idea what the price for the drone is, nor when or if it will come to the US. If you want to find out more, you can find the user manual and quick start guide.

A Chinese YouTuber appeared to get his hands on the drone just after the launch and shows off a few of the things you can do with the new connector on the drone. Their first video shows us how to use an infrared remote to control the drone. The second video shows off the drone avoiding obstacles using an ultrasonic sensor to tell it when it’s close to an object.