What a pro pilot thinks of DJI’s new FPV drone 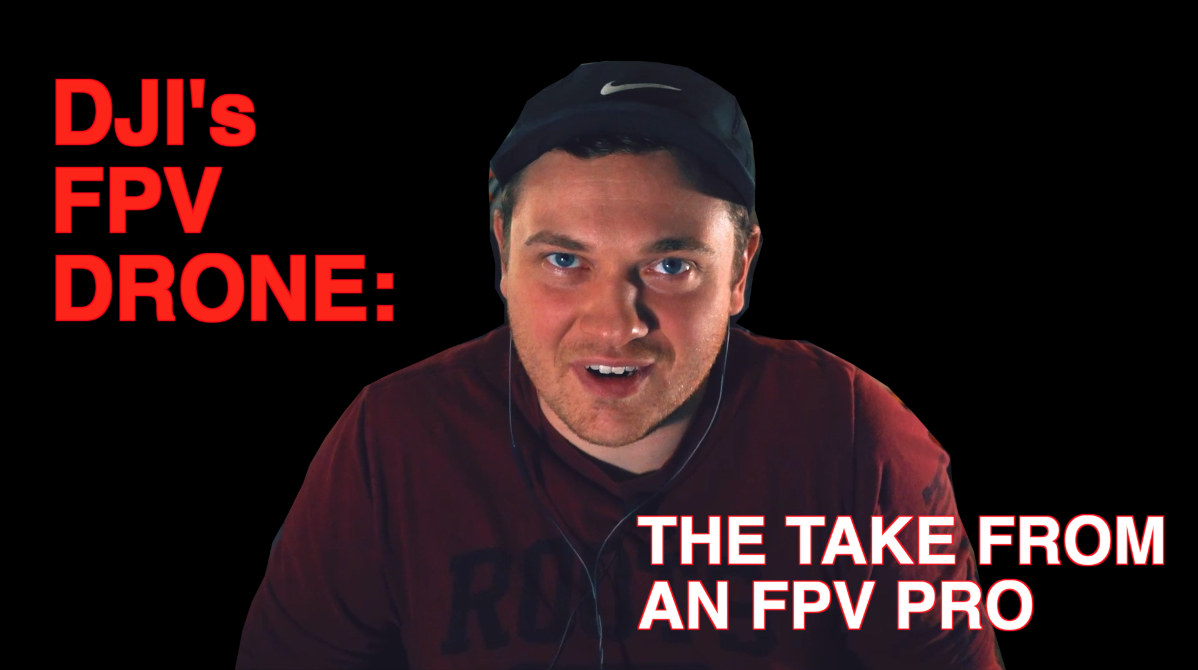 We’ve seen a ton of interest in DJI’s upcoming FPV drone – what is arguably the poorest-kept “secret” around. We’ve seen lots of people who can’t wait to fly it, and we’ve seen some hardcore FPV racers show everything from intense interest to downright contempt. We thought we’d ask someone we know and trust – and a leading FPV pilot and drone builder – for their opinion.

The world of drones may be growing at a phenomenal rate, but it’s still a small world. Odds are, if you’re into this field, it’s not long before you get to know a lot of the players. In this case, the guy you’re about to meet is a former coworker. We both worked together at a pretty interesting startup called SkyX, which builds drones for long-range inspection, reconnaissance, and security purposes.

His name is Eric Bell. And he’s a helluva pilot and builder.

Eric is at the top of his game — and I’m not saying that because I want him to give me FPV lessons. Seriously, he’s been flying for years and is a dedicated pilot. And his builds? They look, seriously, like they came from a factory.

So when the buzz around the DJI drone kept building, I thought it might be a good idea to get Eric’s opinion.

We sat down, each recording video at our own end, and talked for 26 minutes about the product. Eric had a lot to say… and it’s worth listening to. Oh, you’ll also get to see some of his amazing piloting skills in this video. So settle back, and hear the word from a pro:

Hope you enjoy this. Eric really knows his stuff!

Oh – check out his Instagram feed. Always awesome stuff on there: