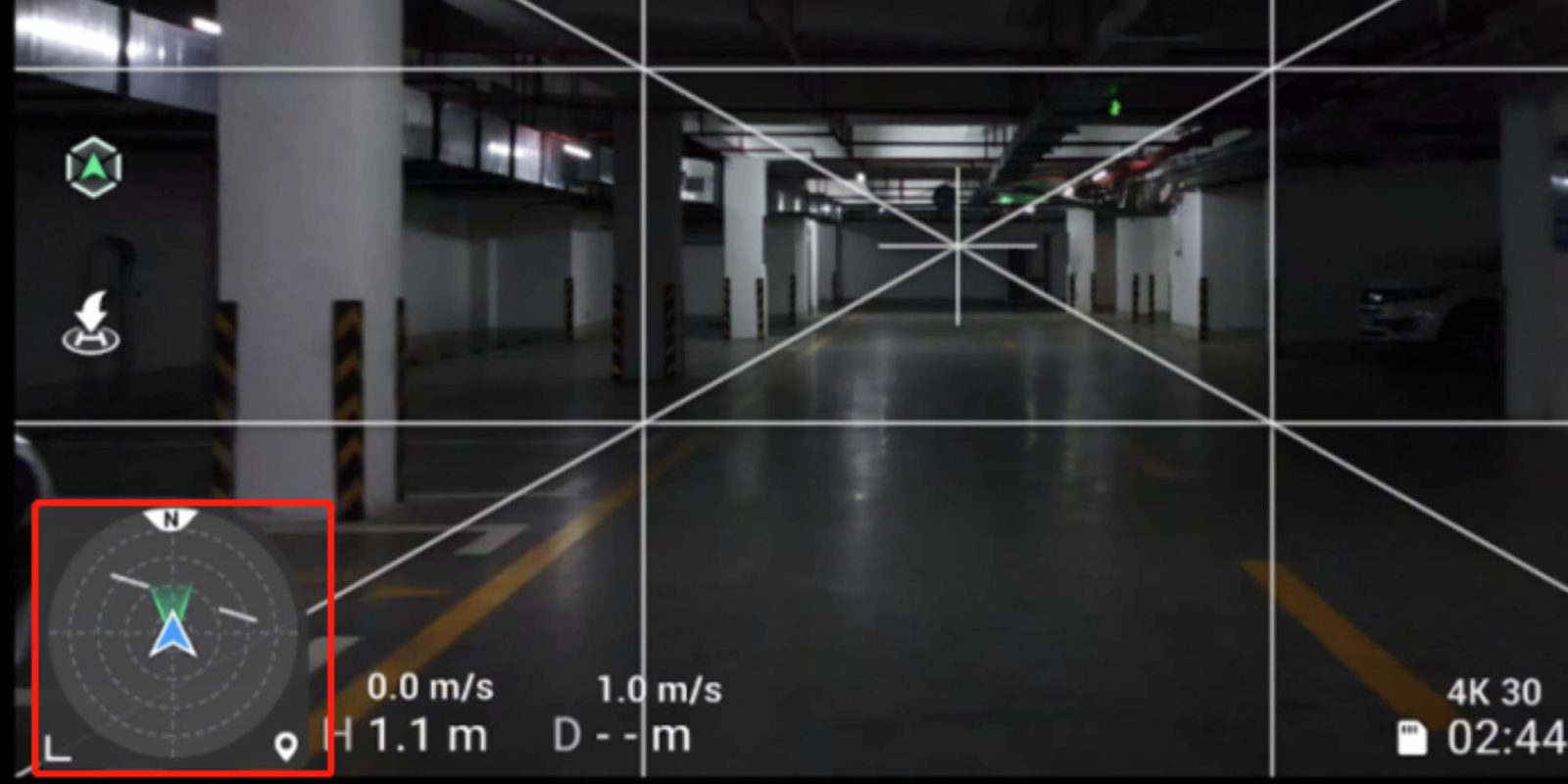 The DJI Fly app looks to be receiving a UI change in an upcoming version to simplify the interface and make it easier for new pilots to use it. The new compass-style positioning tracker looks to replace the one found in the bottom middle of the screen and allows you to see the drone’s movements in real-time.

The new feature was first shown off on DJI’s Chinese forum by a user that managed to get their hands on an internal version of the DJI Fly app.

From the looks of things, DJI has updated the map and location tracking part of the map to condense it down into one area and make it simpler to use.

In the current version of the app, there is a small map icon in the bottom left corner. Clicking this opens up a larger map showing the controller location and the drone. The only thing you can do from here is to click on the map to make it fullscreen.

In the new version of the app, the first part is the same. Once the map is open on the screen, a direction button that once clicks opens the new compass-style location tracker. Once this is open, you can see where north is and the direction you are facing.

When the drone takes off, a line on either side of the controller maker shows up and displays the drone’s movements in real-time. According to the post, they move up and down and tilt left and right to give you a little more information on the drone when flying far away. To get back to the map, you can click the map button.

The comments on the post seem to go both ways. Some people say they like the new interface, while others would rather use the current one or the one found in the DJI GO 4 app. We aren’t aware when the update will come out or if DJI will scrap it before it hits public release, but it shouldn’t be too far off.