DJI’s new FPV drone gets down and dirty in photo 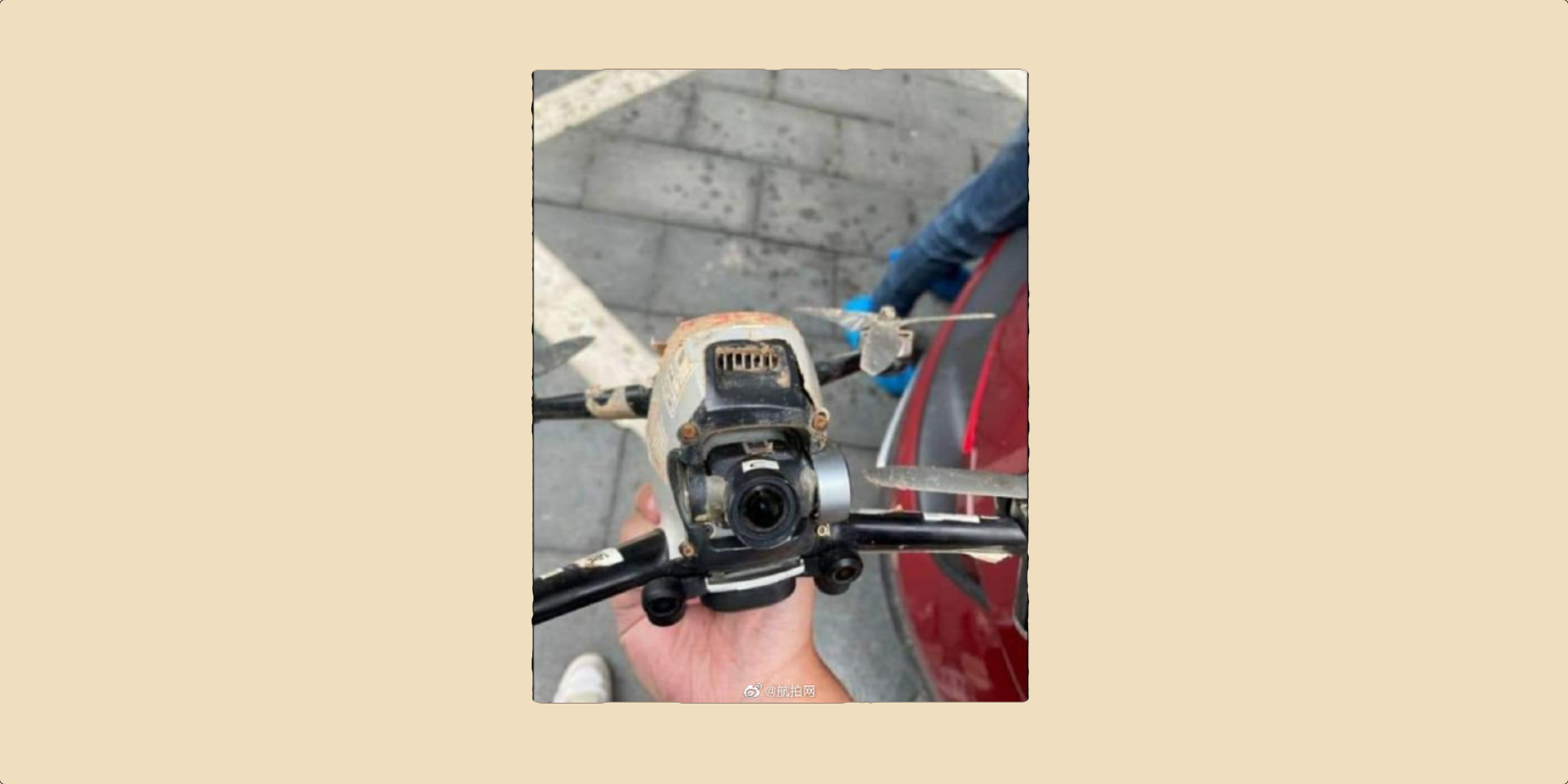 An image from Chinese social media shows a drone that’s done a face plant or two. This is definitely not an authorized product shot.

To the best of our knowledge, nearly anyone handling DJI’s new FPV drone prior to release would fall into one of two categories: They’re either a DJI employee who would face being disciplined or fired if they leaked, or an external party that has signed a nondisclosure agreement. This includes the people at the FCC who put this stuff on the bench to check transmission strength, frequencies, etc. Quite simply, people are not supposed to leak images or information about new products.

But people still do.

Another image on Chinese social media

We were delving into some Chinese social media when we discovered a new-to-us photo. It shows the DJI FPV drone in a somewhat interesting light: covered with mud and with what appears to be some damage:

Does that look pretty dirty? You bet it does. What’s more, it appears that the black plastic bit that’s above the camera has been crunched in. It’s not fitting snug with the canopy on the right, and you can see elsewhere that the fit is off. The canopy itself no longer seems to be resting snugly against the rusty-looking hex bolt. So this is definitely a shot that was leaked without DJI’s knowledge (and we do think, on occasion, there are deliberate leaks). There’s just no way DJI would want an image of its drone looking filthy and damaged out there before release. (Trust us, there will be no shortage of such photos after release.)

What else does this photo tell us?

What we’re interested in here are the forward arms. We had noted earlier that they seemed to be beefy, but here we can tell more clearly that they’ve been fabricated in a more aerodynamic shape reminiscent of an airfoil. This design choice would likely have been made in order to add additional rigidity to the forward arms (which are more likely to take a strong impact than the rear arms) without adding significant drag. You can see this feature in this image, which appears to show the drone hovering:

Look at that hover

The shot immediately above shows how that arm is designed like an airfoil, though all those stickers won’t help the laminar flow. But this photo is also interesting for another reason: It appears to show the drone in hover mode.

We have predicted that DJI’s FPV drone would not be like racer drones. It would have all of the stable features DJI is known for, including Position Hold, GPS, and Return-to-Home. It will be capable of flying fully like an FPV racing drone, but that’s not its primary purpose.

The SUV of FPV drones

We’re gonna say that this will be like a luxury SUV. Many added features in the software, a comfortable piloting experience, all that stuff. And this photo, unless it was taken quickly as the drone was lifting off, appears to clearly show it in a hover. It also makes sense that the hover would involve the body at this odd angle, because the rear arms and motors appear to be affixed at a higher point to the fuselage than the front motors. You can see the difference in the photo on the combo box, if you look carefully:

If you check it out on the box, it’s clear the rear arms and motors are higher off the ground than the forward arms and motors. That would give the drone the unusual fuselage angle seen above during hover with all motors on the same horizontal plane.

And so… we wait

As we’ve said before, we figure it’s too late for a 2020 release of this product, which we have previously guessed will retail around $1,500 for the combo. But given the speed at which leaks are coming – which always happens when we get closer to release – we’re guessing earlier rather than later in 2021. One online post suggests the date of January 8 has been set, but we’ve heard nothing to confirm that.

But. We now do know what it looks like covered in dirt.