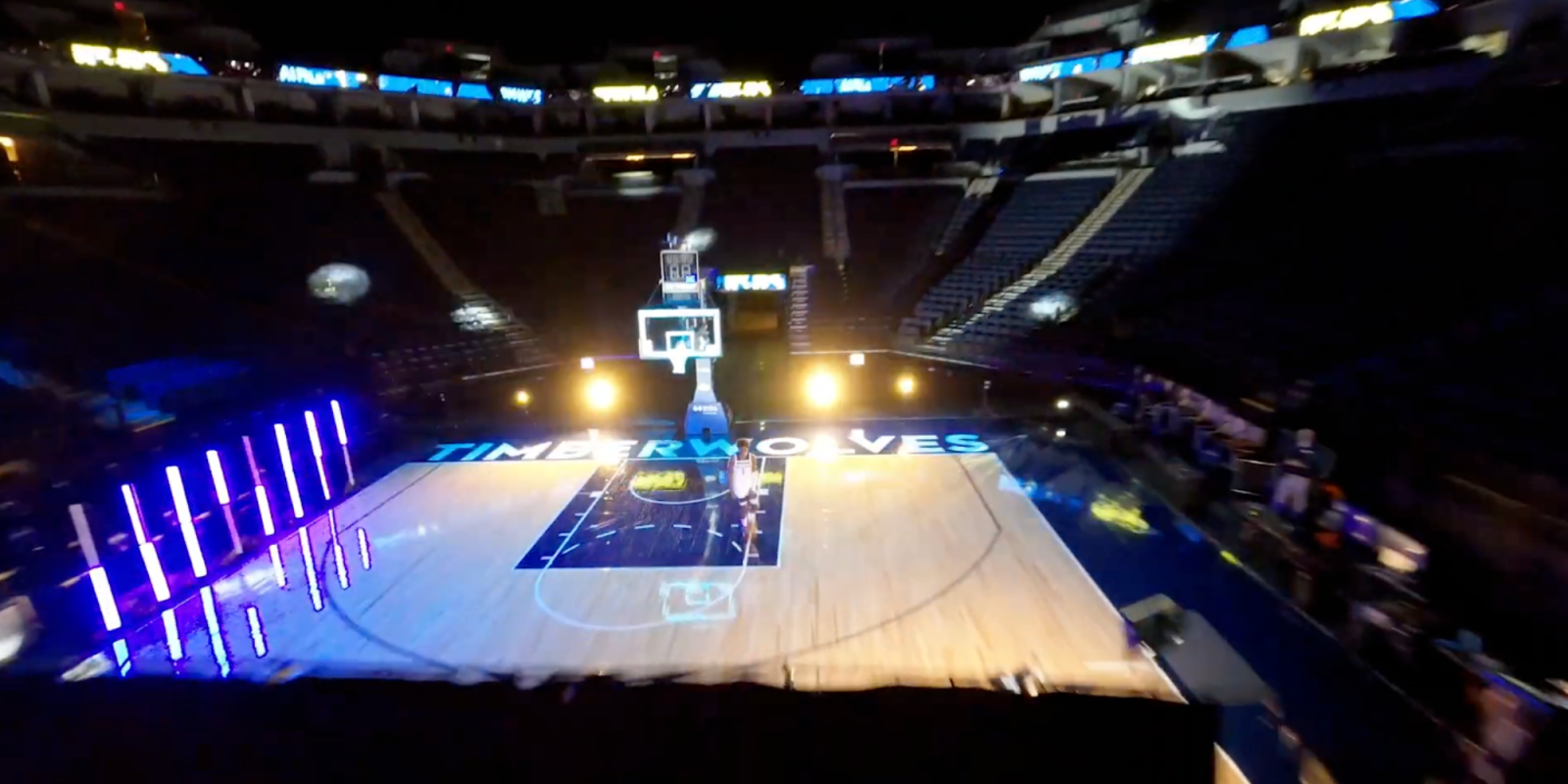 What do drones have to do with the NBA? Well, when it comes to the Minnesota Timberwolves – plenty. Just wait until you see their new ad, shot with an FPV drone and a very skilled pilot.

Wherever drones go, the world of marketing isn’t far behind. It began with advertisements that featured drone shots. It evolved to seeing drone light shows being used for product launches, such as this record-setting event on behalf of Volkswagen. And the latest? Well, you all know by now that flying FPV, especially with a CineWhoop-style drone, can produce really stunning videos. And now, it appears, the Minnesota Timberwolves know as well.

You’ll see in a sec.

One of the things FPV can do far better than cranes and dollies is a continuous reveal shot. As the drone moves from location to location, the viewer keeps discovering things. We recently featured this video from Danny McGee, which is a great example of the genre:

The Timberwolves and FPV

It’s been a difficult year for everyone, including professional sports leagues. COVID bubbles, the lack of spectators, and more have been challenging for the NBA. So it’s great to see this spot from the Minnesota Timberwolves franchise. The team is part of the Western Conference, Northwest Division. And it’s apparently stoked for a game that will take place tonight (December 23) vs. the Detroit Pistons.

How stoked? Well, it put together a gorgeous FPV video that takes the viewer from the street and inside the Target Center. After that? A variety of pre-planned scenes, all captured expertly by the FPV flight. There’s even awesome audio editing done in post-production. I mean, you can even hear the crosswalk beeping before the drone flies into the Target Center.

So turn up the volume, then watch. And listen:

If you’d like to maximize your view of that flight, you can also catch it on the team’s YouTube channel here:

We like this video for a few reasons. The first, obviously, is because of the amazing piloting. We also enjoy getting a “behind-the-scenes” look inside the Target Center, along with the great audio editing in post-production.

But the main reason? This video makes us excited about the game, during a year when there haven’t always been things to celebrate. Well done, Timberwolves! And good luck against the Pistons tonight.