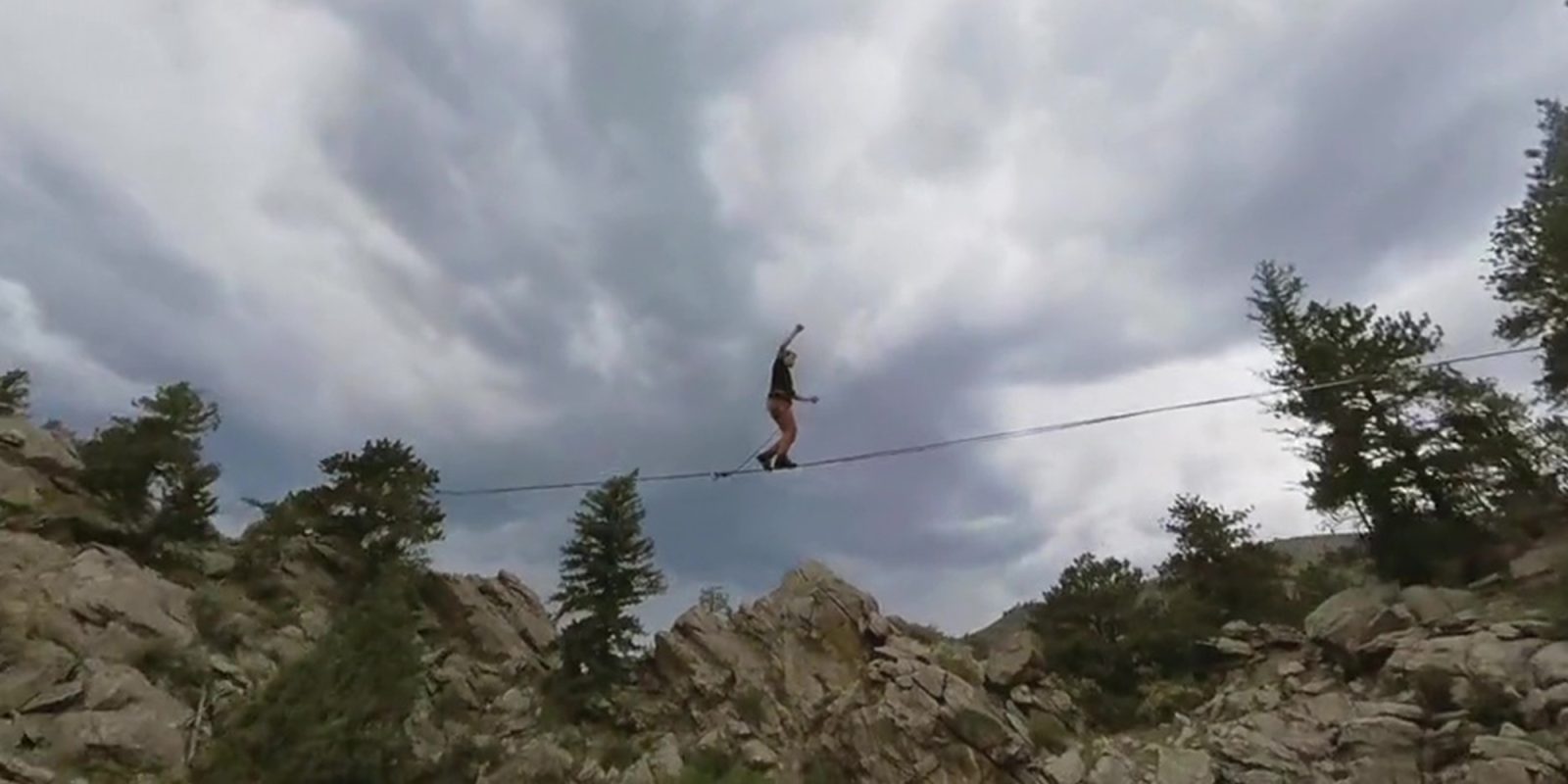 Let’s start the New Year with some real stomach-turning FPV visuals from a Denver pilot who builds his own drones. Will Strathmann’s work recently aired on a FOX TV program featuring the local man’s work. And it’s daredevil piloting that’s too good not to share.

Strathmann is a freelance cinematographer who only recently began flying and building FPV drones. He takes them along with him during Rocky Mountain hikes and captures really frightening video as his drone nearly scrapes the mountain tops at 80 mph.

“I really first discovered FPV drones last year in 2019. I was on YouTube and saw a video of a guy flying FPV and my jaw dropped,” he said. “There were a couple of guys who started using it for filmmaking. As soon as I saw that, my brain just started going.”

Strathmann’s dazzling drone videos have gone viral before, like when he released his dawn flyover of Denver’s Wells Fargo Center.

“The shot I had in mind was as the sun was rising and reflecting off those windows at the top of the building. Then as (the drone) goes over the side, to be able to do a dive down, was something much more dynamic and interesting and different than (what) people are used to seeing,” Strathmann told FOX31.

Readers of DroneDJ know how popular FPV drones have become. DJI may enter the market with its own FPV drone as early as next month.

“At the crossroads of FPV and professional filmmaking, it’s really just the beginning, and that’s really cool to be a part of,” Strathmann says.

Here’s the full FOX 31 feature. It’s worth watching. But maybe you’ve only got time for the highlights of a daredevil dazzling with drones. We watched it so you don’t have to.

Race down the mountain: 0:00, right off the top

But whatever you do, don’t miss the sequence at 7:34. It’s a 360 camera shot of a tightrope walker that shows off Strathmann’s skills as a pilot. And it really shows the skills of the performer as he walks a tightrope across a rocky Colorado valley. He seems unfazed as the FPV waltzes beside and around him.

Some people just have more trust than others.