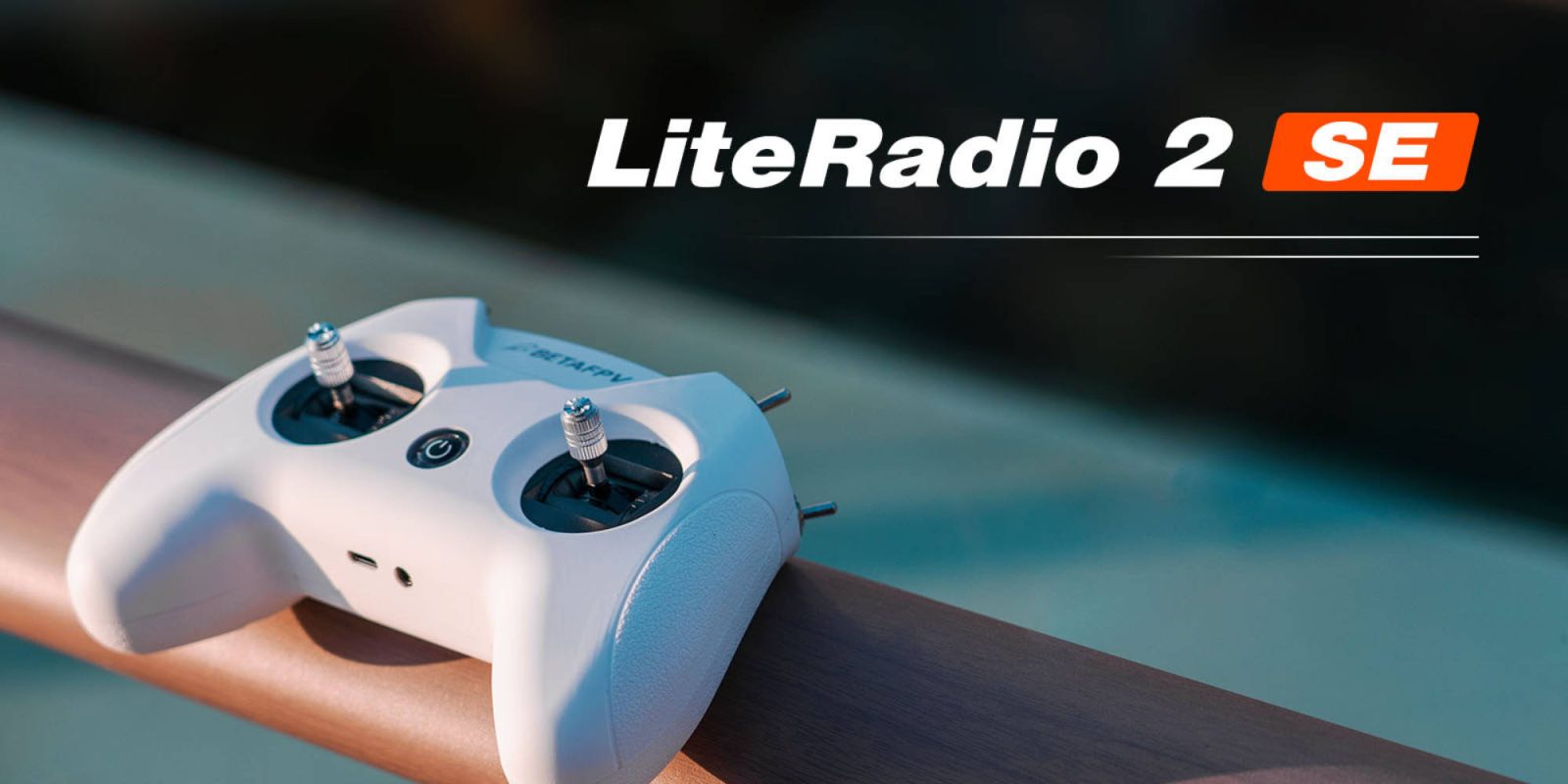 FPV drone manufacturer BETAFPV has launched its latest drone controller, the LiteRadio 2 SE, with improved specs over the previous generation. The updated controller features a much larger battery, higher power transmitter, and more.

The lineup of LiteRadios from BETAFPV is meant to be an easy way for newer pilots to get into the hobby without having to spend a lot of money on components. With a price tag of just $39.99, the new 2 SE controller builds upon this with some great improvements.

Taking a look at the new controller, it now uses a customer LiteRadio firmware from BETAFPV, allowing you to update the controller with new versions and calibrate the joysticks without the need for external software. The RF transmitter has seen a 20mW gain in power, taking it to 100mW for improved range and a sturdy connection to the drone.

The controller also has a new built-in 1000mAh 1S battery compared to the 1S 350mAh removable battery in the previous LiteRadio. This allows it to be used for up to eight hours on a charge. The controller now features a USB-C port for charging and update the firmware – a must for new products in 2021.

The new controller also supports all the protocols you could want – Frsky D16 FCC/D16 LBT/D8, Futaba S-FHSS, Bayang – with the ability to switch them directly on the controller easily. Since the same plastic mold is used, there is still a rear battery door without a battery connector. Maybe a good place to store a spare Whoop battery.

Everything else not mentioned above is the same as the LiteRadio 2. I’m not too sure if it will work in the Drone Racing League’s simulator just yet, as the LiteRadio 2 does. I expect support to be added for it soon. You can use it with the BETAFPV simulator as well.

If you are interested in getting started in FPV drones, BETAFPV has updated its beginner and advanced ready-to-fly kits with this new improved controller.