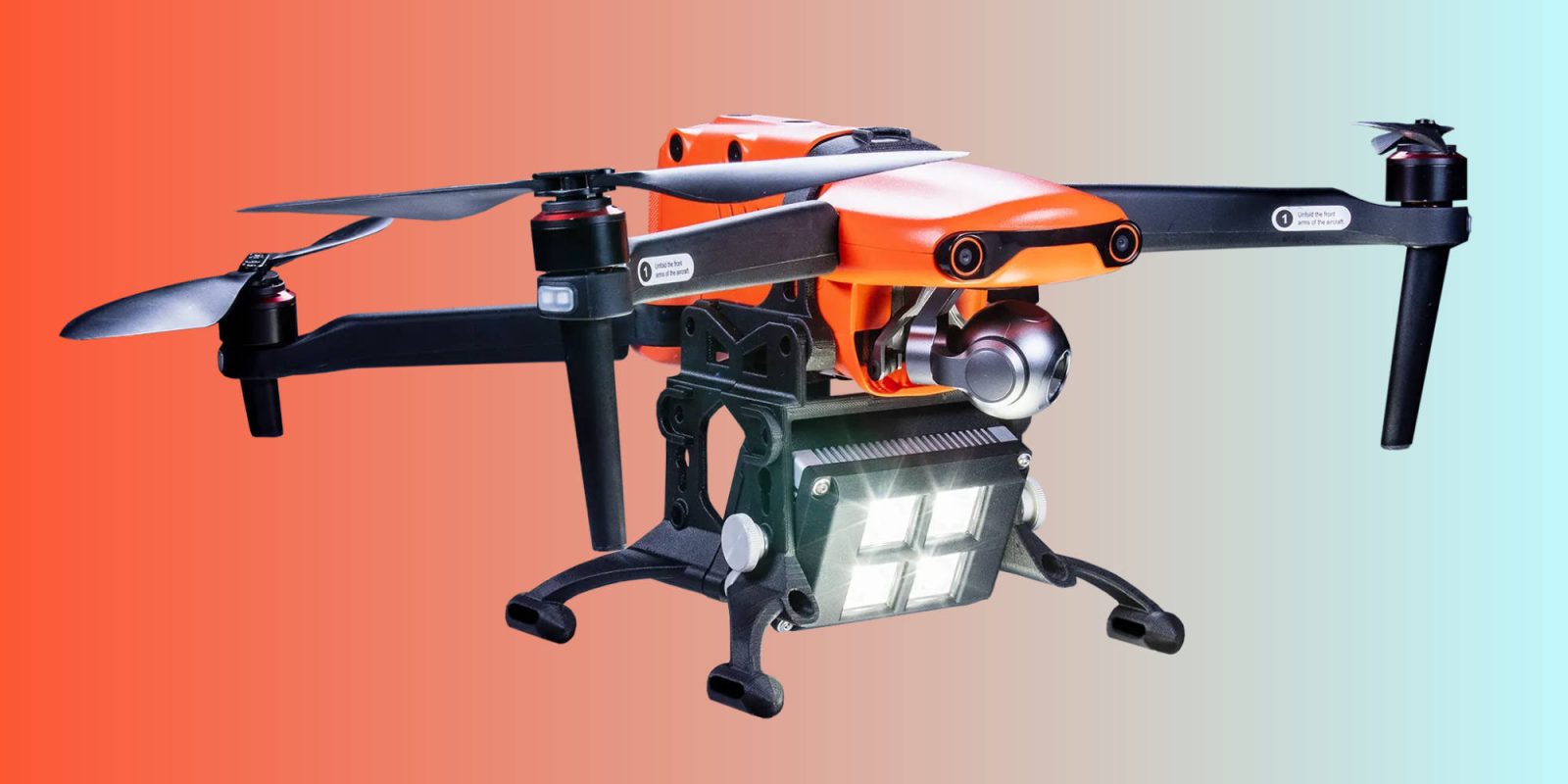 FoxFury and Autel Robotics have once again worked together to produce the D100 lighting system for its EVO 2 series of drones. The new light system uses Osram LEDs and turns the EVO 2 into the perfect search and rescue drone.

The new D100 consists of four smaller LED modules arranged in a square to give 2300 lumens at an angle of 60 degrees from an altitude of about 200 feet and was announced at CES 2021.

The lighting system has a run-time of 70 minutes and attaches to the EVO 2 with a special mount called the EXOLANDER. The mount also gives the drone new landing feet and has 10 mounting points for more lights or other accessories.

Advertised on the same page is a payload delivery system that looks to mount to the EXOLANDER. The combination of a bright spotlight and a payload system seems like the perfect pair for people stranded far away from rescuers or someone who needs medical attention immediately.

Locate the person using the drone and then drop off supplies or medical equipment once located. This would be especially good as it could be the difference between someone surviving that extra time needed to rescue them safely. The system has also been tested with a 400-foot safety line for a swimmer drowning.

Autel originally partnered with FoxFury to produce a lighting solution for the original Evo drone and was so happy with the product that it has chosen to work with the company again.

It then released the D3060 and D10 lighting solutions. The D3060 is a 360-degree light that can be used at 30 and 60 degrees to provide lighting in all directions. The light uses a USB-C connector to charge its LiPo battery, which can last up to three hours and can reach a maximum brightness of 200 lumens.

The D10 is a multi-function utility light with a 30-degree LED that operates in continuous or strobe light modes. It also comes in an IR version. The light uses a USB-C connector to charge its LiPo battery, which can last up to three hours and can reach a maximum brightness of 200 lumens.