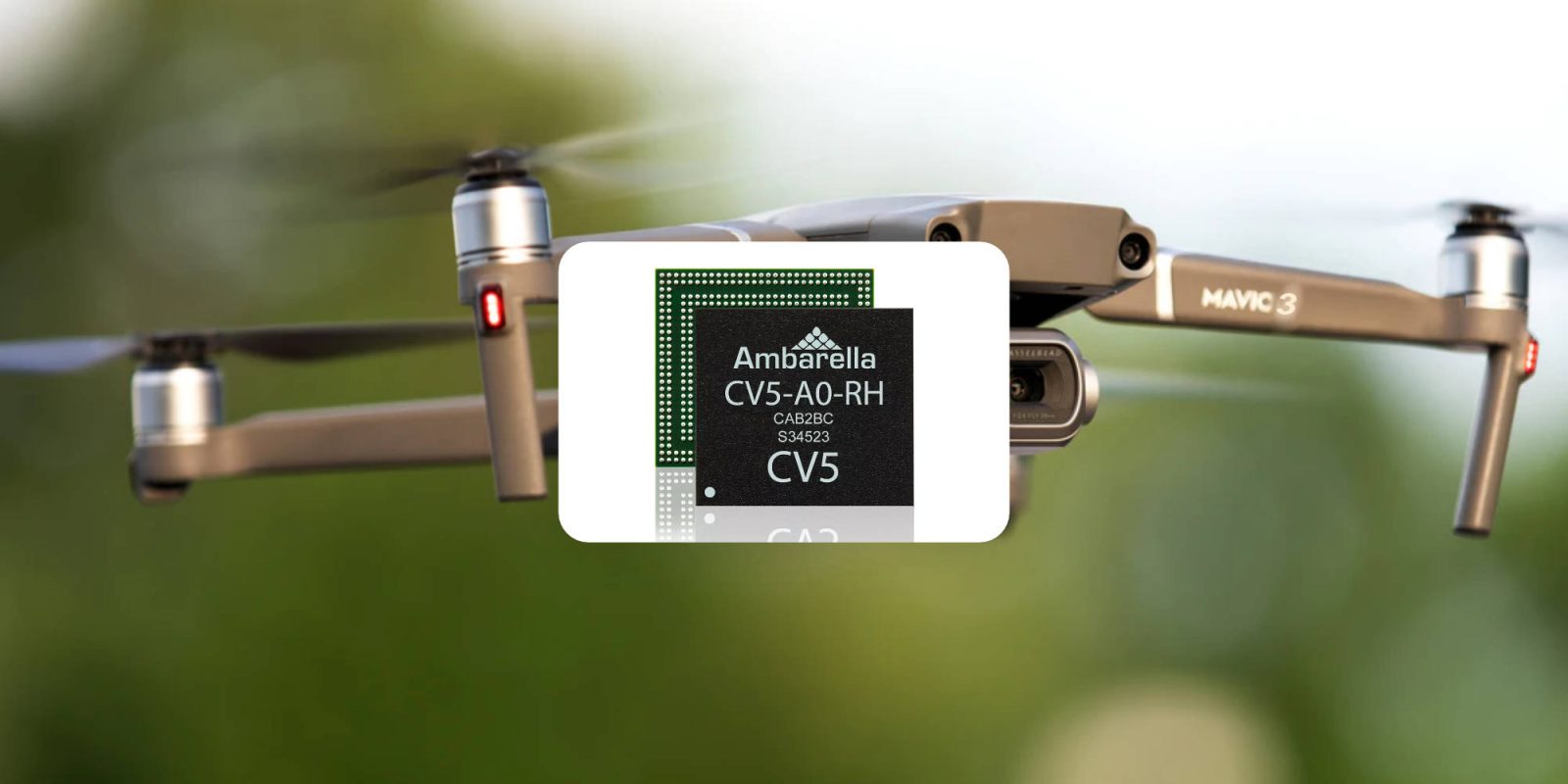 During CES, chipmaker Ambarella announced its new CV5 processor capable of 8k 60 fps and 4k 240 fps video. Looking back, past DJI drones, such as the Mavic Mini, have used Ambarella processors – so let’s take a look to see if the upcoming DJI Mavic 3 will also use it.

Get to know the CV5

Looking at Ambarella’s marketing information on the new chip, some pretty impressive features will allow future drones to take it to the next level.

The most notable on the list is the supported resolutions. The CV5 can support video at up to 8k 60 fps and 4k 240 fps. This means that Mavic 3 or a future drone can have the ability to shoot in 8k, putting it in line with the EVO 2.

The 240 fps at 4k is also very impressive, allowing for slow-mo video to be captured at a resolution high enough that it can be cropped and zoomed-in post. The 8K video can also have this done to make this CV5 chip perfect for drone companies, including DJI, to use.

The new chip also supports the H.265 HEVC video codec, HDR, and WDR, and the rest of the standard features we have come to expect from high-end camera-equipped drones. The CV5 chip is produced using a 5nm process, which allows it to have impressive power consumption levels. When recording in 8k 30 fps, it uses less than 2 W. In 8k 60 fps video, it uses just under 5 W, leaving more than enough battery power for the rest of the components on the drone.

The chip also comes with the company’s CVflow vision engine. This allows a drone, for example, to be integrated with a neural network, which would likely be used in image recognition scenarios. This would likely improve DJI’s ActiveTrack and automatically detect faces and other objects and improve dynamic obstacle avoidance.

The chip’s target application is described as being for drones, sports cameras, robotic cameras, VR cameras, and self-driving systems. So it is very likely that we will see this chip in everything from the latest action camera to a fancy self-driving car.

Will the DJI Mavic 3 have it?

We all know that the Mavic 3 is slated to come out sooner than later. There have been possible leaks and comments made about the upcoming drone. As the Mavic 3 has likely been in development for some time now, DJI has most likely finalized something as important as the chip powering the camera.

On top of that, Ambarella’s VP of marketing and business development, Christopher Day, told CNN that it takes around a year for products to use the new chips. Together, these two things make it highly unlikely that we will see this CV5 chip in the Mavic 3.

Since the EVO 2 lineup from Autel Robotics features 8k and 6k options, there is no doubt DJI will want to match or even up that. DJI doesn’t only use Ambarella chips – it has previously used the Allwinner H6 in the Mavic Air 2, which could mean working with either company to get access to a newer chip before it is publicly released.

DJI creating its own chip?

Another thought that I’ve had is that DJI might be working on its own image processing chip. If you have seen recent news, the company is reportedly working on its own self-driving technology. While there isn’t much info surrounding the news, DJI will likely be working on its own processor to go along with the tech. This would mean it doesn’t have to rely on other companies to support the features it wants in its latest products.