The most epic drone rescue video ever?! Mavic 2 saves a friend 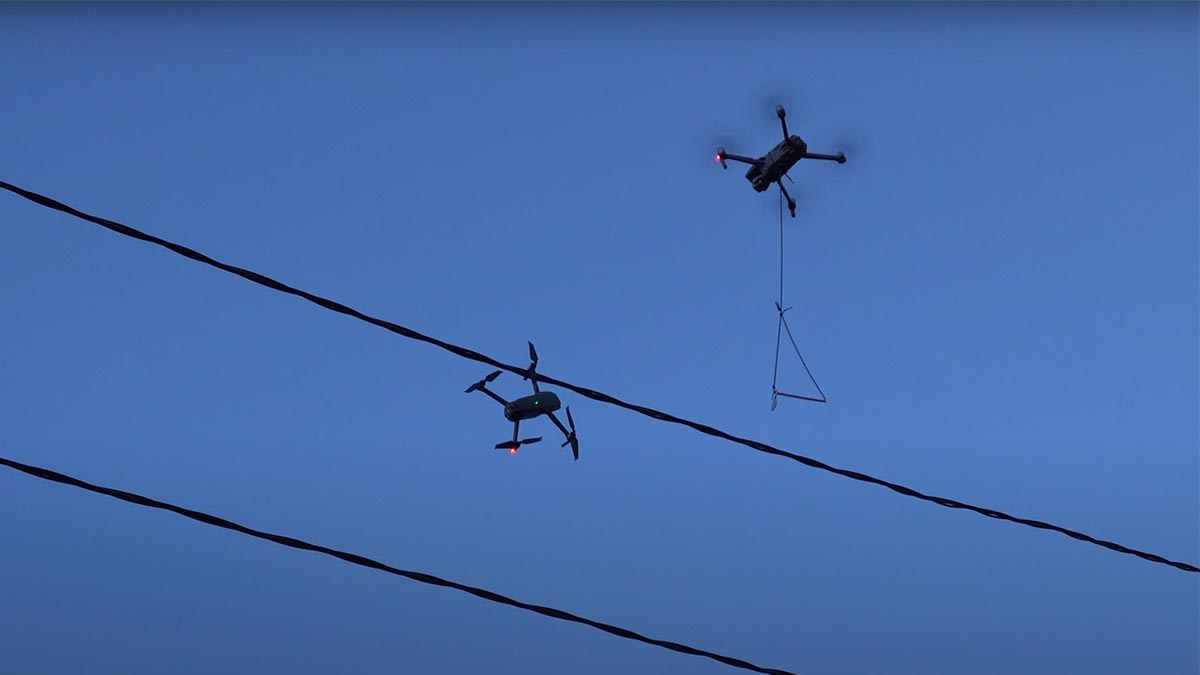 This happens to be a funny story from a few years back when the Mavic 2 was first released. We took the drones out to fly but encountered quite a funky situation that resulted in one of the more unique drone recovery missions I’ve witnessed.

After my buddy pushed the “Return Home” button, he got disconnected from his controller. The drone thankfully knew where to fly back to, but didn’t make it back safely. On its descent just before getting connection back, it got caught on a wire about 15 feet above us.

The drone was so perfectly balanced up there, which blew our minds. Even with a little bit of wind it was able to hold its position. We knew we had to get it down without causing any damage to the drone or the wire.

Our first thought was to throw something up there and nudge it off. However, we knew that wasn’t really too safe or controllable. Next, we looked into standing on top of a car or calling someone who could elevate us to that level. It was getting dark quick, and that didn’t seem like it was going to work in our time frame.

At this point we were just three drone friends standing around staring at a new Mavic 2 Zoom hanging on a wire. After debating previous options, we then decided to use the Mavic 2 Pro to pull the other drone off the wire without it falling.

Next up, we needed a lasso. Thankfully our good friend Martin Sanchez had an extra pair of shoes in the trunk. On top of that, he had just polished off a fresh iced coffee from Dunkin with a straw. With these two ingredients, we were able to construct an open lasso. By simply putting the straw over the shoelace and adding a small key chain for weight, we were able to center the lasso to the Mavic 2 Pro for the rescue.

Because of where the drone was located on the wire, we weren’t so concerned about the electricity doing any harm. It was dangling on a single wire that was covered and a few feet above the other wire. We were pretty confident this was going to work. In the end, we decided to film it with the help of a ground camera and a third drone, the original Mavic Pro.

Being the pilot on this drone rescue mission was a fun challenge. I really didn’t want the lasso getting tangled in the props of the drone I was flying, nor did I want to bump the other drone off the wire by accident. I remained calm and gently swept under the motor and prop so I would have some grip to lift. Once I was able to hook it like that, I knew I would be able to pull it out and bring it down safely.

Though this is a fun video and the rescue went smoothly, it is important to remind everyone that things can always go wrong when you fly. Every incident will teach you a valuable lesson. In this case, we learned that Mavic 2 can lift its own weight and still fly. I must say, we were all quite impressed by that. It makes this DJI Drone look pretty dang good. What do you think of this drone rescue mission? What would you have done?