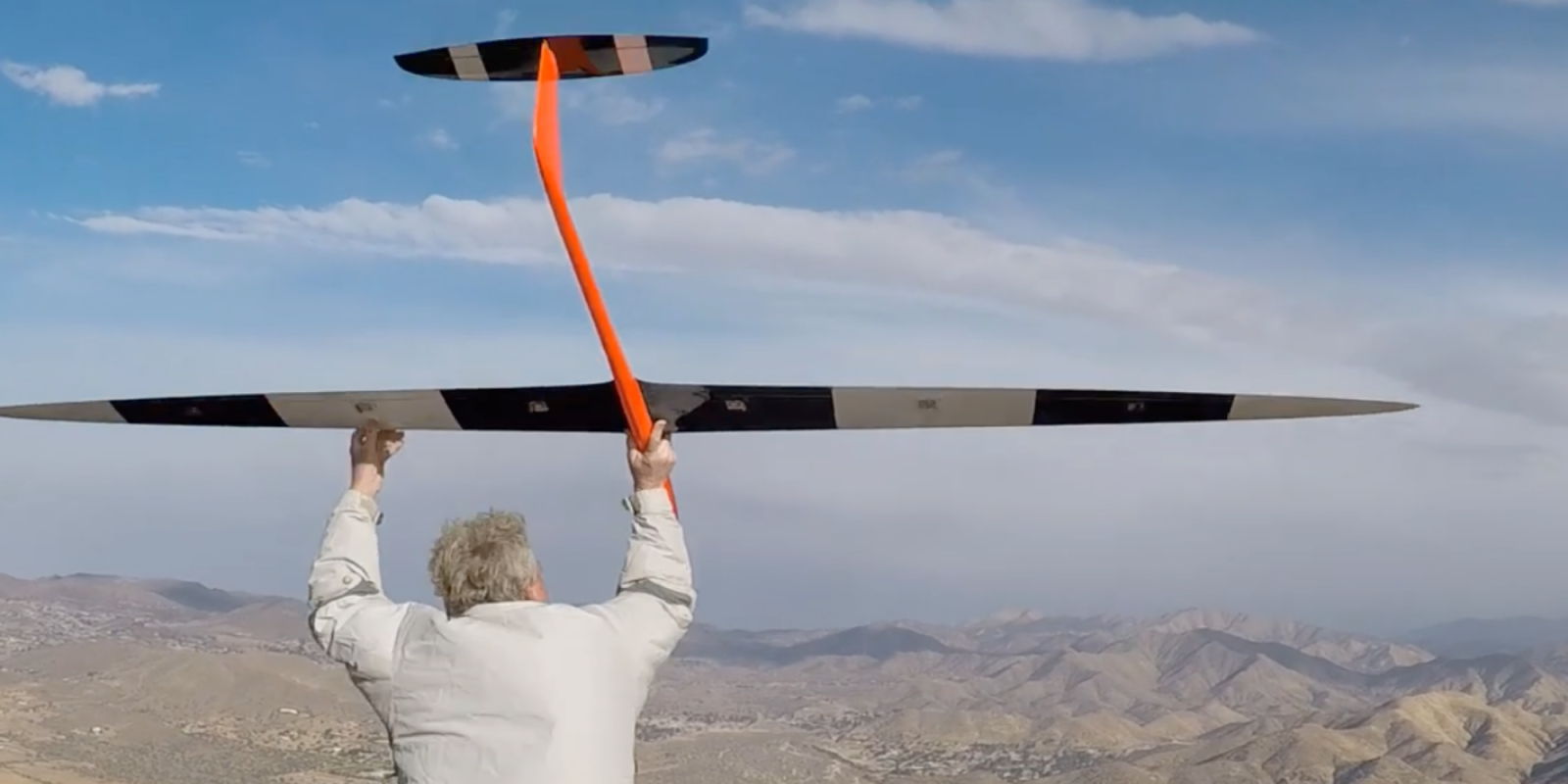 We’re normally all drones, all the time. But something remarkable happened in a side-sector of unmanned aviation: A pilot flying a specialized R/C glider has captured a new global speed record. It’s so remarkable we figured people into drones would appreciate the accomplishment.

When I first heard about a specialized R/C sport called “Dynamic Soaring,” I had to give my head a shake. A friend pulled up a YouTube video where a special glider, operated by remote control, was flying well more than 500 miles per hour. It was also flying in a very rapid elliptical pattern that just seemed to keep giving the aircraft more and more energy. Really, I could scarcely believe what I was seeing.

Now, a pilot in California has gone one further: He’s broken the world record.

What is Dynamic Soaring?

If you haven’t heard of the sport, that’s not surprising. It’s a very specialized type of flying that requires a very special aircraft – and very special geography. As a result, there aren’t a ton of people who pursue this.

But there are some. And there’s a particular spot in California where the conditions are conducive to high-speed flights.

Dynamic Soaring works by flying an ellipse between two air masses in relative movement. It’s a bit complicated to explain, so rather than re-write what’s already online, we’re going to quote here from the Wikipedia entry for the sport:

Radio-controlled glider pilots perform dynamic soaring using the leeward side of ground features such as ridges, saddles, or even rows of trees. If the ridge faces the wind, and has a steep back (leeward) side, it can cause flow separation off the top of the hill, resulting in a layer of fast air moving over the top of a volume of stagnant or reverse-flow air behind the hill. The velocity gradient, or wind shear, can be much greater than those used by birds or full scale sailplanes. The higher gradient allows for correspondingly greater energy extraction, resulting in much higher speeds for the aircraft. Models repeatedly cross the shear layer by flying in a circular path, penetrating a fast-moving headwind after flying up the back side, turning to fly with the wind, diving down through the shear layer into the stagnant air, and turning again to fly back up the back side of the hill. The loads caused by rapid turning at high speed (the fastest models can pull over 100 Gs) require significant structural reinforcement in the fuselage and wing. Because of this, dynamic soaring models are commonly built using composite materials.

That’s still complicated. Can you help me visualize that?

My pleasure, with a little help from a Wikipedia gif:

A new record for dynamic soaring

The previous record for Dynamic Soaring was 545 miles per hour – which was when my jaw dropped. The new record, set January 19 at Parker Mountain in California, pushed that to 548 mph. The camera is back a little far, so you have to watch carefully for that ellipse because this aircraft is looping unbelievably quickly:

That’s basically the same speed as a passenger jet.

That previous record of 545 mph was set in 2018. The video is perhaps a little more clear, so we’ll throw it in for those who are interested.

Will a drone ever go this fast?

Not yet. As best as we can tell, the fastest drone to date (barring military aircraft) is this jet turbine-powered FPV. It reached 312 miles per hour.

That’s fast. But not as fast as that glider…powered solely by the wind, aerodynamics, and the incredible skill of its pilot.