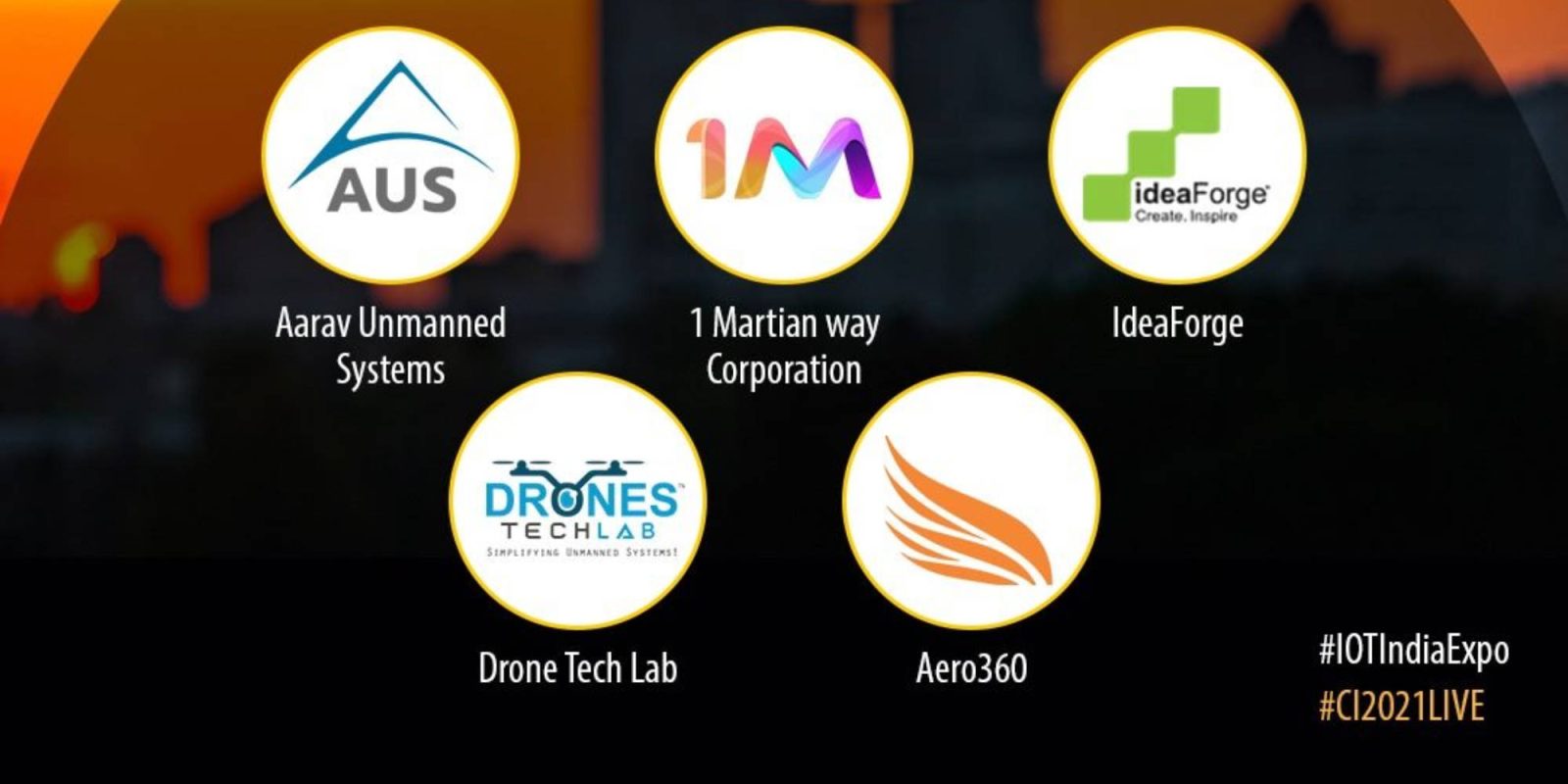 The top five list has been created by India’s leading IoT and emerging technologies expo. It allows companies, startups, and individuals to network and create partnerships to further the country’s technology.

The expo will be held in New Delhi, from March 24-26, and will allow visitors and exhibitors to experience the expo in person for the first time since the pandemic.

Aarav Unmanned Systems (AUS) was founded in 2013 and was the first to integrate drones into the mapping and surveying world. The company has now developed its own drone designed to survey and map operations while removing the need for ground-based control points.

The Insight PPK drone has a 30-minute flight time and can fly up to 3 km (1.8 miles) away. The drone is accurate down to 3 cm and utilizes the PPK or Post-Processing Kinematics standard for processing the data it collects. As the name states, this means the data is processed, and results are generated after the data is collected, unlike RTK or Real-Time Kinematics.

Ever since I’ve been interested in drones, I have known about 1 Martian Way. The company was founded in 2014 and started by creating innovative drone solutions to allow companies to work efficiently. One that I can remember off the top of my head is drone advertising. One of the company’s drones would fly with a banner attached via a string below as a way to advertise a product or service.

A few years later, the company pivoted and turned into a platform provider for other companies to use with their or others drones. It currently offers four platforms that range from asset change detection using images captured by drones to tracking drone fleets to ensure they are working safely and as intended.

A company we have spoken about in the past, ideaForge, has a large line of custom-built drones for everything from announcements to surveillance to mapping. If you need something done by a drone, there’s a good chance ideaForge can provide the right drone for the job. The company was founded in 2007, making it one of the oldest by IIT-Bombay alumni.

The company’s most notable drone has to be its Switch UAV, ranging up to 15 km (9 miles). It can stay in the air for up to 120 minutes on a single charge and withstand winds of up to 20 kph (12 mph). The drone comes with a dual-sensor payload, a 720p camera with 25x optical zoom, and a 480p thermal camera is used during night-time operations. The company recently signed a $20 million deal with the Indian Army to use the drone on the battlefield.

Drones Tech Lab was founded a couple of years ago and currently offers all the drone-related services you can think of. With its range of surveillance, agricultural drones, swarming software, and counter-drone solutions, the company has been dominating the local market and, in return, has risen to the top of the space.

Aero360 was found in 2017 by Pragadish Santhosh, who is the CEO of the company. The company has worked with the massive Tata Group and the Indian government. The company’s free-flight drone is powered by a hybrid engine that allows it to fly for around three hours and carry payloads of up to 3 kg (6.6 lbs).

The company recently released its first tethered drone after creating add-on kits for common DJI drones. The drone is created out of a carbon fiber frame and has folding arms and electric landing gear that folds away in flight. It is equipped with an advanced transmission system and can go up to 70 meters (230 feet) high with the tether.