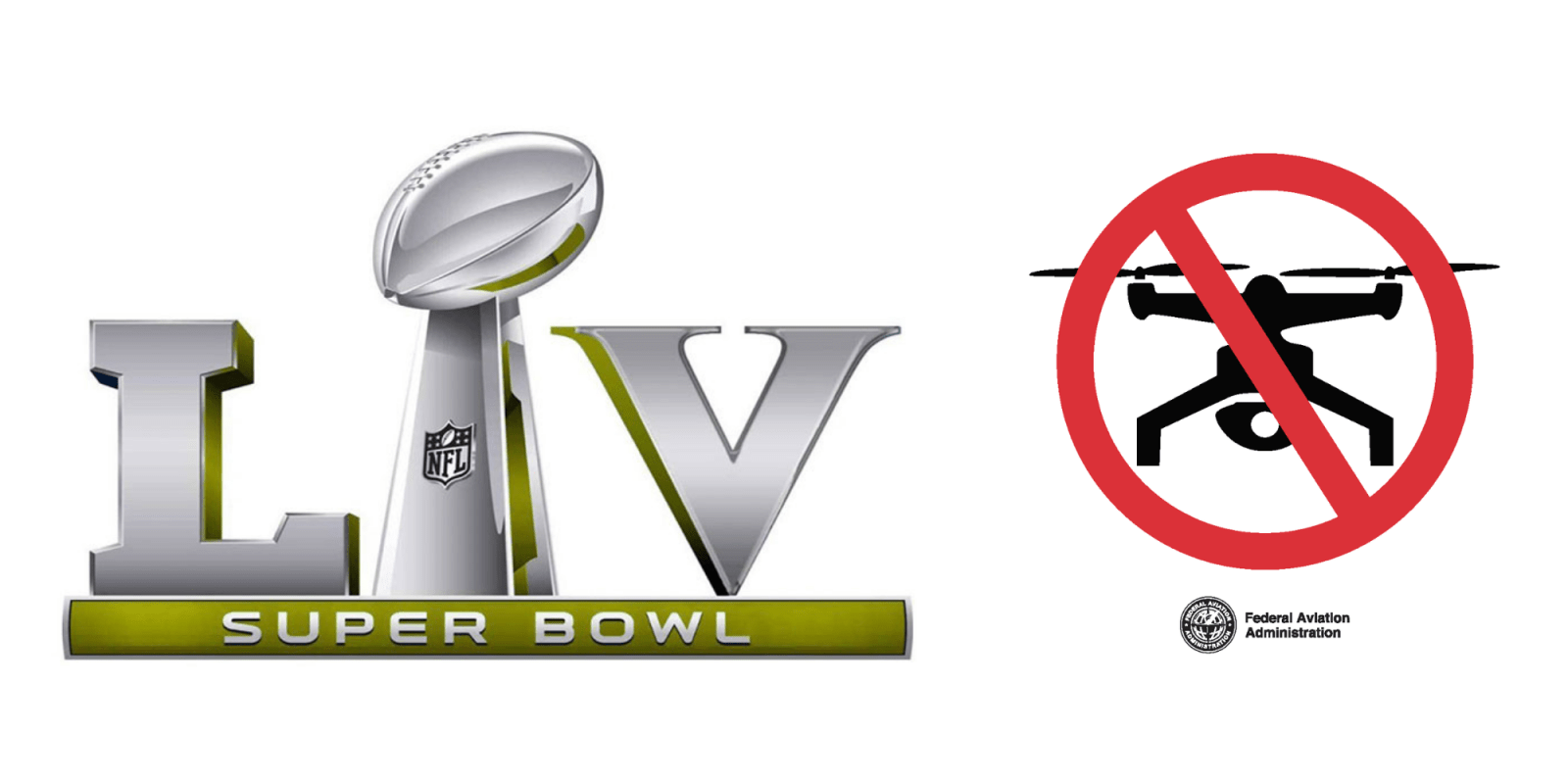 Super Bowl LV is coming. But the FAA wants you to leave your drone at home – and it’s providing plenty of notice.

Super Bowl LV will see the Kansas City Chiefs play the Tampa Bay Buccaneers. And, in a sign that things will eventually return to normal, there will partial attendance. The NFL announced last week that 22,000 fans will be admitted, including 7,500 healthcare workers who have received the COVID-19 vaccine. So while there will be plenty of empty seats, at least there will be some people there.

But the FAA wants to make sure there are no drones.

A new post on the FAA website states that Tampa’s Raymond James Stadium will be designated a “No Drone Zone” for the big Super Bowl LV game on February 7, 2021. And that’s not just a request: The federal agency will establish a Temporary Flight Restriction (TFR) on game day.

What does that mean? Well, drones will be prohibited from flying within a 30 nautical mile radius, from ground level to 18,000 AGL. The TFR will go into effect at 5:30 p.m. EST and last until 11:59 p.m. EST. Here’s some info from the advisory:

Under the authority granted by 49 USC, the FAA may apply restrictions within airspace under its jurisdiction. Any person who knowingly and willingly violates these restrictions may be subject to certain criminal and/or civil penalties. Pilots who violate security TFRs or procedures may be intercepted, detained and interviewed by Law Enforcement/Security Personnel. They may also be subject to the following actions:

The FAA may take administrative action, including imposing civil penalties and the suspension or revocation of airmen certificates;

The United States Government may use deadly force against the airborne aircraft, if it is determined that the aircraft poses an imminent security threat.

Leave the drone at home

You can bet that security agencies (and the FAA) will be monitoring for any drone flights. It’s also a safe bet that the stadium or regulatory agencies will have some form of drone detection system – and likely even technology to disable or commandeer a drone in flight.

Recently, we reported on the FAA’s campaign encouraging people to leave their drones at home on game day.

Well, the games don’t get much bigger than this. And you can bet that anyone who violates the FAA’s TFR will be facing some pretty serious consequences. So enjoy the game – and leave your drone flying in Tampa for another day.

The FAA has been busy. Just last week it was telling people to leave drones at home during the inauguration of President Joe Biden:

So if you’re in Tampa February 7, either keep your drone shelved – or ensure you’re at least 30 nautical miles from the stadium from 5:30 p.m. onward.