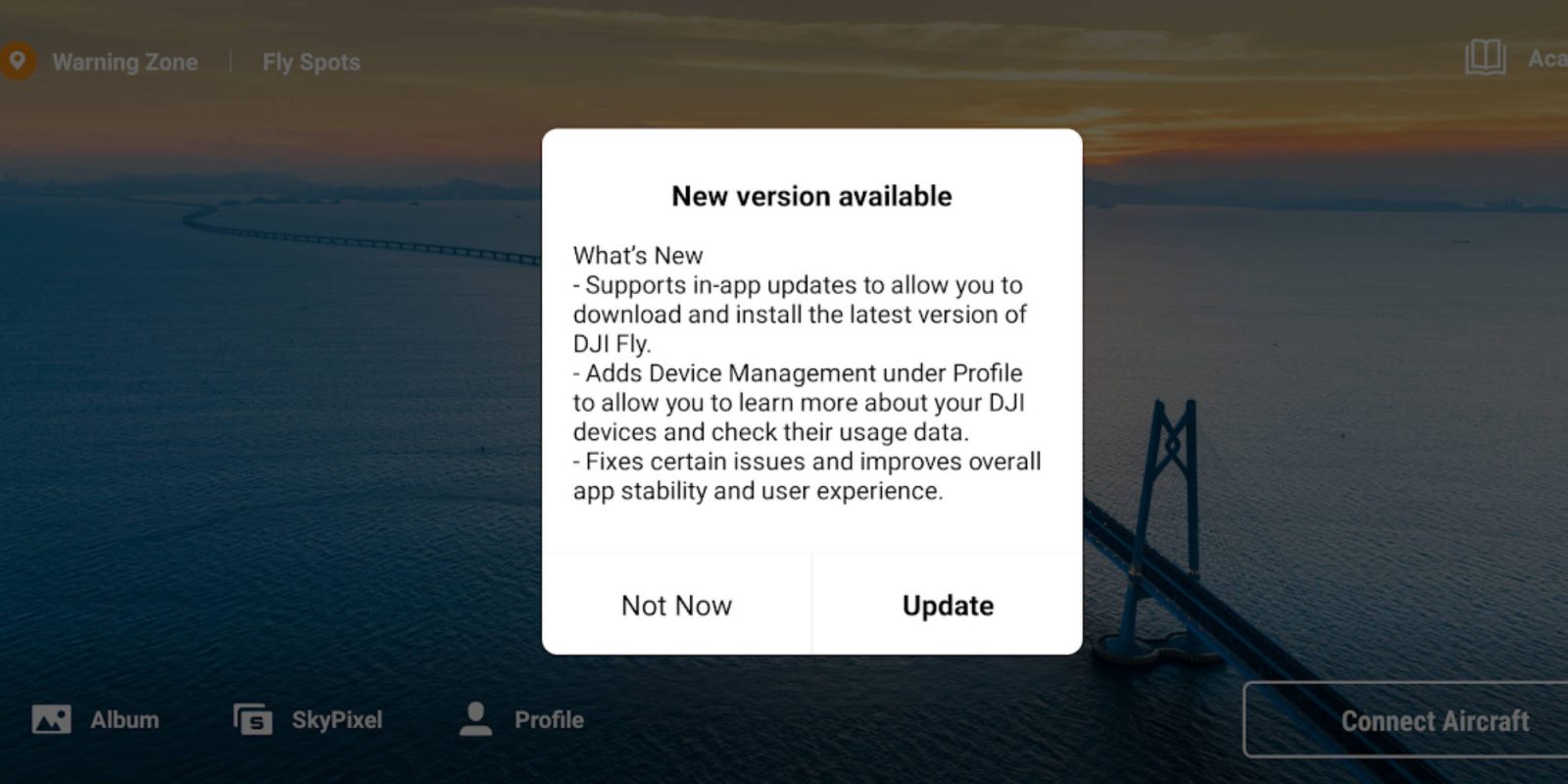 The DJI Fly app on Android no longer receives updates from the Play Store. DJI has worked around this by moving over to in-app updates. DJI has recently switched over from Play Store updates in favor of their own, resulting in a new update method.

The update doesn’t bring any major changes to the app but focuses on ensuring its own in-app update system works. The update says it has added the device management section to the app, but that could be found in a previous version. It has also fixed issues that cause the app to become unstable.

As this method is new for DJI Fly, it can get confusing to download updates now. I have added a quick video below, taking you through the process to make it a little easier to do, hopefully. If you’d be interested in a more in-depth video, please let me know.

To get the process started, open the DJI Fly app and wait for the update prompt to appear. Read through the changes if you want and hit update. At this stage, the app still seems to work fine if you hit ‘Not Now.’ The update will now download in the background. Once complete, it will take you out of the app and open a security prompt, which appears for all apps wanting to install an APK.

You now hit the settings button and hit the toggle to allow downloads from this source. You can now hit the install button on the DJI Fly prompt, wait for it to complete, and you should be good to go. The app can now be used after this and won’t need anything until the next update comes.

Check out the following post to learn more about the new update system: