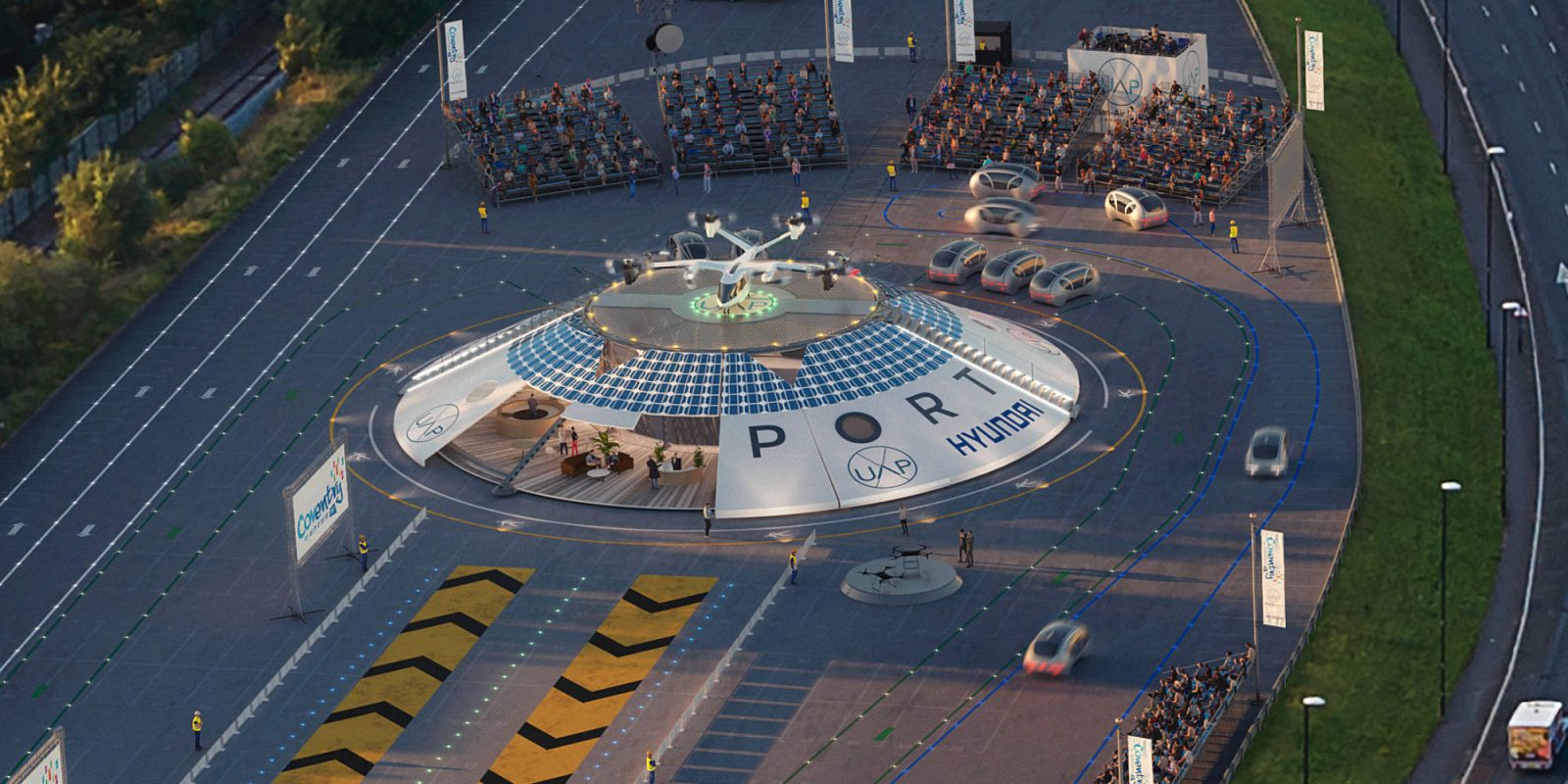 Urban-Air Port has announced plans to begin building the world’s first delivery and passenger drone airport before the end of this year. The announcement was made after it was announced the winner of the UK’s Future Flight Challenge to develop infrastructure for the future of urban air mobility.

The first airport from the company is expected to be built in Coventry, in the UK, later on in the year. It is unclear when it will be finished and ready for day-to-day operations.

Urban-Air Port currently has three airport models: Marine One, Air One, and Terra One. From the names and drawings, the Marine One airport is meant to be built in a water body and be accessible by boats. Air One looks to be placed on top of a high-rise and will likely be the most common one we see further down.

Terra One is more of a standard design and sits on the ground. It is accessible by cars, buses, and other ground transport. This is the one that will be built in Coventry later this year. The airports all follow the same circular design with a landing and take-off pad on top in the center and area for passengers to wait inside, with access to a lounge and restaurants.

As you can see in the artist’s impression of the airport, Hyundai’s logo is on it. The company’s Urban Air Mobility division has backed the company and has chosen it to be its infrastructure partner to support this exciting sector’s growth. Hyundai will also likely use its passenger and cargo drones to transport people from airport to airport.

As we advance our eVTOL aircraft program, development of supporting infrastructure is imperative. Air-One is a unique project that is set to help lead the way in developing a robust, accessible, and intermodal infrastructure network for future mobility. We are excited to be part of this partnership in the UK and look forward to working together to create community impact and opportunity through safe, affordable, and human-centered mobility solutions.

The company hopes to have more than 200 airports built and operational over the next five years. It plans to continue to build them around the UK and make its way into other countries worldwide. Many cities have expressed interest in the company’s solution and are currently talking to investors for rapid growth.

Take a look at the video below for a quick look at what the company envisions its drone airports to look like.