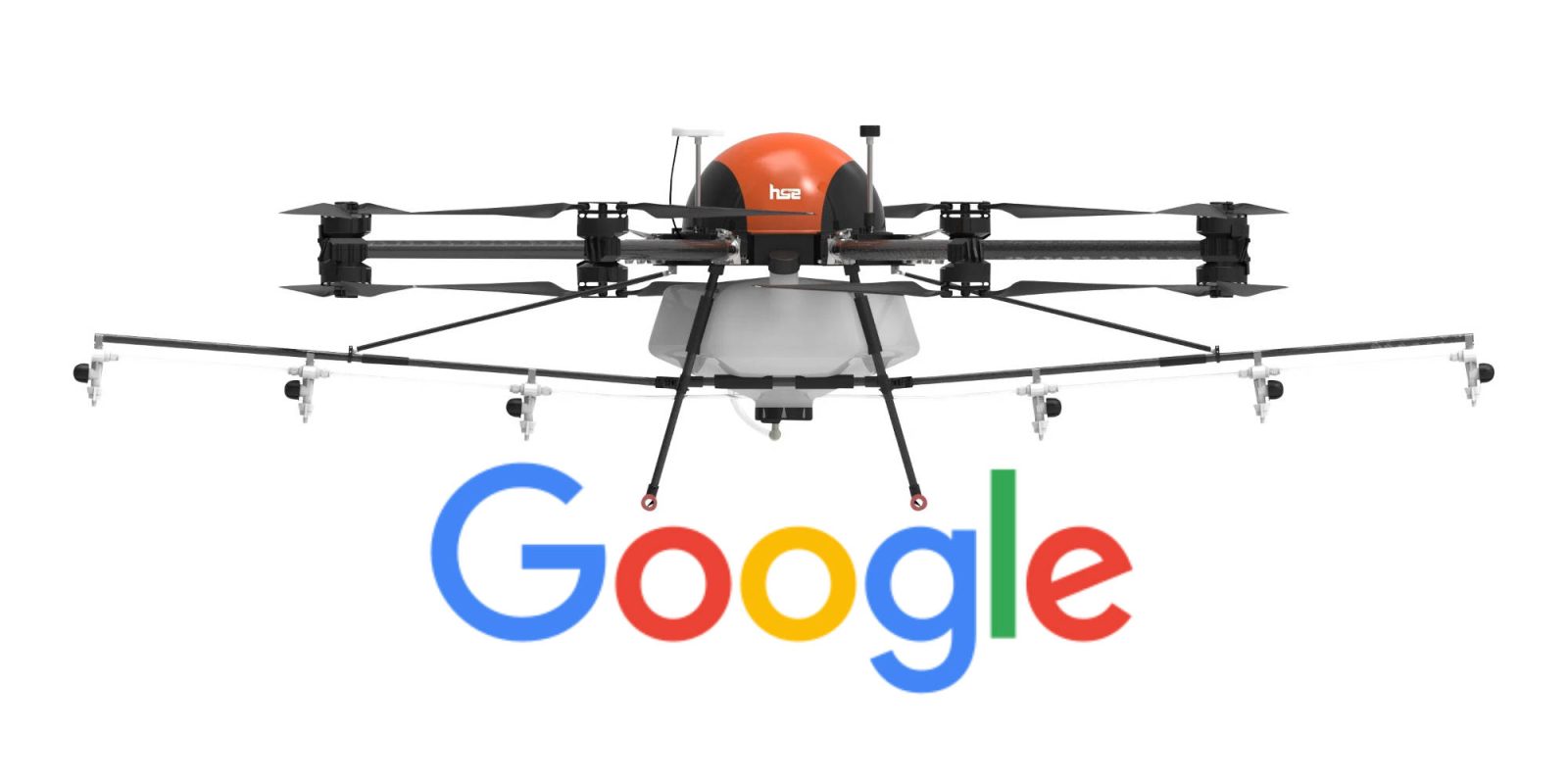 According to a recently filed FAA exemption document, Google’s research climate and energy group are looking to test firefighting and monitoring drones. Google Research plans to test out the HSE-UAV M8A Pro spraying drone focused on the agriculture industry.

The drone being tested is the HSE-UAV M8A Pro, a 20-liter spraying drone designed to spray crops rather than fires. The fully autonomous drone uses a carbon fiber frame and has six sprayers extended on an arm that comes out of each side of the drone. As the nozzles are designed to spray a fine mist on crops, they have likely been switched out for something better suited to firefighting. This could also mean a larger tank has also be fitted to the drone.

It’s not exactly clear why Google is testing out a drone in this way, but a theory is that Google has a large campus with lots of things that could burn in a fire. What better way to put out a fire than to use a team of drones? They can respond faster than a standard firefighting team and be located throughout the campus like fire hydrants usually are. This would essentially create a network of firefighters throughout its campus.

In Australia, Wing Aviation has been working with residents for a few years to develop a viable and effective way to deliver packages. Wing Aviation has chosen to test in Canberra, Australia. The company also moved into Helsinki, Finland, in the spring of this year, taking on the harsh cold weather and creating a perfect testing ground for Wing Aviation’s delivery drones.