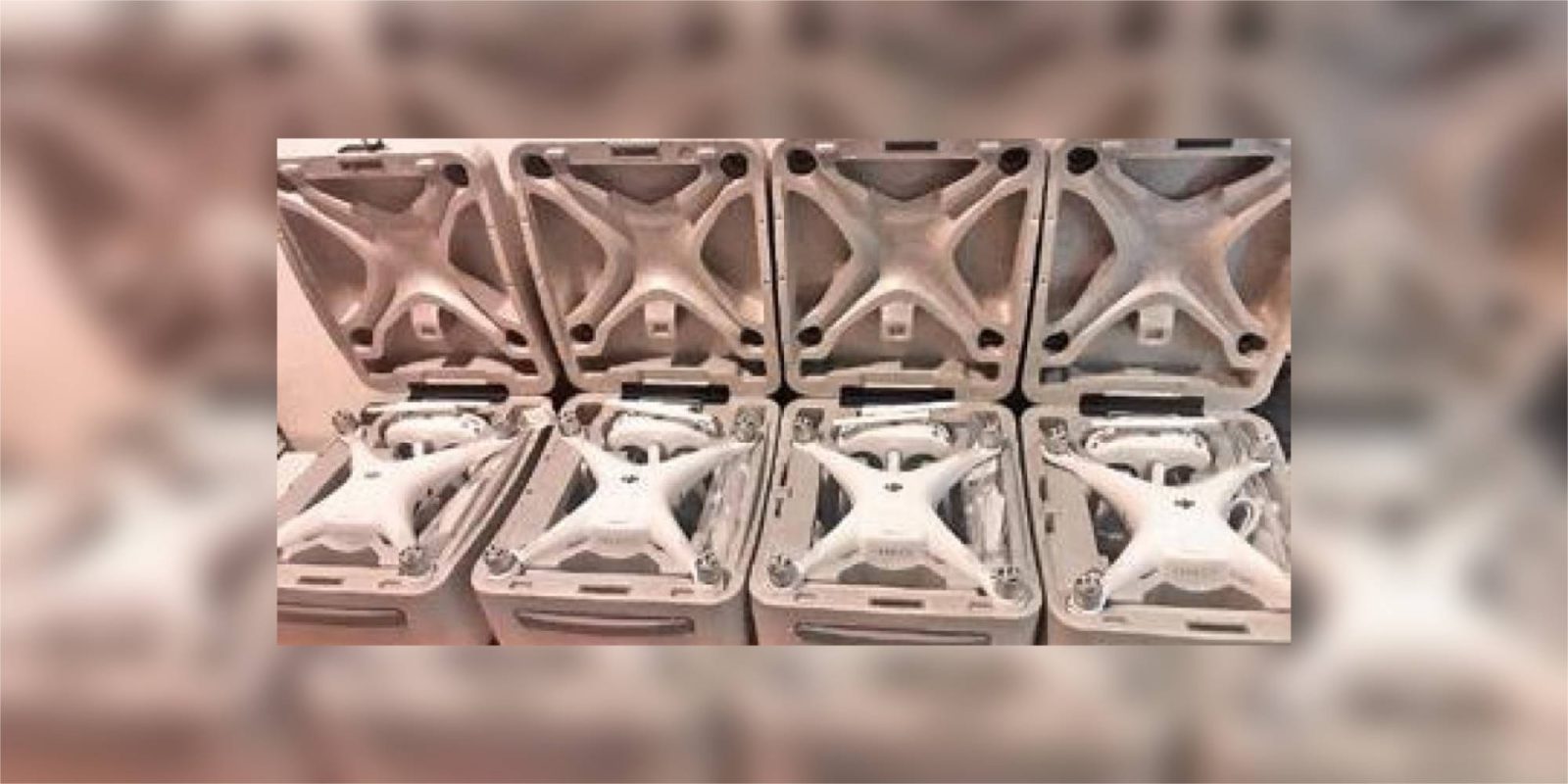 A passenger flying from Dubai into India’s Kempegowda International Airport was caught trying to get four DJI Phantom 4 drones, 1.3 kilograms (2.9 pounds) of gold, and four iPhones into the country. The man was caught after getting off a flight at 3 a.m.

A passenger was stopped earlier this week trying to smuggle drones, iPhones, and gold into India to allegedly sell on for a profit. The only issue is that the somewhat large drones aren’t allowed into the country without an equipment type approval (ETA).

The 25-year-old had reportedly come up on the customs radar after the airports security systems picked him up as a suspicious person.

When the customs officials got to him, they sent his bags through an X-ray machine, which showed the four DJI Phantom 4 V2.0 drones he was trying to smuggle. Anyone flying into the country isn’t even allowed to bring one drone in.

Drones being brought in are required to get ETA from the Wireless Planning and Coordination Wing of the Ministry of Communications and Information Technology. This is even a requirement for all companies.

On top of the drones, the man was also found with four iPhones, classified as a commercial consignment, making them illegal to bring in. The man also had six eggs with gold inside of them.

In total, the man was caught trying to smuggle a total value of Rs 75,12,181 or about $103,000 worth of goods into the country, which would have likely been sold onto the next person at a large profit.