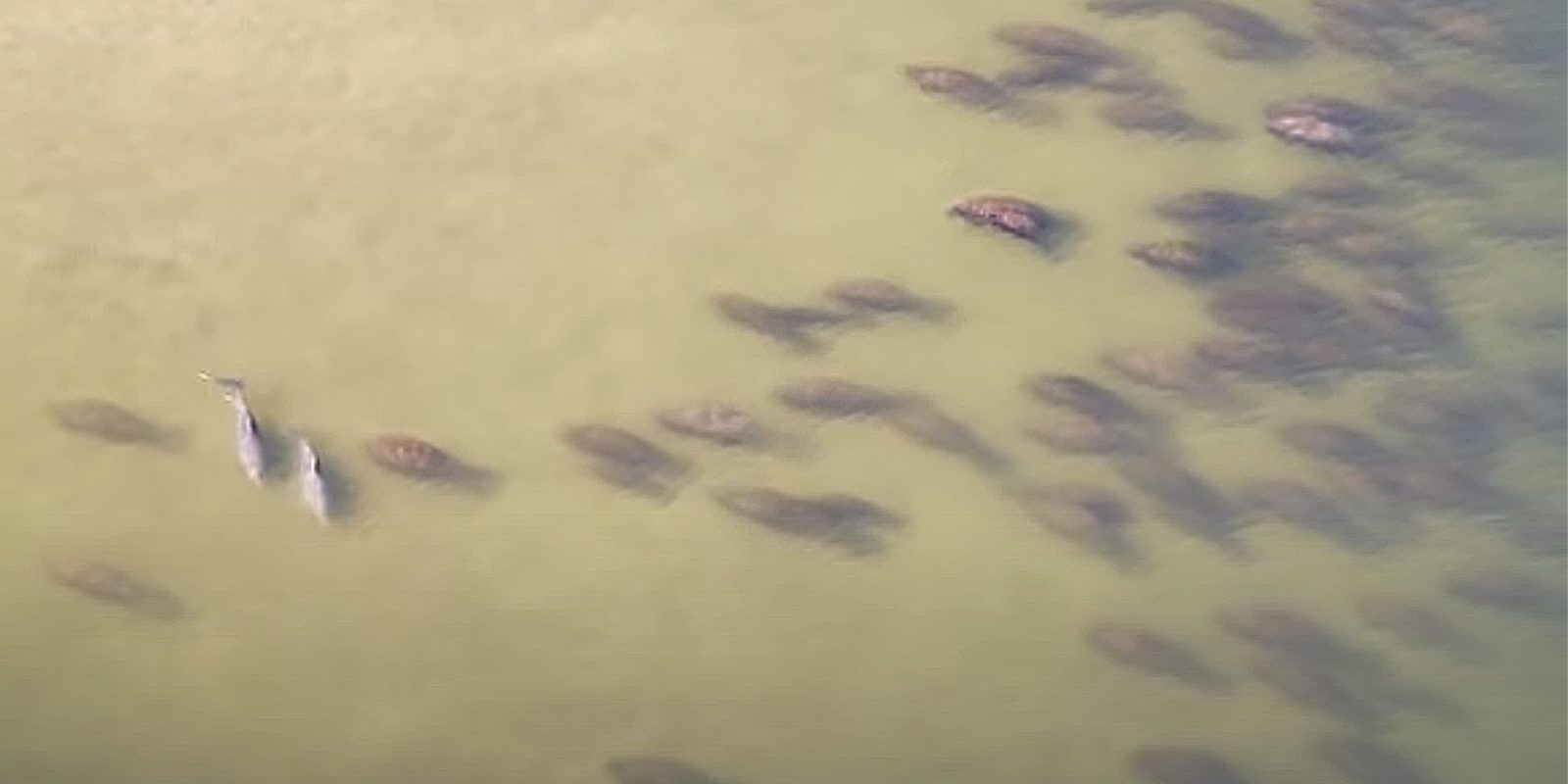 Maybe it’s the lack of tourists. Maybe it’s the cooler weather. It’s not clear what brought them all together. But last week, a photographer in St. Petersburg, Florida, captured the unusual sight of hundreds of manatees chilling with dolphins.

Rarely, if ever, have the two species been spotted together in such large numbers.

“Dolphins and manatees don’t interact super often, mainly because manatees spend a lot of their time in fresher waters than you find dolphins,” Mike Heithaus, the dean of Florida International University College of Arts, Sciences, and Education, told The Guardian.

“There’s no particular reason they wouldn’t interact, but manatee numbers are down and that makes it less likely. The more unique part is to see that many manatees from a drone and it’s always cool to see dolphins swimming through them.

The Florida Fish and Wildlife Conservation Commission estimates only about 7,500 manatees exist in the wild in the southeastern US. But that’s up from just 1,250 two decades ago. Watercraft collide with manatees, humans pester them, and climate change also takes its toll. The loss of the manatee’s warm-water habitat is a long-term threat since they can’t tolerate cold waters. It’s believed half the world’s manatees live around Florida’s coasts.

The footage was captured by See Through Canoe. The company sells transparent canoes so paddlers can enjoy the scenes below the waves. And they also share drone videos. One taken this summer showed dolphins and manatees apparently playing with one another. That’s something the company says it’s never seen before in three decades of watching these animals. Although it hardly needs to be said, the manatees version of “play” is a lot less enthusiastic than the dolphin’s.

Of course, it’s possible dolphins and manatees have chilled together for eons and no one noticed until drones came along. We’ve featured some amazing drone videos that show aquatic animals behaving in rarely seen ways.