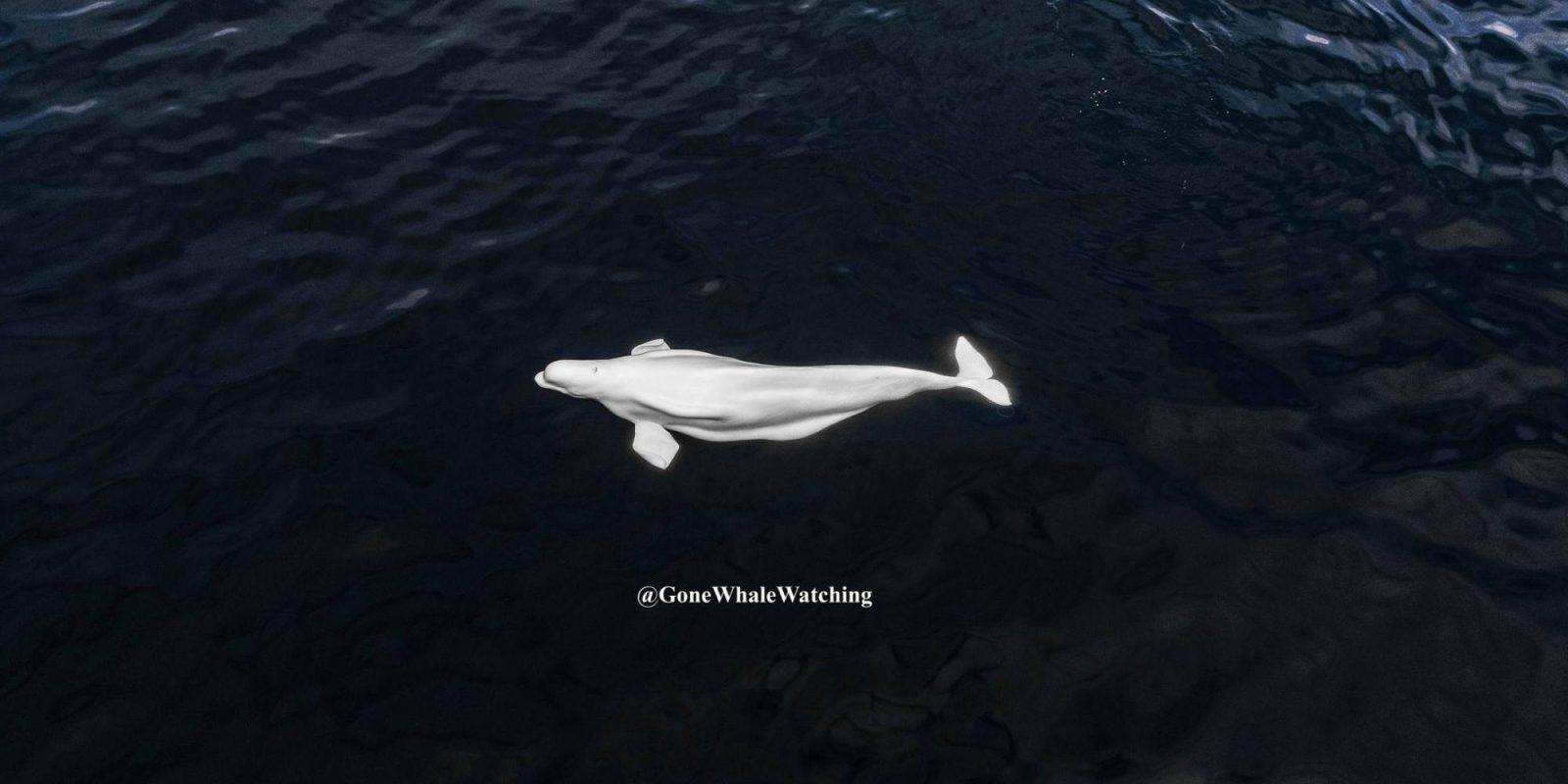 In a drone video captured last week by Captain Domenic Biagini from Gone Whale Watching San Diego, we get the first look at a Beluga whale off the California coastline. The video is especially special as its the first time a Beluga whale has been spotted in Californian waters.

The whale was spotted on Friday morning a few miles west of Mission Bay in San Diego, California. It is still unknown why the whale has ventured so far from its home waters of the Arctic and sub-Arctic. Biagini shared that seeing the whale so far from home is like seeing a polar bear in your backyard, stressing how rare of a sighting it was.

The best bet, according to researchers from Alaska, is that the whale ventured off from its pod to explore and found its way all the way in California. If the whale is healthy, it has a good chance of surviving with the abundance of food in the waters.

In an interview with CBS8, Biagini shared that he wasn’t in the area when the whale was first spotted by his crew. The crew called him and asked him to bring his drone to take a photo from above as they weren’t able to get a good one from the boat. Biagini added:

My jaw just dropped to the floor. I had to pick it back up because I knew exactly what I was looking at.

Captain Dom was able to capture an impressive amount of ocean wildlife, including five species of whales and four dolphin species.

If you happen to see the whale, stay away from it to ensure it doesn’t get stressed out and contact the NOAA Fisheries West Coast Marine Mammal Stranding Network. What do you think of the video and the rare sighting of the Beluga Whale? Let us know your thoughts in the comments below.