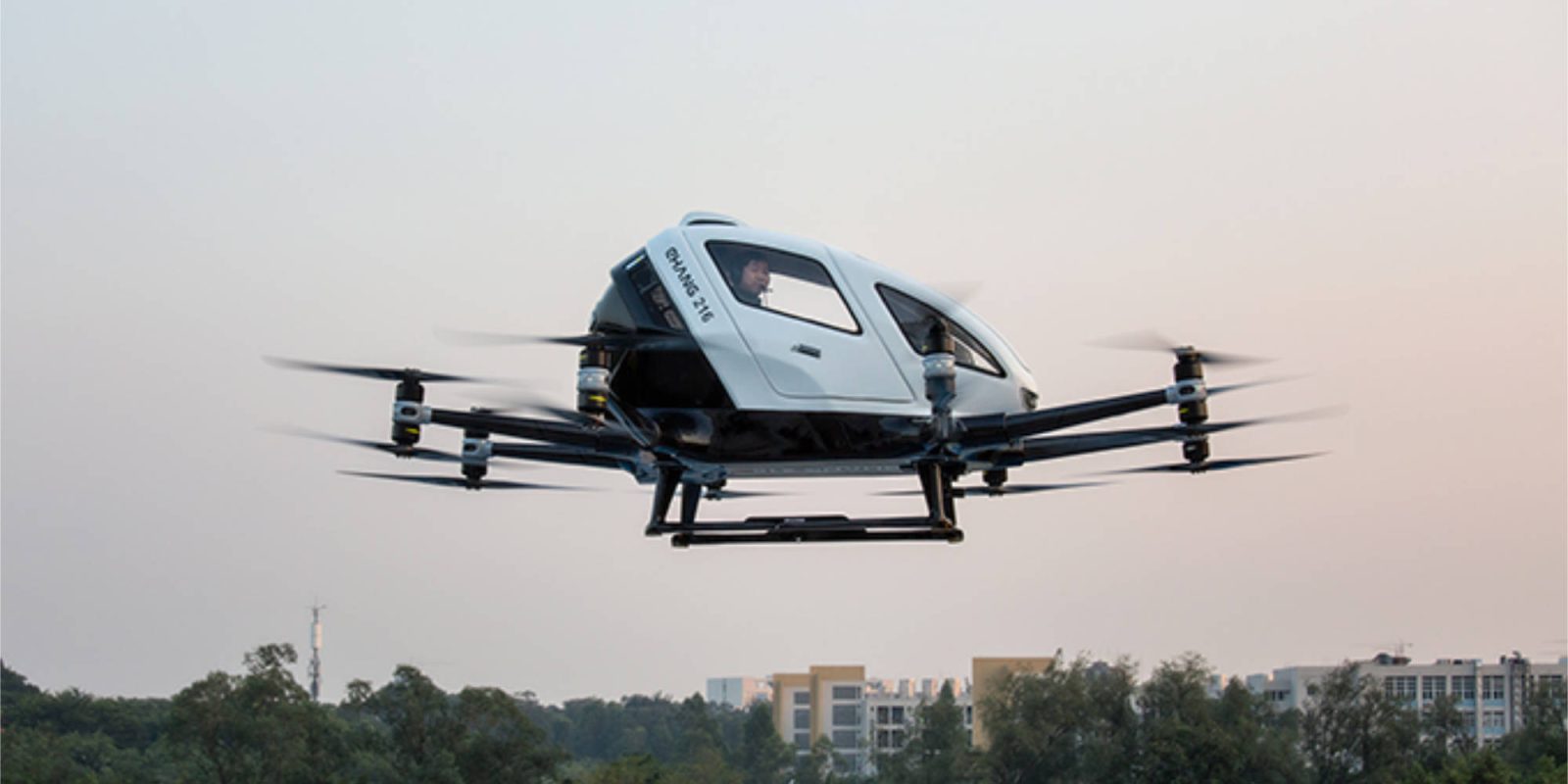 Chinese VTOL company EHang has seen a 60% drop in its stock price after Wolfpack Research questioned the company and its practices. EHang has now responded to the report, with its founder Huazhi Hu answering nine key questions.

Since the report came out, the stock has already rebounded by about 40%, looking to continue rising over the coming days. The report from Wolfpack Research stated that EHang’s relationship with one of its customers is a sham and that it has been used to inflate its stock price.

The customer that is being discussed is Shanghai Kunxiang Intelligent Technology Co. The report stated that the two companies signed a last-minute “2020 sales plan” three months ahead of EHang’s IPO. This plan was for Kunxiang to purchase 105 drones from EHang, allegedly giving the perception of increased sales.

The report also showed EHang’s factory from the inside after someone working for Wolfpack Research was able to freely walk around the facility and saw no one working on the three floors. They also weren’t able to see any high-tech manufacturing setups.

This made the research company believe that most of the part manufacturing is done by contractors and raising the question of EHang can market its drones as being “manufactured by EHang.”

The report also took a look at two other EHang facilities to find out more about them, with a similar outcome at both. The first is EHang’s Yunfu manufacturing facility, said to have started production on some of its drones. The person on the ground found that the facility was empty and some areas still under construction.

The company’s design and test center were also visited and found to be a dilapidated concrete area with a single helipad. The report also alleges that EHang uses hobby-grade T-Motor motors for its passenger drones, which aren’t meant to be used to fly people around.

Be sure to read the full report to understand better what Wolfpack Research did to come to this conclusion.

EHang has responded to the report. The company’s founder answered some of the points made in the report and a few general comments about the company. For this, we will focus on the answers responding to the report. You can view the full response here.

The short-seller falsely accused that Kunxiang, a customer of EHang, is also a shareholder of EHang and signed “sham” sales contracts to benefit its investment. The truth is that Kunxiang has never been a shareholder of EHang prior to our IPO, and to the best of our knowledge, after our IPO either. The pricing and other terms offered by EHang to Kunxiang are not substantially different from those offered to other major customers in China, and all contracts with Kunxiang are based on arm-length transactions.

The short-seller falsely accused that EHang’s headquarters and manufacturing facility was “practically empty” during their alleged “visits.” The truth is that EHang’s existing Guangzhou manufacturing base spans a total area of 8,750 square meters and houses production facilities for our AAVs. We are building a new factory in Yunfu, Guangdong, with a planned initial capacity of 600 units of passenger-grade AAVs per year.  Our security cameras did capture that a man disguised as a delivery person trespassed on one of our facilities around the time indicated by the short-seller, but their photos and where they shot them are intentionally misleading. We receive regular business and regulator visits frequently to our facilities, and all interested parties are invited to visit us once international travels are allowed.

It is absolutely wrong to allege that we use any motors or propellers made by T-Motor in our EH216. That expert must not have checked our EH216 in person. Starting from our first-generation passenger-grade model, the EHang 184, we have used motors that are proprietarily designed and manufactured by our designated supplier. In as early as 2015, we had established a variety of dynamic testing systems to conduct a large number of tests on our proprietarily designed motors. Regarding the motor product made by T-Motor that we allegedly used, we believe T-Motor only started to sell that product after we have conducted a large number of trial flights of EH216. The T-Motor motors are significantly different from our motor products in both technical performance and physical appearance.

Please note we are not financial advisors and anything we say is purely of personal opinion.