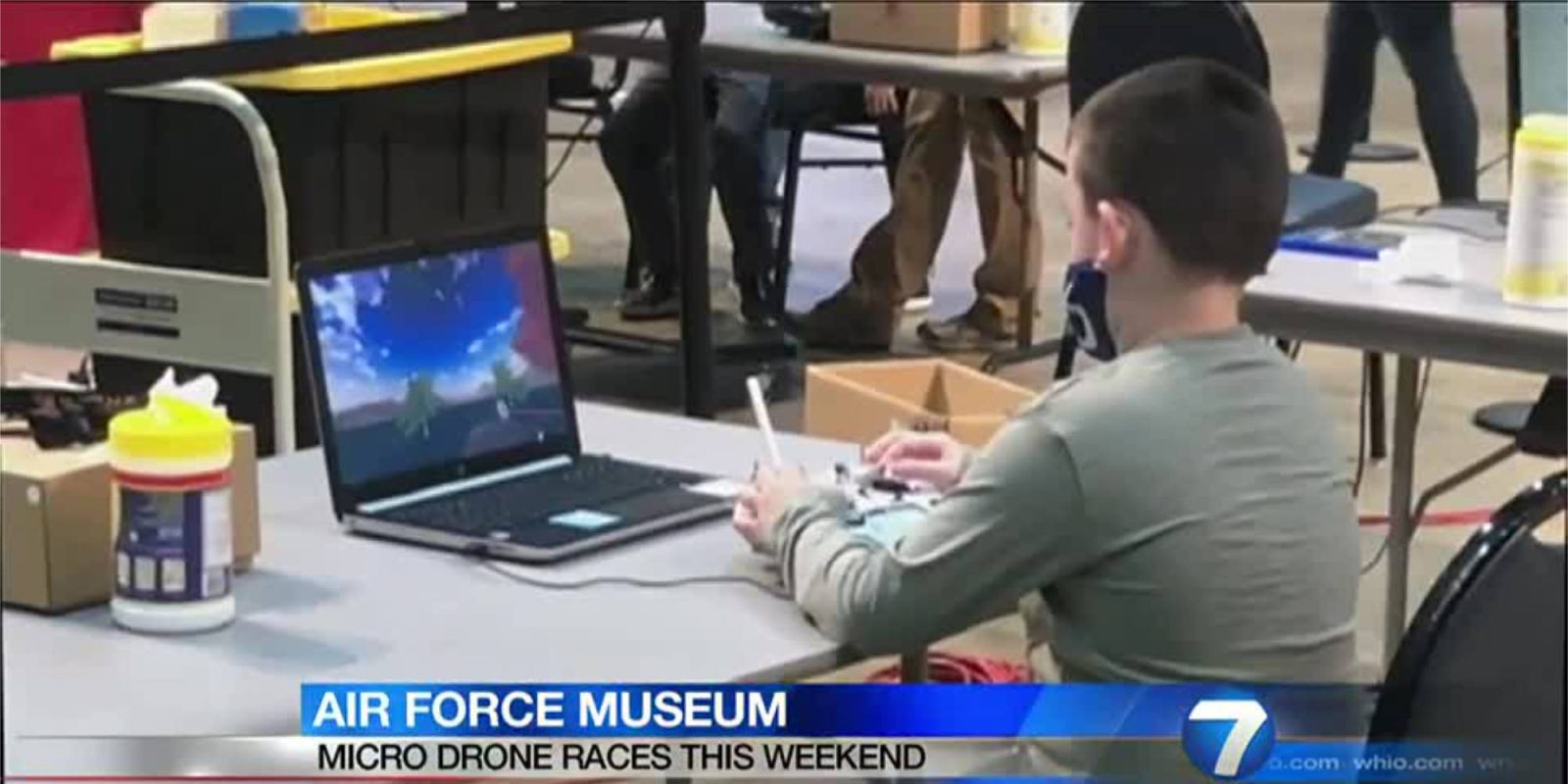 An event set up at the United States Air Force National Museum has seen micro-drones racing around a course with the public watching on and getting to fly drones in a simulator and a protected cage. The event was set up to allow the public to access some of the cool drone technology on offer.

The event started at 9 a.m. at Wright-Patterson Air Force Base, near Dayton, Ohio, with visitors watching a group of 20 registered drone pilots practicing for the upcoming races. In the afternoon, the pilots took to the sky in several two-minute heats with four drones in each heat.

The racing course saw the tiny drones flying in and between C-124 and F-82 aircraft in the museum, making for an even more interesting race.

Kele Stanley, the organizer of the event, shared:

The technology is advancing almost daily, and it’s really fantastic that we get the opportunity to come in and race in such a unique environment and to show what the capabilities are of the technology that we’re using.

As the event was fairly small and only lasted a day, the organizers plan to create a larger two-day event with pilots from around the country to give more people the chance to watch and fly drones and hopefully spark a connection for the next generation of drone pilots.

It’s always great to see public events like this take place with drones. For many decades drones have been portrayed as killing machines only used by the armed forces, but that isn’t the case anymore. Getting the population and, specifically, kids involved in days like this is an important step for the older generations to understand this and allows them to become interested in the industry.

As the commercial drone industry is still in its infant stages, getting the younger generations onboard with the technology and wanting to work in it is an important step to ensure it continues to flourish.