Police officer: Why the Skydio 2 drone offers a tactical advantage 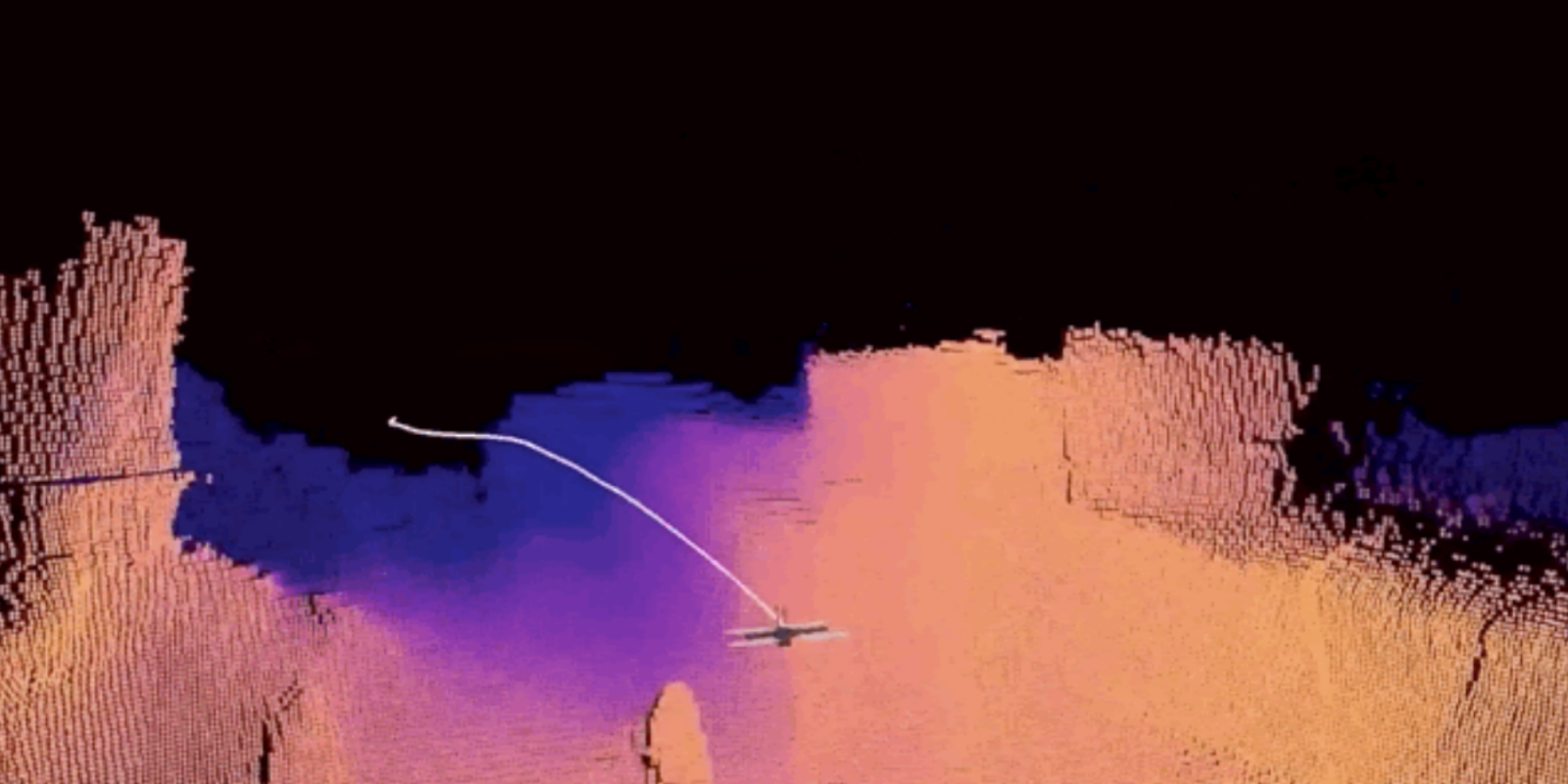 Having a Skydio drone in your toolkit can offer police a tactical advantage, says an officer who uses the product. In particular, the drone can get up close in tight areas that would prove very difficult for other UAVs.

Think about some of the reasons police might want to use a drone. One of the most common scenarios would be searching for someone: Get the drone up in the air and you can cover a lot of ground in a hurry, particularly in open spaces. Or maybe you’re monitoring a large demonstration and want to maintain situational awareness. Plus, of course, the common tasks like accident scene forensics, where a series of photographics are taken from above to help speed clearing the scene on the ground.

All of those, and more, are good reasons for drones.

The Skydio family of drones, says the company, is perfect for these tasks and more. Its machines have been designed, both in terms of hardware and software, to use machine vision and AI. In a nutshell, Skydio drones are constantly mapping their surroundings in 360°, and even making predictions about their environment as they move through it. If these drones are watching something that’s in motion, they can usually figure out where it’s going to move next. And their obstacle avoidance is phenomenal.

That’s very different from most drones. And, says Skydio, there’s a real value in that for law enforcement.

In the age of COVID-19, Skydio – like many companies – has been holding webinars to explain the value proposition of its products and introduce them to potential customers. Its latest webinar featured a police officer who has been using the Skydio 2 on the job. His name is Christopher Keon, and he runs the sUAS program for the City of Dunn police department in Dunn, North Carolina.

Dunn has previous experience operating other drones. But he says Skydio has some features uniquely suited to police forces and other First Responders.

What does this actually mean? It’s not like the Skydio 2 just goes off and does all the work (though there is software that can do precisely that in certain situations). No, a pilot still has to get the flight going and control the drone, at least initially. But the secret sauce here is that the machine is extremely aware of its environment. It’s constantly capturing everything around it and making decisions that assist the pilot. So, for example, it will avoid tree branches, poles, power lines, and other obstacles.

Skydio refers to this as Skydio Autonomy. This GIF gives you a sense of what the Skydio 2 or Skydio X2D “sees” as it flies through an environment:

While in flight, Skydio drones see the environment they’re in. They understand what they’re seeing well enough to steer clear of obstacles with eerie accuracy. They can predict what’s likely to come next, which is hugely useful when moving objects on the ground are involved. And they can act on all of that information by making split decisions about where to go next, particularly in scenarios where there are things a pilot would want to avoid.

That’s right out of the box. There are other features that can be unlocked with add-on software, including some very powerful tools for automated scanning of buildings and structures. There are some amazing capabilities. But that’s a big topic, and something for another day.

What does all this mean?

Well, according to Skydio, quite a lot. In fact, it believes the system’s autonomy offers advantages in several tasks routinely carried out or required by police:

That is perhaps one of Skydio’s greatest assets. With six wide-angle 4K cameras visually sensing the environment all around it, it’s difficult to crash into anything. For First Responders, who have a ton of other skills they must keep current, being able to fly with confidence – especially at a scene where there might be a crowd of people or media observing – is a plus. (We’ve heard, in previous webinars, that some officers really don’t enjoy flying when people are watching in case something goes wrong. It’s just added pressure, some officers have said, that they don’t really need.)

In the case of Officer Keon, he received the drone on a Friday. He took it out for a bit on the weekend and played around. And then, on Tuesday, was called to the scene of a crime.

A young man had been stabbed, multiple times, near some commercial/industrial buildings. The suspect had disposed of the weapon by hurling it onto a roof. The city’s fire department was called and was going to bring a ladder truck. Keon was on the scene and decided to take out the Skydio 2.

“Friday we received it, and the following Tuesday we were able to carry out our first flight,” Keon told the webinar. “It’s super simple to be able to utilize compared with the other systems. Just very intuitive, very easy to use.”

Keon popped up the Skydio 2 and started scanning the rooftop. It wasn’t long before he spotted the knife. Skydio’s 360° obstacle avoidance allowed him to confidently fly closer to the roof, despite the presence of HVAC equipment and other obstacles present. He also flew higher to get an overall picture of the scene that could be used for evidence.

And here’s a closer look at, as they say, the scene of the crime:

The webinar delegates were also told by Keon about an incident involving an older woman with dementia. There was concern she might wander to a nearby highway, or perhaps a pond. Either way, they wanted to find her. The Skydio 2 was again put into action, allowing officers to quickly search some large areas.

But perhaps most interesting here is that the drone was able to get down below the tree line and search beneath low-hanging branches and close to other obstacles. That mission, though it might have been accomplished with a different drone, was easier with the Skydio. And that’s kind of the point here: You don’t want to be flying something that’s challenging to operate in close quarters when time is really a factor. You want to be able to search the area quickly, then move on.

In the end, the woman was located, albeit not by the Skydio 2. But the drone had played a clear role as what Keon calls a “force multiplier,” meaning it was able to contribute much more than a single officer would have been able to contribute on foot.

Up close and personal

One of the greatest advantages of the Skydio Autonomy system – perhaps the greatest, looking in from the outside – is its ability to get really close to things without fear of hitting them. In a hostage situation, for example, a pilot would be able to confidently fly up to windows while avoiding obstacles that might take another drone out. When it comes to potential tactical scenarios, you really can’t underestimate how valuable this ability might be. There’s almost no risk that these machines will get caught up in wires, branches, or a myriad of other things that could be waiting to take out a drone.

In a previous webinar, we watched footage from a Skydio 2 taken during a live situation with an armed person barricaded inside a home. The operator was able to get close enough to look through the windows and obtain valuable information – all while avoiding a patio that was a bit of an obstacle course. It was an impressive bit of video.

You’ve perhaps seen some of those videos, with a Skydio 2 tracking a jogger, cyclist, or snowboarder (or, in one case, a Tesla). The drone is able to stick like glue to a subject, even ducking down below branches.

Someday – and trust us on this – a Skydio 2 will be deployed when a suspect is trying to run. A smart pilot is going to tap on their screen and have the drone track that person as they flee. And, based on what we’ve seen so far… that person will be caught. Or, at the very least, get a really good workout.

Plus, the Skydio 2 is capable of 3D scans with highly impressive resolution. For evidence gathering, just imagine how useful it might be to create a 3D model of a complex scene. In a Tweet this week, Skydio gave a clear example of an impressive finished product:

What about other drones?

There’s still a role for them. And one of the case studies presented at the webinar – monitoring a large public gathering and march for situational awareness – could have well been carried out by a non-Skydio product. Plus, some First Responders really get into drone piloting and can navigate with confidence.

So it’s perhaps not quite as stark a contrast between the brands. Plus, the Skydio 2 can’t really be flown at night.

But the Skydio 2 is impressively affordable and the Skydio 2 really does know where it’s going and what’s around it. It can be flown with confidence very close to obstacles; close enough to get a really good look at a suspicious package or peer through a window. Its technical abilities are strong enough that the FAA has granted at least one police department a waiver for limited Beyond Visual Line of Sight flights. Its obstacle avoidance also, arguably, really allows the pilot to focus on the mission instead of looking out for telephone poles and power lines.

Well, they’re taking orders now for the X2D, which is a more military-spec drone equipped with thermal and capable of longer flights (along with other features). That’s a pricey one – somewhere around the $20,000 range – and perhaps not that affordable for a smaller department.

But Skydio has a clear head start over other drone manufacturers when it comes to AI and automation. That’s where things appear to be headed, and with good reason.

Given that the Skydio 2 was released in 2019, the company will at some point replace it.

With something even smarter.