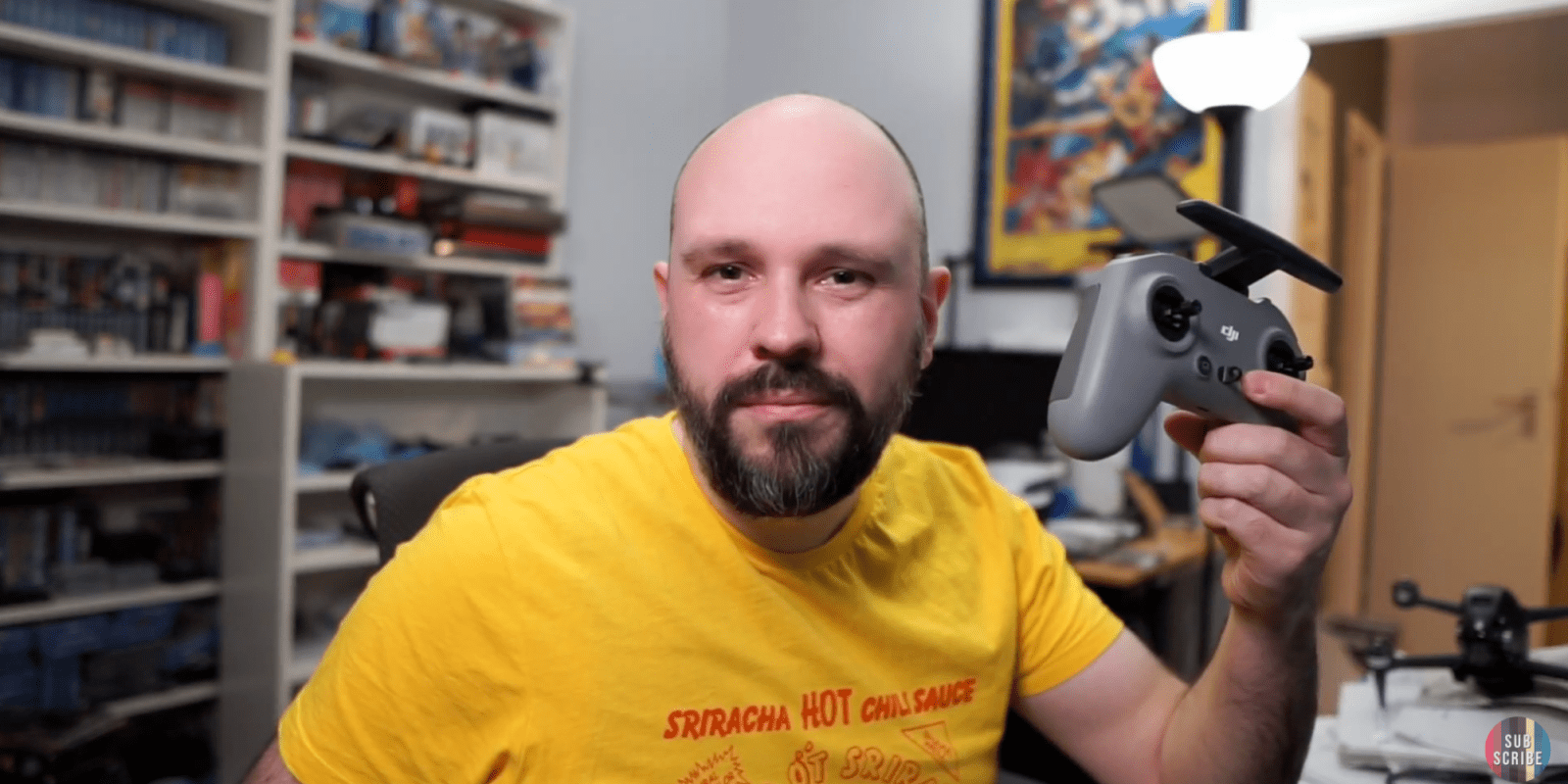 A number of new DJI First Person View drone owners have found they can’t yet access DJI’s Virtual Flight simulator, because – as of publication – it’s not available on Android. That’s a drag, especially for those who are desperate to get up to speed with manual flight before flicking that intimidating M button into action. Thankfully, there’s a fix.

When DJI released its new FPV drone combo, it was aware that some people with little or no experience might be tempted to dive straight into the full enchilada. It was also aware that, for many, it would be a disastrous move if they weren’t prepared. People flying fully manual FPV for the first time are very likely to crash. That’s why DJI built in a couple of safeguards. The first is that you can’t switch into M mode without getting a warning that you should first practice on a simulator.

And that’s great, providing you’re using an iPhone or iPad. But Android users, at least as of today, do not yet have access to the DJI Virtual Flight app.

We’ve seen a few people complain in forums that they can’t access Virtual Flight because they’re on Android. But if you’re an Android user, that doesn’t mean you have to be left out in the cold. There’s an easy fix to this, pointed out on YouTube by Alex Ziska, an Indie game developer and cofounder of MegaGeeks.

Alex lives in Germany, but thanks to the internet, was able to share his simple but smart workaround for other DJI FPV pilots. The solution? Here’s Alex:

You should be able to do the same thing on a Mac. We regularly fly a simulator on our MacBook Pro using our Taranis X7S, so we can make a couple of additional suggestions here.

Oh. And Alex is indeed an Android guy.

“Being an indie game developer by night, I kind of was hoping – although not expecting – that this would work as a video game controller,” he tells us.

“And what do you know – it did :) The next seven days are rainy, the weather forecast says, hence I am really happy to have found this way to use Liftoff, which I only just bought after I found out the game controller compatibility.”

We asked Alex to tell us a bit more about himself. Turns out, he began with the Spark and graduated to the P4P V2. Once the rumors about the DJI FPV drone started circulating, he began to tuck away some dough for the purchase, which he’s already made. Here’s what else Alex had to say:

Instantly ordered it when it came out and am happy with it. Things I enjoy most is the aspect of not worrying about the battery catching fire or emptying it too much – as well as the longer flight time in comparision. I already crashed once and landed upside down but nothing really happened – no damage. I actually find it helpful that crashing would potentially mean the loss of a noticeable amount of money – it helps me to keep my ego in check and go as slow with my learning curve as possible. Also, I am very curious about where the community will take the FPV Drone – already saw that people plan to create an aftermarket carbon frame to transplant the drone’s electronics to. Personally, I hope for a solid GoPro and 360 camera mounting solution. This, in my opinion, is the drone’s biggest flaw – you have to either choose low latency or resolution. You can’t fly in low latency and record in 4k60.

And here’s what Alex’s drone looked like after that dump. A little dirty (okay, a lot dirty), but none the worse for wear.

Thanks for the tips, Alex! And here’s to happy, crash-reduced flying!