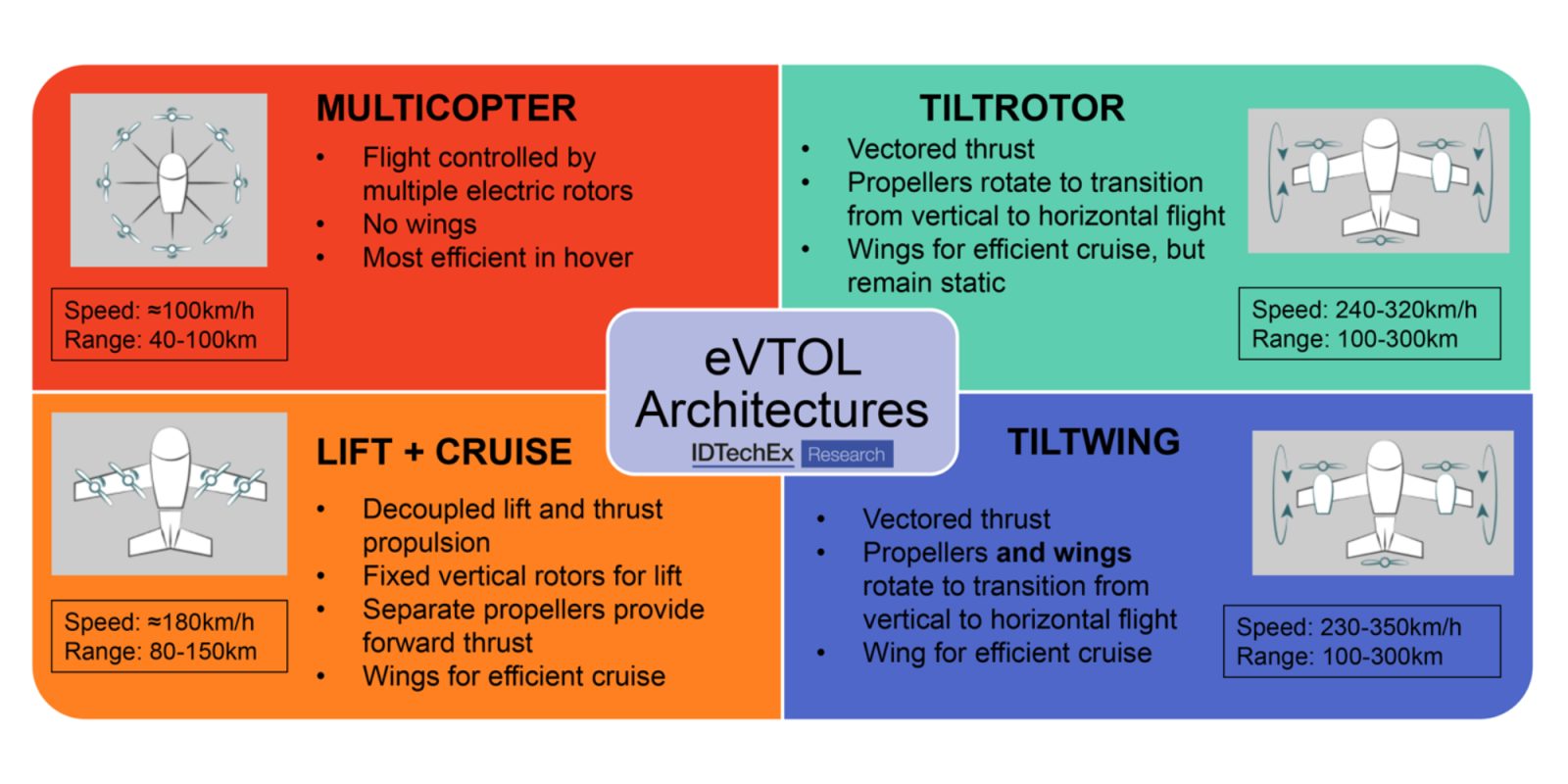 It was once the stuff of science-fiction: small and agile aircraft capable of vertical take-off and landing, shuttling people over urban centers. A new report suggests that not only is this aspect of urban air mobility coming… it’s going to be a massive growth industry.

You’ve perhaps heard of urban air mobility by now. It’s the phrase used to describe the delivery of goods – and people – over urban airspace. Of course, this involves not only safe flights, but the safe integration of manned and unmanned aircraft via UTM, or unmanned traffic management. A lot of work is being done in these areas, focusing on automated systems involving both hardware and software that can deconflict any potential issues seamlessly. And there are a lot of companies, such as Lillium and EHang, working on solutions to safely shuttle people short distances.

A new report predicts this is all part of what’s going to be a very big industry.

IDTechEx is a business intelligence company that specializes in analyzing different industrial sectors and producing reports. And now it’s turned its eye on the eVTOL air taxi market. It points out there’s been a huge amount of investment in startups, and that even some of the major aerospace corporations have eVTOL projects underway.

In January 2020, Toyota invested nearly $400 million in eVTOL start-up Joby Aviation in a $590 million funding round joined by private fund manager Baillie Gifford, which famously invested early in Tesla stock at $6 per share. Baillie Gifford have also invested $35 million in German eVTOL OEM Lilium. Aside from Joby Aviation and Lilium,there are a host of interesting eVTOL start-ups that have popped up around the world, including Volocopter, EHang, SkyDrive, Vertical Aerospace, Jaunt Air Mobility, Archer Aviation, and Beta Technologies. As the first eVTOL aircraft get closer to flight certification, interest in the market is certainly on the rise.

The report, in addition to its analysis, provides an overview of the basic designs companies are working on:

The IDTechEx report also explores the cost factor. Obviously, transport by an on-demand eVTOL air taxi has to be affordable enough that it’s embraced by customers – yet profitably enough to sustain a business model. IDTechEx has crunched some numbers here, though we’re not sure what the “pilot” expense refers to, since many of these systems will be completely software-driven. A few of the models out there are built to be piloted, but those are in the minority. Automation is the future:

IDTechEx says because this field will be growing so quickly, it presents tons of opportunities.

The demanding requirements of electric-powered flight offer a promising market for developers of many cutting-edge technologies such as lithium metal batteries, advanced composites, and axial flux motors. These demands lead many to look at hybrid powertrain options with either existing turbine and piston engines or fuel cells. Those to market first will have the opportunity to be the face of this electrifying new market as a brand leader at the technological forefront. For any company wondering whether they should investigate this market, the question is, why not? The hard work being done over the next decade could pave the way for eVTOL to have a significant role in future mobility.

You can find more details about the report here.