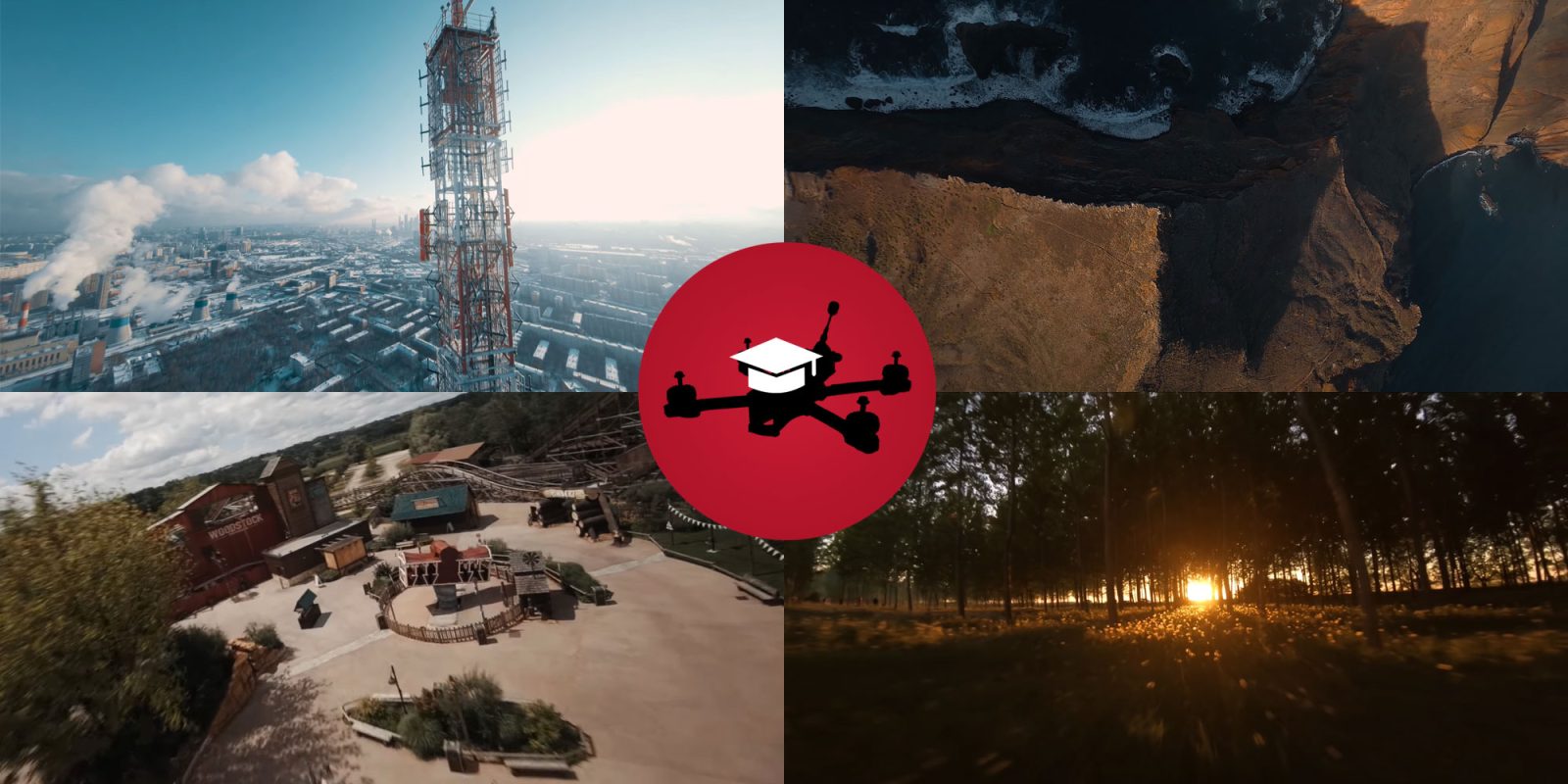 Just like any other discipline, FPV branches out into several sub-disciplines. Different quads, different videos, different styles. In this new semi-weekly column, we focus on one style of FPV, talk about what makes it special, and watch some of the best videos from that “school.”

What makes an FPV video cinematic? Well, it usually involves a blend of most of the following: smooth flying, grand locations, the use of stabilization, sound design, time ramping (slowing down and speeding up footage), less acrobatic movement, more wide-angle shots, and long lines. Cinematic videos focus more on visuals, maybe telling a story. It’s less about the flying, more about the shots and the edit. Cinematic pilots hone different skills, including lining up a shot and the ability to consistently get that good shot.

As for the quads, with the exception of CineWhoops and CineLifters (we’re going to cover those another time), they tend to be built with smoother flight and longer flight times in mind. Typically they are 5- to 7-inch props, with weight reduction taking priority over durability. They often run lower pitch props combined with larger Li-Po packs or sometimes Li-Ion packs (which give you much longer flight times at the cost of power), combined with lower pitch props. Again, opting for smoothness over speed and grip.

Cinematic videos are one of the few applications where the new DJI FPV drone could shine once it’s improved with firmware updates. I don’t think it can hold up right now with the current state of the rock-steady stabilization and general flight performance.

So let’s take look at some videos. I picked a couple off my favorites list on YouTube. Let’s look at my Top Three, plus an Honorable Mention.

This video is a prime example of what an experienced filmmaker can do with an FPV drone.

It ticks all the boxes with killer locations, long smooth lines, and gorgeous, jaw-dropping shots. They’re all edited in a dramatic way that matches the soundtrack, which is topped off with a bit of great sound design. Definitely my favorite cinematic FPV video.

You have to watch this one with headphones! Couchoud is another experienced filmmaker taking full advantage of an FPV quad, paired with the best sound design I’ve ever heard in an FPV video.

Besides a wicked location and superb timing, what this video excels at is speed ramping to create that nonstop feeling of flow as it plays. A couple of added effects like the steam rising and the speed camera flashes are also a nice touch, but it’s the sound design that really sells this video and makes it a must-watch.

One of the first cinematic videos I’ve ever seen, this one left a strong impression. It’s packed with beautiful scenes, clever cuts, some failsafes and some crazy stunts. It’s a cinematic video that also captures some other aspects of FPV and the thrill of it all. Some crazy stuff in here. One thing to note is that Mijoiu is one of the earlier adopters of using Li-Ion cells.

The Honorable Mention has to go to this one. Great mix of cinematic flying, B-roll, and an insane cell tower dive that looks like a scene out of Inception. Gorgeous shots of building dives, both day and night.

I hope this look at the cinematic school of FPV has been insightful, and that you’ve enjoyed some of these videos. Which school or type of FPV should I exploretalk about next time? Let me know down in the comments!