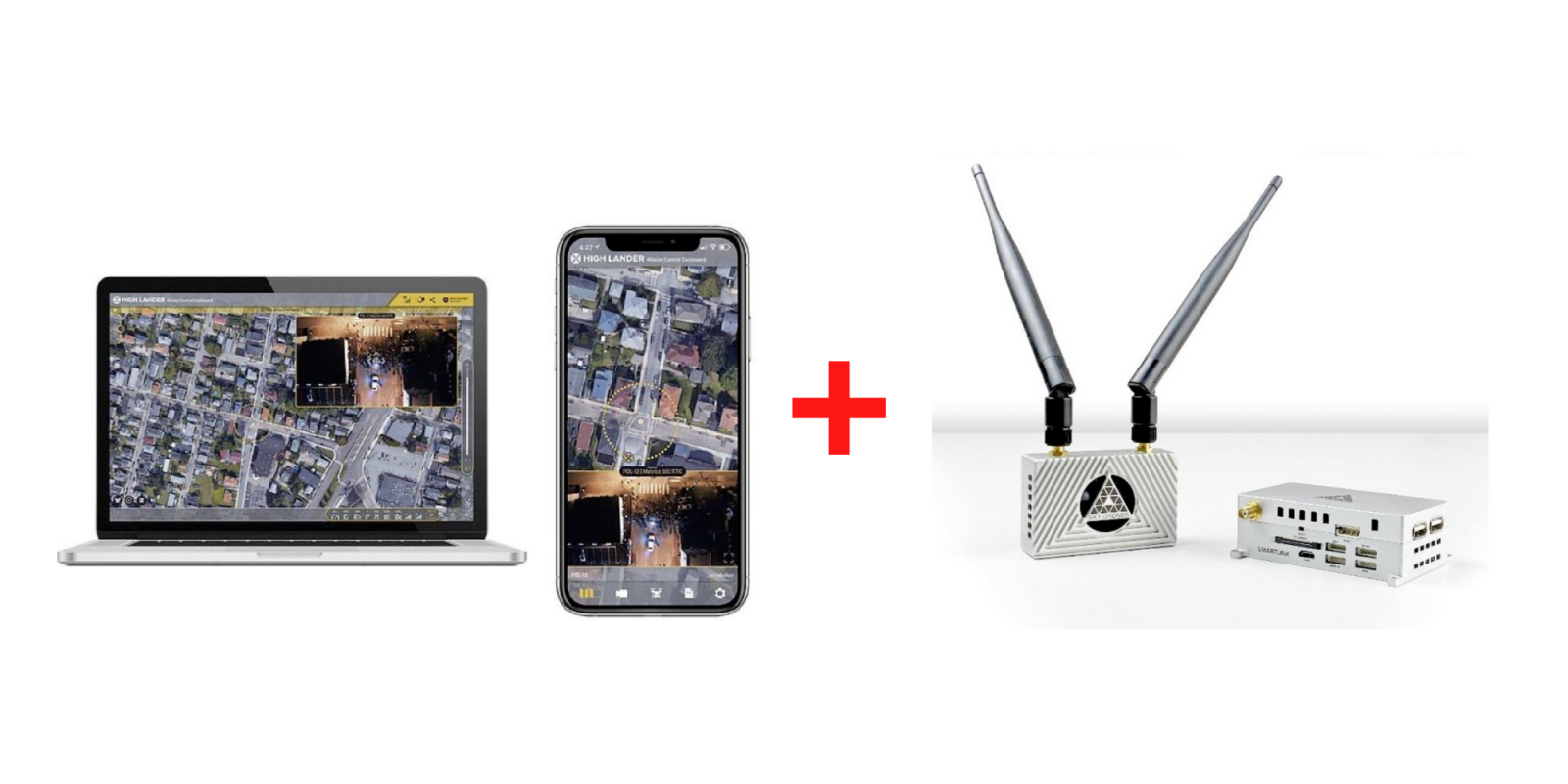 Picture that you need to run drone operations remotely: Dispatch pre-programmed or manual missions, operate one or multiple drones simultaneously, all while monitoring every aspect from a remote control station as if you were there in person. Take it a step further, and visualize doing this with a number of different brands of drones from nearly anywhere on the planet. Now you’re getting an idea of what these two companies are doing together.

High Lander is an Israel-based company best-known for its fleet management software called Mission Control. The company’s clients are already using the platform for a wide variety of use-case scenarios: Inspection work, precision agriculture, security/surveillance, drone delivery, and more. You could almost think of Mission Control as being a bit like an airport’s Air Traffic Control department, with granular control over all the drone functions from a remote setting.

The other company in this partnership is UK-based Sky-Drones. That company builds both hardware and software products – including avionics – that are a perfect fit with what High Lander does. And so the goal of this partnership is to integrate the best of both worlds:

Sky-Drones’ hardware will provide you with the infrastructure to operate your entire UAV fleet; autopilot, flight planning and control, and drone to external user communication. High Lander will provide you with the platform to operate every element of your fleet of drones through their application. What this means in literal terms for users is installing the UAV hardware from Sky-Drones, downloading the High Lander app and creating an account, connecting to the hardware, and taking off. Control your UAV and all its supporting operations using High Lander’s Operations Centre, Remote Cockpit, and much more.

The news release says there’s a larger purpose at play: The safe deployment of drones into airspace. The impressive automation of the system carries out planned flights while monitoring all aspects of the drone’s performance. It’s also integrated with other data to ensure there’s no conflict with manned aircraft.

As mentioned, we’ve seen a live demo of this software. Remote missions were planned and executed in real-time, with live changes to mission parameters while the drone was in flight. We even saw a mission-in-progress being handed off between two drones. In the example, as the battery began to run down on drone A, it stopped and hovered in place. Drone B was then dispatched to the same location at a slightly different altitude for separation. Once Drone B was ready to pick up the mission, Drone A returned to base. It was pretty slick.

The platform options can be downloaded as apps if you’re curious and want to check them out. From what we’ve seen, they could be a great solution for Enterprise and First Responder users, in addition to other applications.

There are a couple of options:

Based on what we’ve seen, they’re worth having a look.