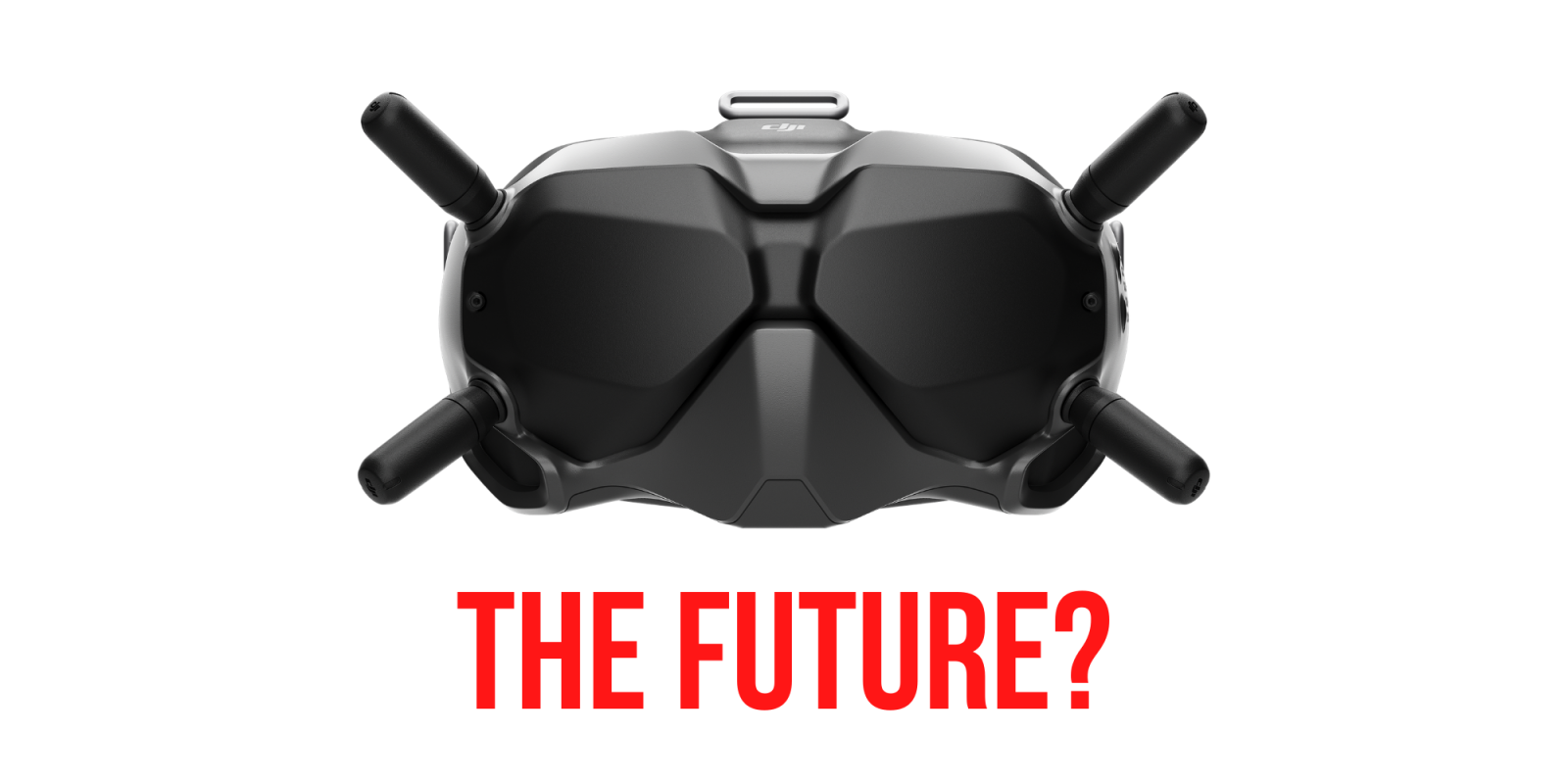 As we reported earlier, the upcoming DJI Air 2S drone will be compatible with the V2 Goggles. Could this be a sign of things to come? A shift, perhaps?

Pretty much anyone who has put on a pair of DJI FPV goggles, whether V1 or V2, has been stunned by the quality. The video is just so clear and generally free of artifacts that they’re a joy to wear. But certainly with the V1 goggles, the primary market has been the FPV builder crowd; the guys (and some gals) with machines built for acrobatic flight (though there has been a growth in long-range FPV).

Point is, goggles have not been used much by the people flying more conventional drones. And yet… it’s an awesome option for flying.

Let’s look at the big picture here. Regardless of where you are on the love/hate spectrum with the new FPV Combo, there’s no denying it’s introducing a ton of new people to the thrill of FPV flight. We’ve been in several forums where people can barely contain their excitement at how this new (to them) style of flying feels.

That doesn’t surprise us. As we’ve noted before, people absolutely flipped in New York City in 2016 when DJI introduced the original Mavic Pro and gave a preview of its FPV goggles – the big white ones.

Some people caught the bug right away (I still own a Mavic Pro and a pair of those goggles). Yet even though those goggles sold out (more than once), building and marketing its broader drone line as FPV-capable never really became a thing for DJI. Yes, you could pair them with the Inspire 2, and we seem to recall, the Phantom 4 Pro, but DJI didn’t fully exploit their potential. (Plus, they are pretty big.)

Now, things appear to be changing.

The first, obviously, is the release of the DJI FPV Combo. It’s the company’s first foray into an acro-capable drone. And it has clearly found an eager market segment.

Now, as we’ve reported, the DJI Air 2S will be compatible with the V2 Goggles and the motion controller. The Air 2S is not going to be an acro-capable product and you’ll still be able to fly it using your phone or tablet attached to the controller in the standard fashion. But key here is that you’ll have the option of flying it in FPV mode. And that’s definitely going to appeal to many – including tons of weekend warrior pilots who simply want to enjoy the view in a way that only those goggles can provide.

Plus, as we’ve seen with the FPV Combo, DJI has its low-latency OcuSync 3.0 – which is not difficult to add to other products.

Though we’re not privy to the numbers, the frequent “Out of Stock” notifications on DJI’s goggles is a good signal of their popularity. We also anticipate, given the popularity of the Mavic Air 2, that the Air 2S will be an in-demand product – and that many people will purchase the goggles and Motion Controller at the same time.

Those are really significant add-ons for DJI. If someone opts for both, they’re adding an extra $768 to their order. What’s more, they’re likely going to be happy they did.

It seems to us there’s ample evidence of demand for FPV flight from a new market sector. It’s also clear that FPV flight has, until now, been pretty much the exclusive domain of builders with high-speed quads.

What does all this mean? Well, if we were DJI, we’d be providing that First Person View goggle capability with pretty much every product we shipped. Certainly there’s the case on the consumer side, and we can also see advantages for certain Enterprise and First Responder applications.

Will it happen? Well, there’s supposedly a Mavic 3 coming out in Q3 or Q4. We expect that it, too, will be capable of connecting with the V2 Goggles and motion controller.

We also think, assuming this happens, that other models will follow suit.