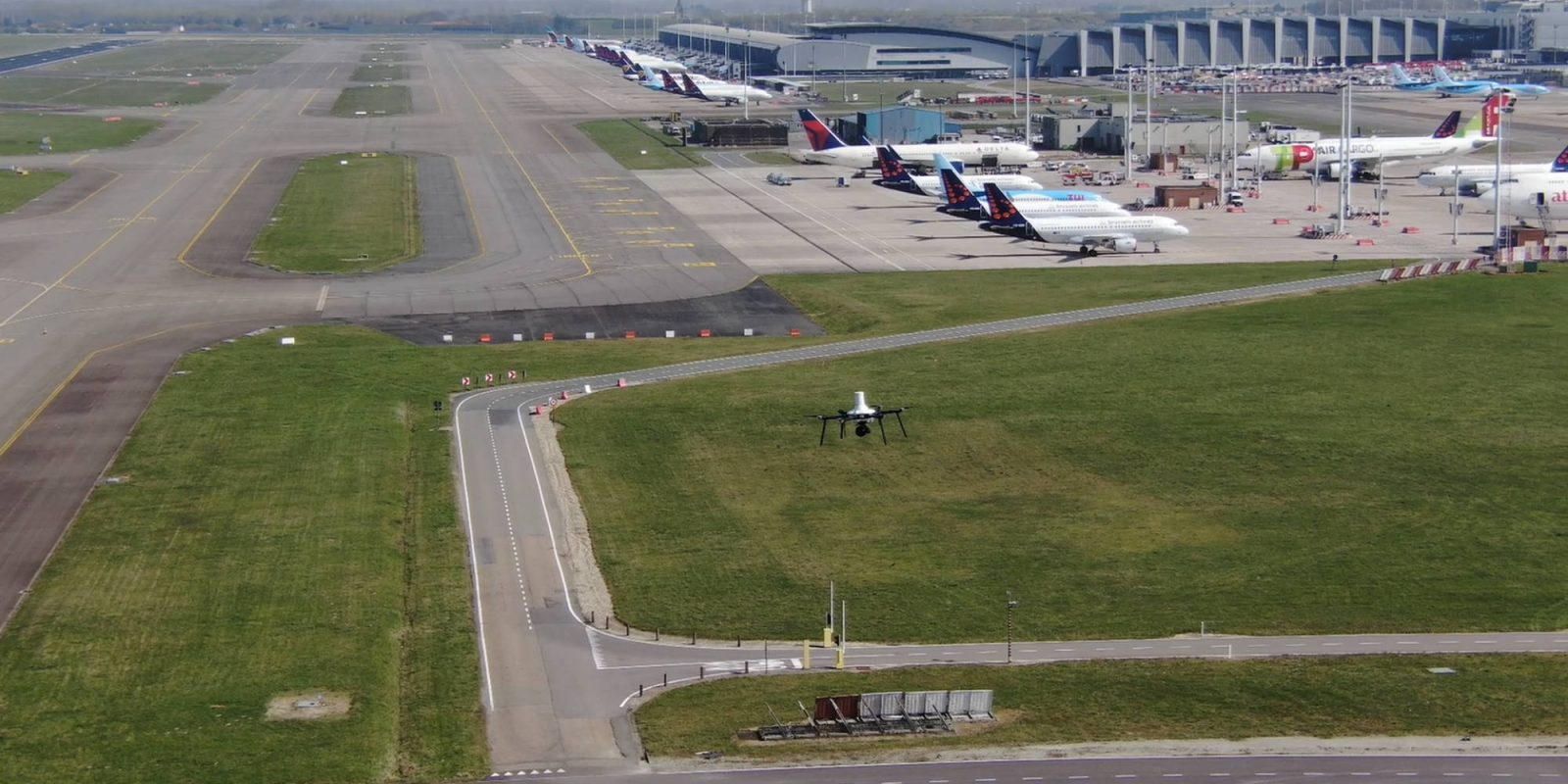 At the end of last month and the beginning of this month, Brussels Airport partnered with Skeyes to test the use of drones around the airport to increase the safety, security, and efficiency of operations. The two also tested a drone detection system that will keep it safe from rogue drones entering the airspace.

From March 31 and April 1, the team tested a safety drone at the airport to explore the possibilities and figure out the operational procedures. The airport decided to test the drone as the airport covers a large area, making it harder for groundworkers to get to a specific area. The drone is expected to be used for inspections, as remote binoculars, incident response, and animal-related inspections.

The drone was flown at the airport in cooperation with Citymesh, the company operating the drone, and the one behind the private 5G network used to operate the drone from around 60 miles away in the neighboring city Bruges. Due to the distance, the flight was considered beyond the visual line of sight, which was also a first for the airport.

It is important for our airport to continue to focus on innovation. Although drones and aviation do not initially seem like a good combination, this is a new reality, the possibilities of which must be explored. Today, thanks to our private 5G network, we managed to control a drone remotely, which is an innovative first together with our partners. Drones can be additional tools in our operations, and these tests will give us more insight into the possibilities.

As drones are becoming more common in everyday life and incidents at airports and other sensitive facilities are on the rise, Brussels Airport also tested out a drone detection system to help keep the airport safe and aircraft out of harm’s way.

The drone detection system detected both airport drones and “rogue” drones during the test, with each drone being matched to an authorization code if available. The airport was using the SkeyDrone drone management platform, which was able to take care of this from start to finish. Based on the test, the airport will decide what other counter-drone systems it will look into next.

Skeyes has been building drone-related expertise for a long time. We often work on real-life test projects. This was the first test in our ‘natural habitat’: an airport environment. These test days have already shown that drones can also be put to very good use here. We want to explore the possibilities as much as possible together with our airport partners. But of course, always with our first concern in mind: the safety of the whole of all air traffic.