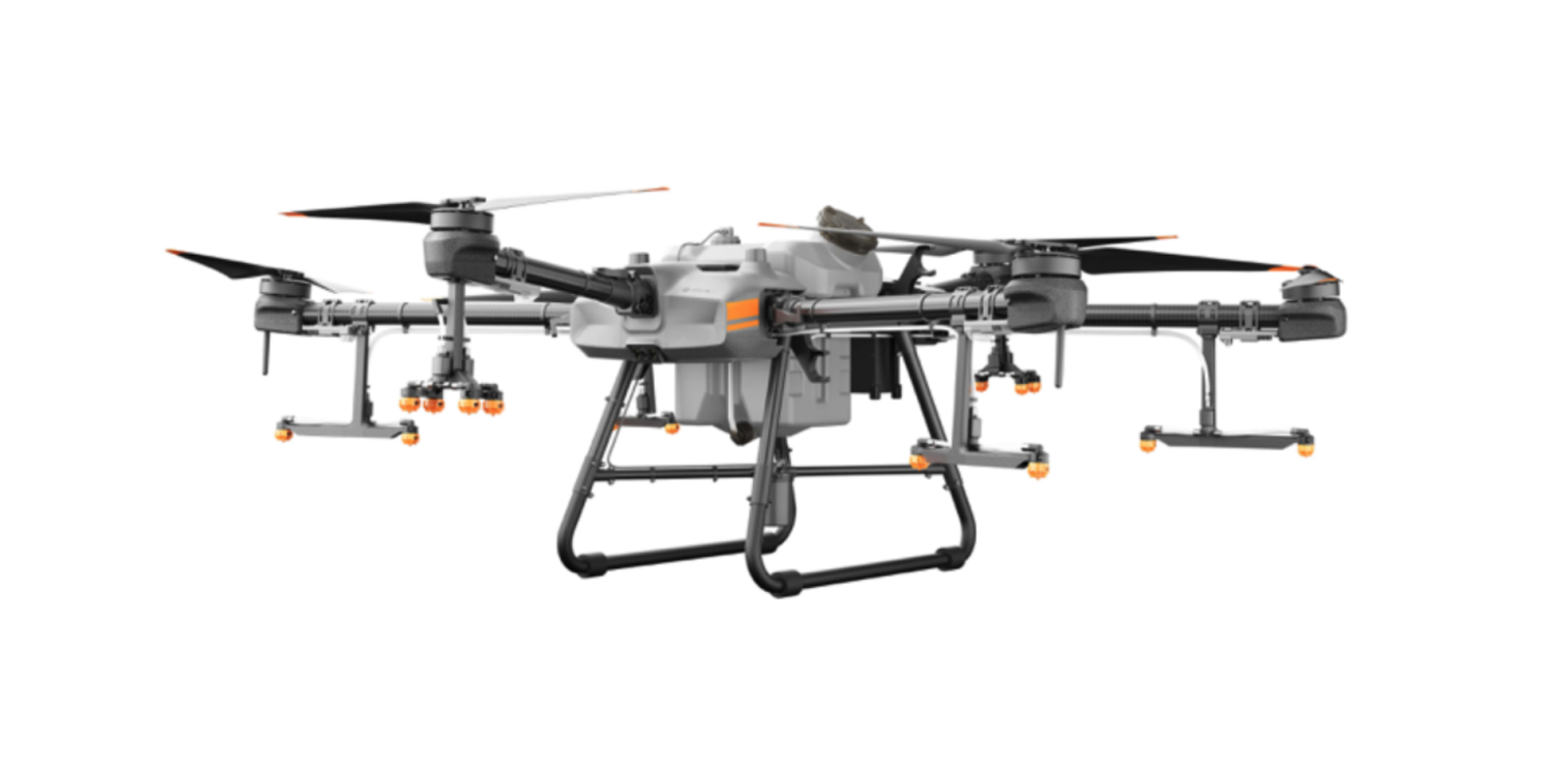 FCC filings, in our experience, pop up not long before the release date of a product. Based on a quick look through our archives, it appears to be that these filings surface exactly one month prior to release. And if we take that as our guide, there will be some new additions to the Agras product line coming soon.

That string of numbers is the FCC identification for one of the two products. It appears to be a new Agras drone – those fairly distinctive agriculture drones meant for spraying pesticides and fertilizer. The model is the T10A. That indicates that this is likely a drone with improvements over an existing model, the T10:

The weird string of numbers that make up the FCC ID are not entirely random. Here’s how they work, from the site carrying the FCC filing:

An FCC ID is the product ID assigned by the FCC to identify wireless products in the market. The FCC chooses 3 or 5 character “Grantee” codes to identify the business that created the product. For example, the grantee code for FCC ID: SS3-T10A is SS3. The remaining characters of the FCC ID, -T10A, are often associated with the product model, but they can be random. These letters are chosen by the applicant.

And here’s the label and ID – and the product itself:

We also found this video from a few months back which details the T30 and T10; you might want to brush up on your Mandarin before viewing:

Both of these products are continuing with the existing branded naming convention. And so while names like “Mavic” are being dropped from the consumer line, it appears – at least from this filing – that DJI is not taking the same approach with its Enterprise products, or at least not with the Agras line.

These machines, by the way, are used quite widely in parts of Asia where there’s very intensive agriculture. Rice paddies and terraced farming would be good examples of locations where these can be put to very effective use.

Certainly they are also used in everything from apple orchards to more conventional crops in North America, but because there’s a limit to the amount of herbicide/pesticide/liquid fertilizer they can carry in one go, they’re not necessarily going to be a fit for a really large farming operation.

But, as we know, that could well change down the road. Who knows, perhaps we’ll see a fixed-wing VTOL someday that can apply these liquids with the speed of a crop duster.