Are these photos of the UFO/drones pestering US Navy warships? 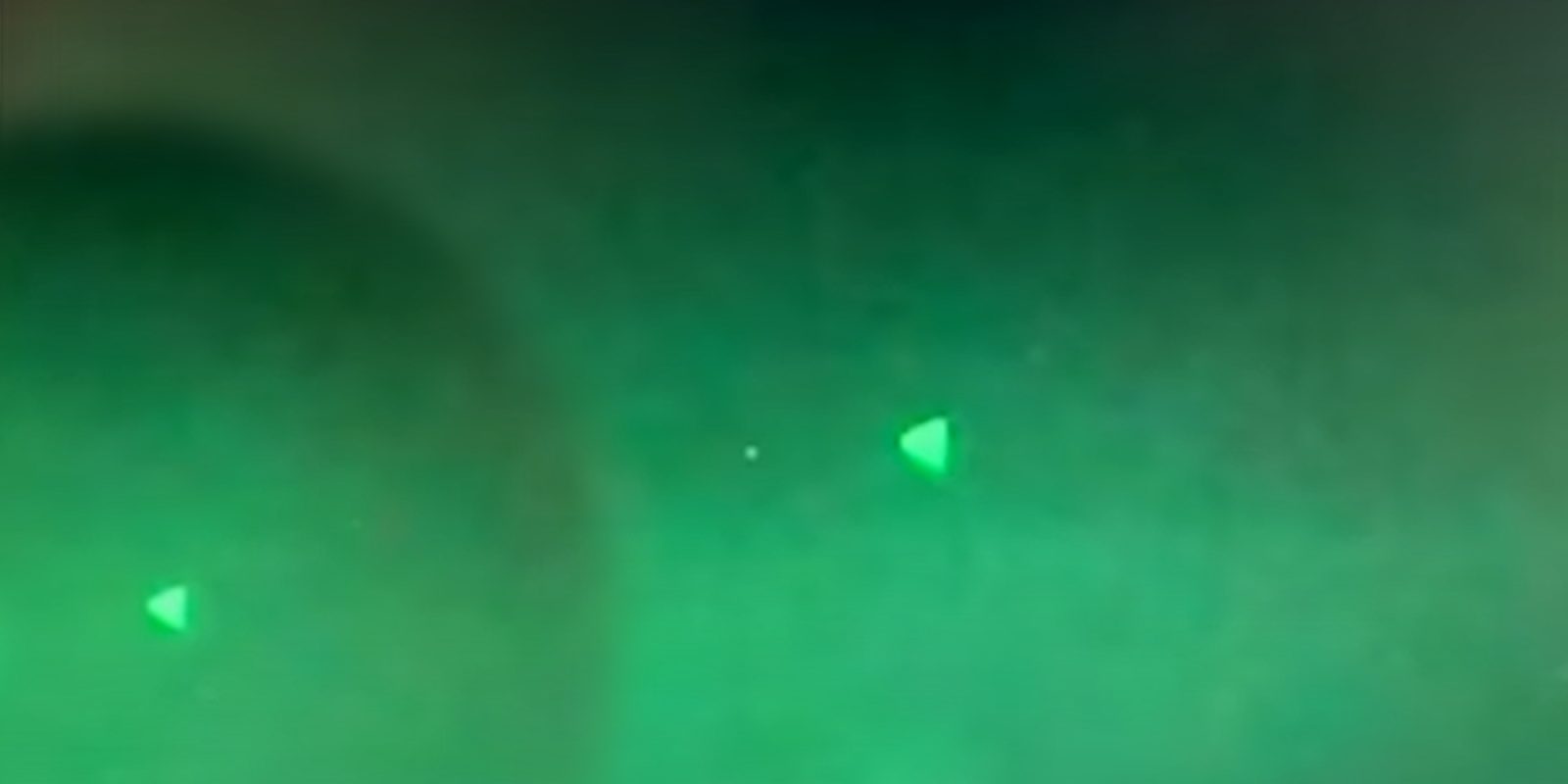 It’s always best to keep your skeptic hat on in cases like these. But a Las Vegas television station is running a story with pictures it claims are of the mysterious flying objects following US Navy warships off the California coast.

The CBS affiliate says the images are leaks from a secretive Pentagon investigation of UFOs. The Unidentified Aerial Phenomena Task is gathering evidence for a report to the US Congress in June. It will apparently include photographs and videos of UFO encounters with Navy destroyers off the southern California coast.

Jeremy Corbell says he obtained the pictures. Corbell is a filmmaker and artist with an long interest in UFOlogy.

We’ve reported on the bizarre encounters last month. There is no doubt the sailors are perplexed. Newly released log entries from one warship indicated that the crew members weren’t sure what they were seeing. They seemed to suspect some kind of drone.

Corbell says these are pictures of what the sailors saw, 700 feet above their ship.

“This was taken on deployment from the USS Russell,” Corbell told 8Newsnow. “It shows what they described as vehicles. They made… a great distinction that this is not something that we own. This is not something of a foreign military, that these were behaving in ways that we did not expect. And that they were you know shaped non-aerodynamically. Like pyramids, these are flying pyramids!”

Couple of things. UFO stories fascinate 8NewsNow. Check out its YouTube feed. And Jeremy Corbell has made a number of films about possible extraterrestrial contact, including Patient Seventeen. It’s about a surgeon who claimed to remove implants embedded by aliens monitoring the earth.

Here’s the 8NewsNow story so you can judge for yourself.