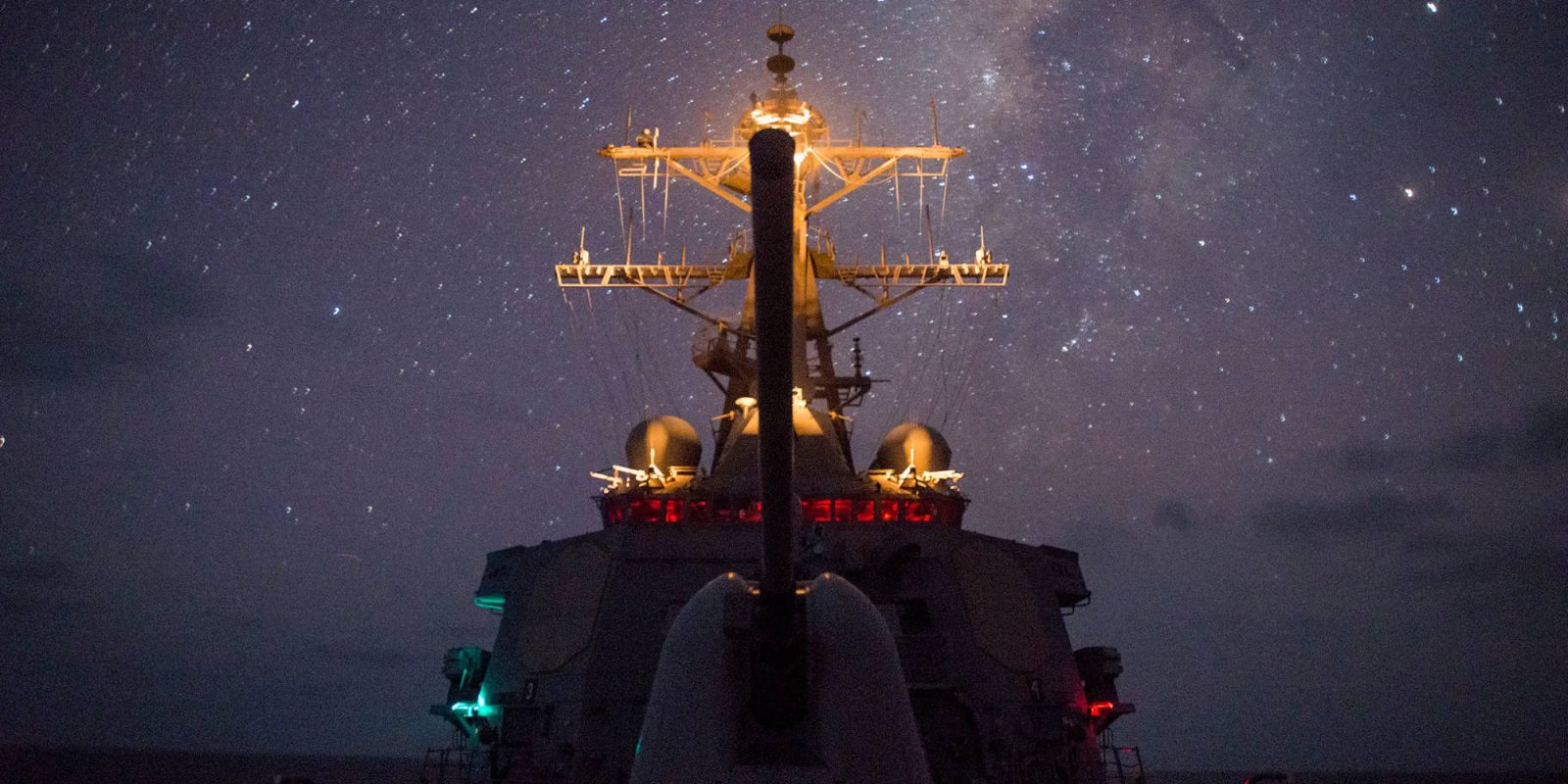 During the summer of 2019, US Navy ships near California’s Channel Islands began to report seeing unidentified aircraft in the night sky. When the sightings were recorded, as many as six drones were spotted flying above for prolonged periods.

Last year, documentary filmmaker Dave Beaty shared details about the events focused on the Arleigh Burke-class destroyer USS Kidd. On top of the initial information shared, we now have more details on the events thanks to a Freedom of Information request from The Drive.

The FOI requests confirm details already shared on the events, and give us insight into new events and deck logs from the ships involved to see what staff were doing and how they responded. The investigation also used hundreds of gigabytes of ship location data to figure out where each ship was at the time of the sightings and any other navy or civilian ships nearby.

The Drive was able to get the USS Kidd’s starting location and found four other ships nearby: the USS Rafael Peralta, USS Russell, USS John Finn, and the USS Paul Hamilton. This allowed a full picture of the events to be built.

On July 14, 2019, the first two aircraft, or what the navy refers to as drones, were spotted and mentioned in the USS Kidd log. Soon after the sighting, the ship went into a condition of restricted communications, which allows it to bolster its security and focus on the “threat.” During this time, the ships would use their EMCON system to minimize their electronic signature.

The sightings happened again on the following night, with the same things happening. To make sure it wasn’t a nearby ship’s drone in the air. The navy got in touch with the nearby vessels and began to ask questions surrounding the incidents. One of the nearby ships did have a drone, but it couldn’t fly more than a few feet from it and would not stay in the air for the 90 minutes that the one spotted did.

As we still don’t know what, how, or why the drones were hovering above the navy ships in 2019, it has raised more questions than answers with the release of this new information. Were the drones a part of top-secret military testing that the ship crews didn’t know about, or was it a nearby hidden boat flying a drone way too close to the ships?

The Drive is still investigating the incidents further, with updates to come if anything interesting is found. Until then, we don’t have any more information on the drones, and it really makes you think about what was going on during the nights and if the drones existed at all.