A day of FPV drone racing, as told by participant and DroneDJ writer 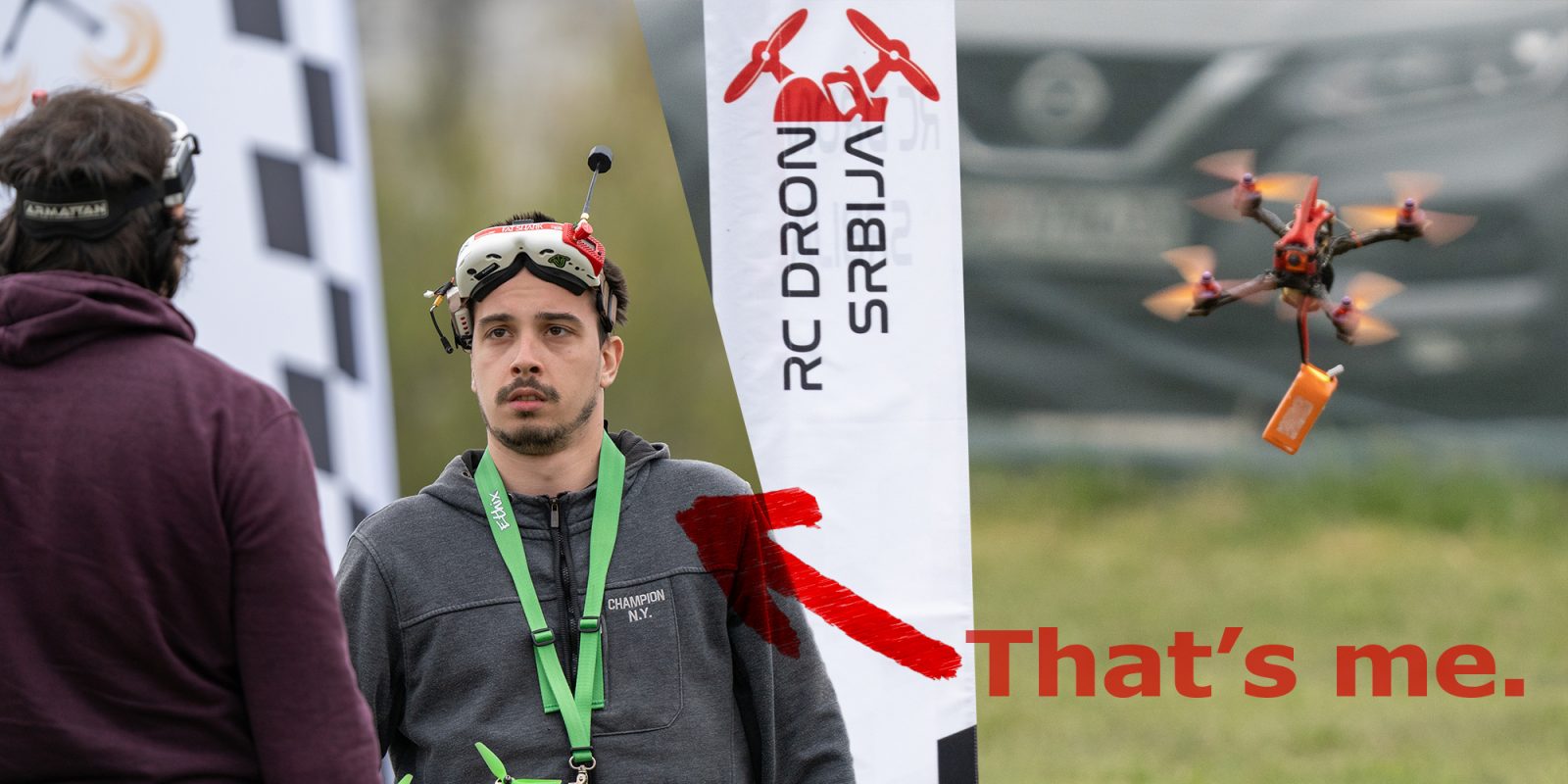 It’s not every day that I get to go racing – let alone write about it the very next day. But here we are.

Drone racing season kicked off last weekend in Serbia with the Belgrade Spring Cup, the first FAI sanctioned race of the year. After a long winter, it was a long awaited race event and day of FPV. And we had a blast. For the folks here it’s not just about the racing. It’s about hanging out with friends and fellow pilots who are usually scattered all over the country. Granted Serbia’s not a large country, but FPV isn’t an everyday hobby in these parts, and we are few in numbers. Our community boils down to a Viber group of about 200 members after all. Normally we do most of our engagement online, but for races and events like these we come out not primarily to compete, but to meet up, hang out, swap parts, have a good time and do some casual racing.

This race event was organized by local chapter RC Dron Srbija. Sponsored by the Ministry of Youth and Sports, the Aeronautical Union of Serbia and TCMMRC.

Two days before the race, I built a pure racing quad using spare parts and a frame that my buddy cut out for me. It’s the one right below with my bad choice of spare parts. Put it together, slapped a quick tune on it, and then headed to my buddy’s place the next day to get some stick time on it before the race.

I suspected the ESC might not handle these motors and this type of flying – it’s a stack I removed from a Taycan after all, but it held up and the quad flew great. Happy with the quad, I couldn’t wait for Sunday to try it on an actual track. Little did I know what it had in store for me the next day…

Waking up at 6:30 a.m., picking up my two friends and fellow pilots, and taking a little over an hour-long drive to the race, we get there, help the rest of the crew, set everything up, and then wait for the rest of the pilots to arrive. So far, so good. First the quads go through the failsafe and VTX power check, then we “walk the track” and after that the race organizer handed out the groups and frequencies. I landed in group five. After everyone has set their VTXs to their assigned channels, the training heats can begin.

I waited for my heat, set up my quad, armed and tilted on the launch pad, while waiting to hear the start signal. I hear the fourth beep and throttle up – barely I make it past the first gate before hitting the ground, which kills my VTX. Something was up with my quad, it felt like it had no power. After the heat was over, I picked up my quad and tried some line of sight. The motors sounded weak, and there was some dipping in the rear when blipping the throttle and one of my motors was getting really hot. The issue literally appeared overnight.

Scrounging to fix my quad, my buddy gives me his spare quad to tear out his VTX and swap them out. I try out my quad again and it’s doing the same thing with the motors and the dipping. We concluded that it’s an ESC issue and deemed it unfixable in the field. So I swapped the VTX back into his spare quad and bound it to my radio. By the time all this was done, it was lunch break and everyone had gone to eat. I tried one pack on the track before qualifications started. Thrilled with how his quad flies, with my rates, on my radio, I was ready. This is the quad I would go on to race for the rest of the day.

I passed the qualifications and went on to steadily progress forward in every single heat once the eliminations phases started, taking the DYS motors straight into the finals. Considering how the day started, it was going great now!

Normally at races I always mess up somewhere and crash out at the dumbest possible point in the race and then have to climb back out of the losers bracket. This time I was all about the “Slow is smooth and smooth is fast” mentality, especially considering I wasn’t flying my own quad.

I ended up winning the race. It’s the third race I’ve ever won, but the first medal and trophy that I brought home! Here’s my DVR from the final heat:

It was an awesome day of hanging out with friends, flying FPV, troubleshooting, racing, and winning! For the record, here’s a picture of me with the first trophy I ever brought back home!

I hope you’ve enjoyed my little tale of a drone race in Serbia. Looking back on that day, it got me thinking what I could’ve done better. For starters, bringing more than one analog quad with me. I’ll talk about that and a couple more tips for beginners going to a drone race in an upcoming post. If you liked my parts list above, here is a full list of the gear I use and why.