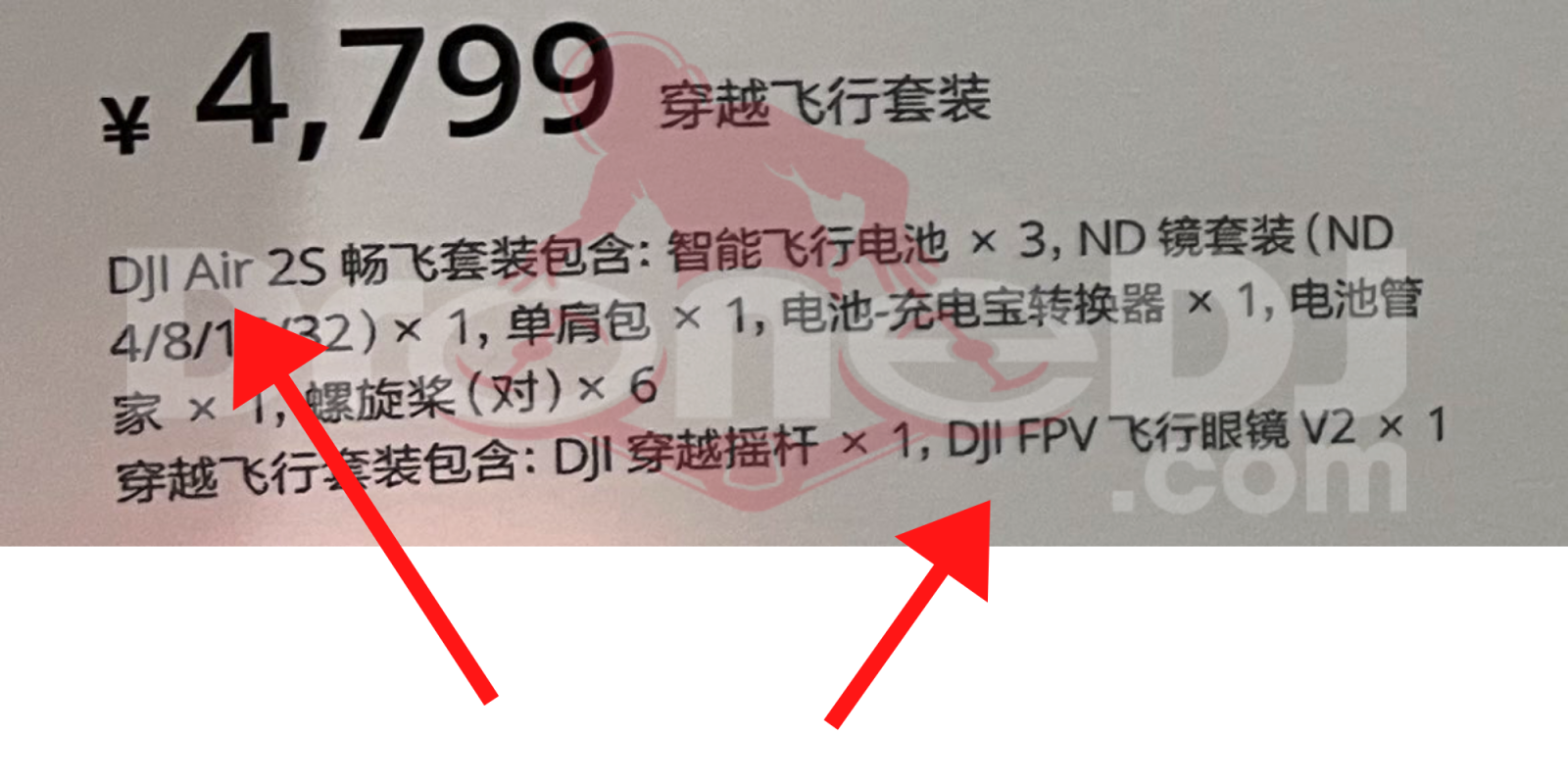 DJI was planning on offering its Goggles and Motion Controller as an add-on bundle for the Air 2S in China. It’s further evidence the Air 2S and its O3 transmission are compatible with the V2 Goggles.

There’s a lot of confusion out there around DJI’s Air 2S and its potential compatibility with the company’s V2 Goggles and Motion Controller. We reported, prior to release, that this feature would be available – and we had two sources: one in China and one in North America. Both had solid information that added up. But when the product was released, there was no mention of this possibility.

Well, we’ve received more information that DJI was initially planning on making this capability available at launch, but shifted gears at the very last minute. We base this on company pricing of a bundle that was meant to be available as an add-on for the Air 2S, as well as a country-specific DJI website.

The first part of this description outlines what comes in the Fly More Combo. It’s the usual stuff: The three intelligent batteries, the ND filter set, charger, etc. But it’s the bottom line that we’re really interested in.

The translation is a little rough using Google Translate, but it describes this as an add-on combo for the Air 2S that contains one set of DJI FPV Goggles V2 and one Motion Controller. The price? 4,799 Yuan, or about $740. Here’s what our source said:

And the plot thickens:

So, as he’d told us (and as we previously believed), DJI was all set to announce this capability at launch. And then something happened. This is further confirmed by this screen grab taken from a DJI website in another country, before it was taken down. The website showed, even days after launch, that the Air 2S was compatible with the V2 Goggles:

There are a couple of possibilities here, and perhaps even a combination.

Possible. But DJI has tremendous resources at its disposal. If that software needed some tweaks and if DJI wanted this feature released shortly after launch, it probably would have happened by now.

DJI didn’t have enough Goggles in stock to support a launch.

This is a decent theory, especially since there’s a global chip and sensor shortage at the moment. Plus, demand for those V2 Goggles has skyrocketed, both from FPV pilots and people who purchased the new DJI FPV drone package. They’re currently out of stock as a standalone purchase, though you can get them in the combo with the DJI FPV drone:

We lean toward simply the supply issue. If DJI had enough V2 Goggles to go around, they’d be for sale on the site right now. They aren’t.

We suspect the Air 2S Goggle/Motion Controller capability will be addressed in a future firmware update. So, if you’ve got the Air 2S… be patient. And if you don’t? Find out more here, and be sure to check out our comprehensive review and video.