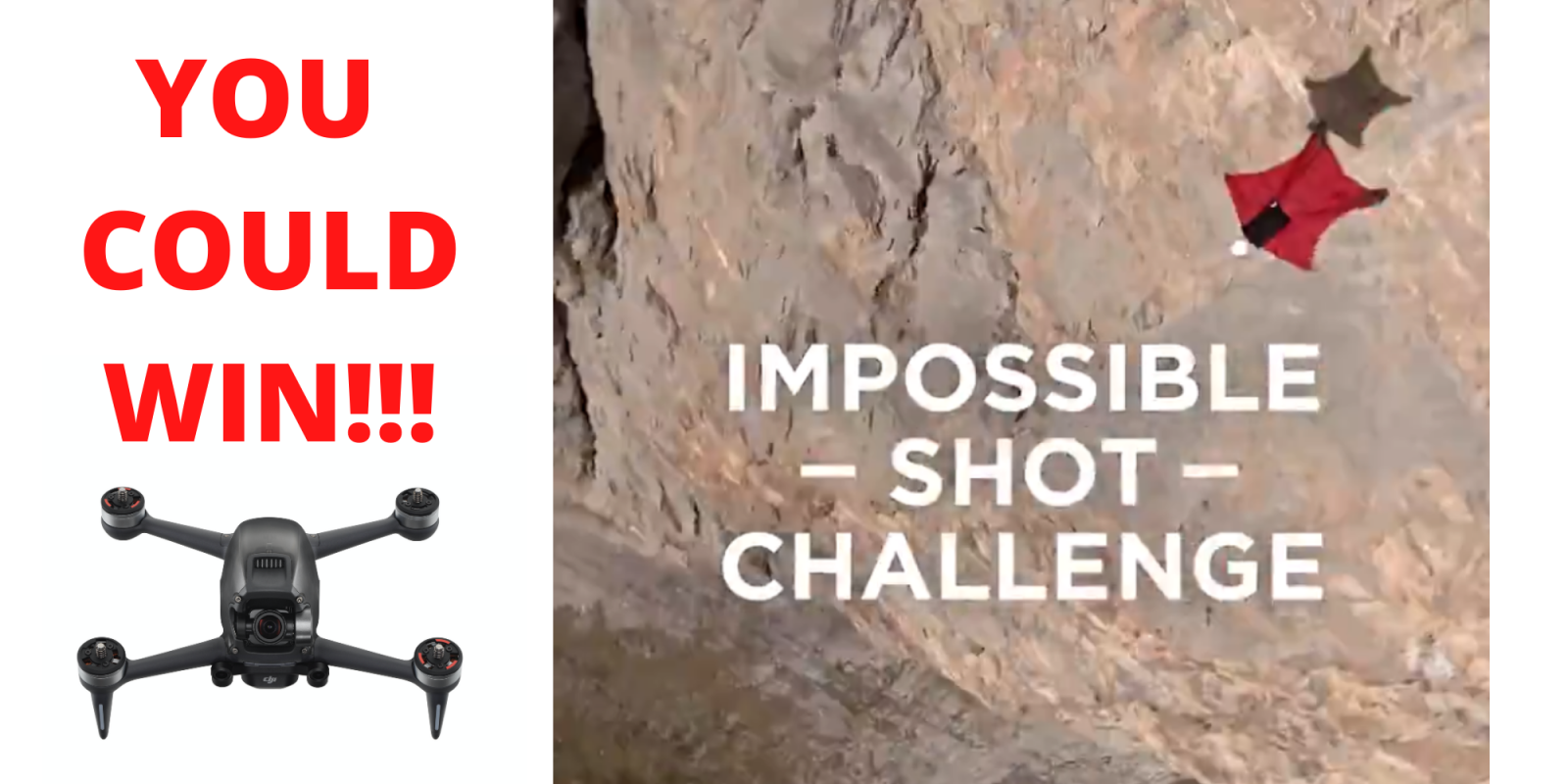 DJI has just launched a contest that will definitely appeal to many of our readers. The challenge? Impress the judges with an “Impossible Shot.”

We were just itching for a contest, and DJI has come through. Fresh on the heels of its launch of two recent products – the DJI FPV Drone combo, plus the great little Air 2S – the company is putting one of those sweet FPV combos up for grabs. Interested? Of course you are!

So let’s check out the requirements.

DJI dropped the news of the contest on both Twitter and Facebook. But as of the time of publication, it did not post a video on YouTube, nor did the company issue a news release. But no worries, because pretty much everything you need to know is right here:

Go for it, and use the hashtag above to catch DJI’s attention.

Of course, it will take more than a hashtag to win. You’ll need a truly spectacular shot. Now, some of you will already have the chops for that. But we’re totally aware that many of those pilots who bought the DJI FPV Combo were brand-new to the world of First Person View and acrobatic flying. And, of course, that drone really opens the door for newbies in a way that no other FPV product has. That’s because, if desired, you can still fly this drone in a sedate “Normal” mode, where it will simply hover when you take your fingers off the sticks. (Plus, it has other features to keep you flying rock-solid stable until you’re ready for full Manual mode.)

If you’re relatively new (and even if you’re looking to improve), you can find a great little guide that DJI put together. Not coincidentally, the new guide was published April 26, the same day the contest was announced.

So get reading, get flying – and get entered.

We wish everyone luck; may the best pilot win!