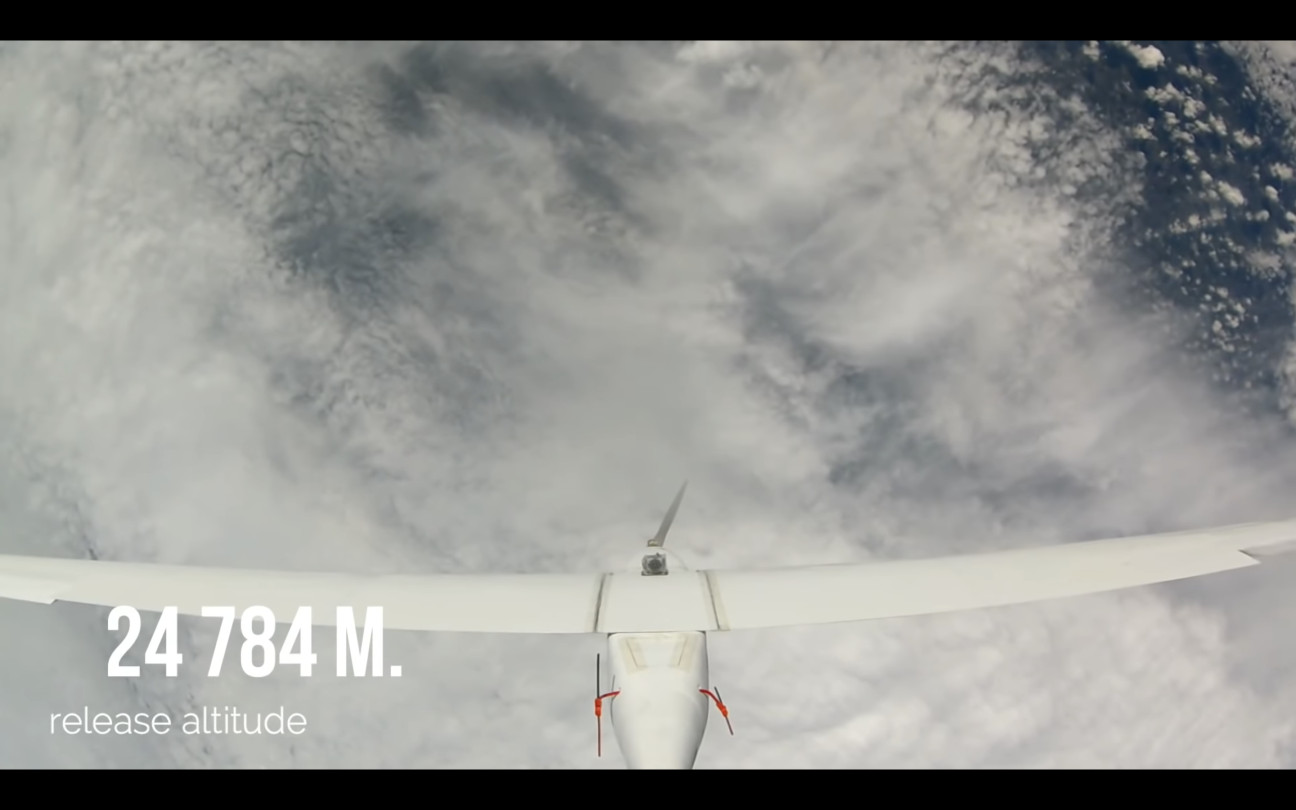 The unmanned aerial vehicle (UAV) aced a barrage of flight and performance tests during its 2.5 hours in the heavens. And once it completed those challenges, the craft touched down almost precisely on its designated landing spot.

That feat will catch the interest of players in the booming pseudo-satellite sector searching for economic yet efficient means of servicing their lower-altitude orbiters.

The demand for UAVs like the Cloudless craft will only grow as cheap stratospheric drone options evolve. Aerospace giants including Airbus, Lockheed Martin, BAE Systems, and Northrop Grumman are all active in the estimated $23 billion High-Altitude Pseudo-Satellite (HAPS) market. Tech companies Facebook, Google, Amazon, and HAPSmobile have also gotten involved.

Servicing them, however, can be tricky.

True, their lower altitudes don’t require the expensive deep space launches that traditional satellites involve. But their positions above Earth’s troposphere is a “tweener” spot most aircraft cannot get to.

Their ULEP-1 is hoisted to designated altitudes by a giant balloon and set free. There, the glider draws energy via solar panels at an altitude where there are no weather conditions to obscure the sun. That means constant power to run the glider’s computers and transmitters, and drive its propeller for thrust when needed.

According to Cloudless, further development will permit the craft to remain aloft for months, and eventually a full year per flight. Equipped with artificial intelligence capabilities, robotic functions, and communication gear, the drones will be able to service HAPS while keeping operators abreast in real time.

Meantime, the ULEPs can provide data for environmental observation and research. They may also compliment habitual communication and navigation networks that can overload in times of crises and natural disasters.

Entirely designed and built in Poland, the Cloudless UAV has been approved for flights by European Union Aviation Safety Agency.

Its recent test flight set a performance milestone for the Cloudless drone, but not an all-time altitude record. That was achieved in 2019 with a trip 27,232 meters/89,343 feet above the planet.