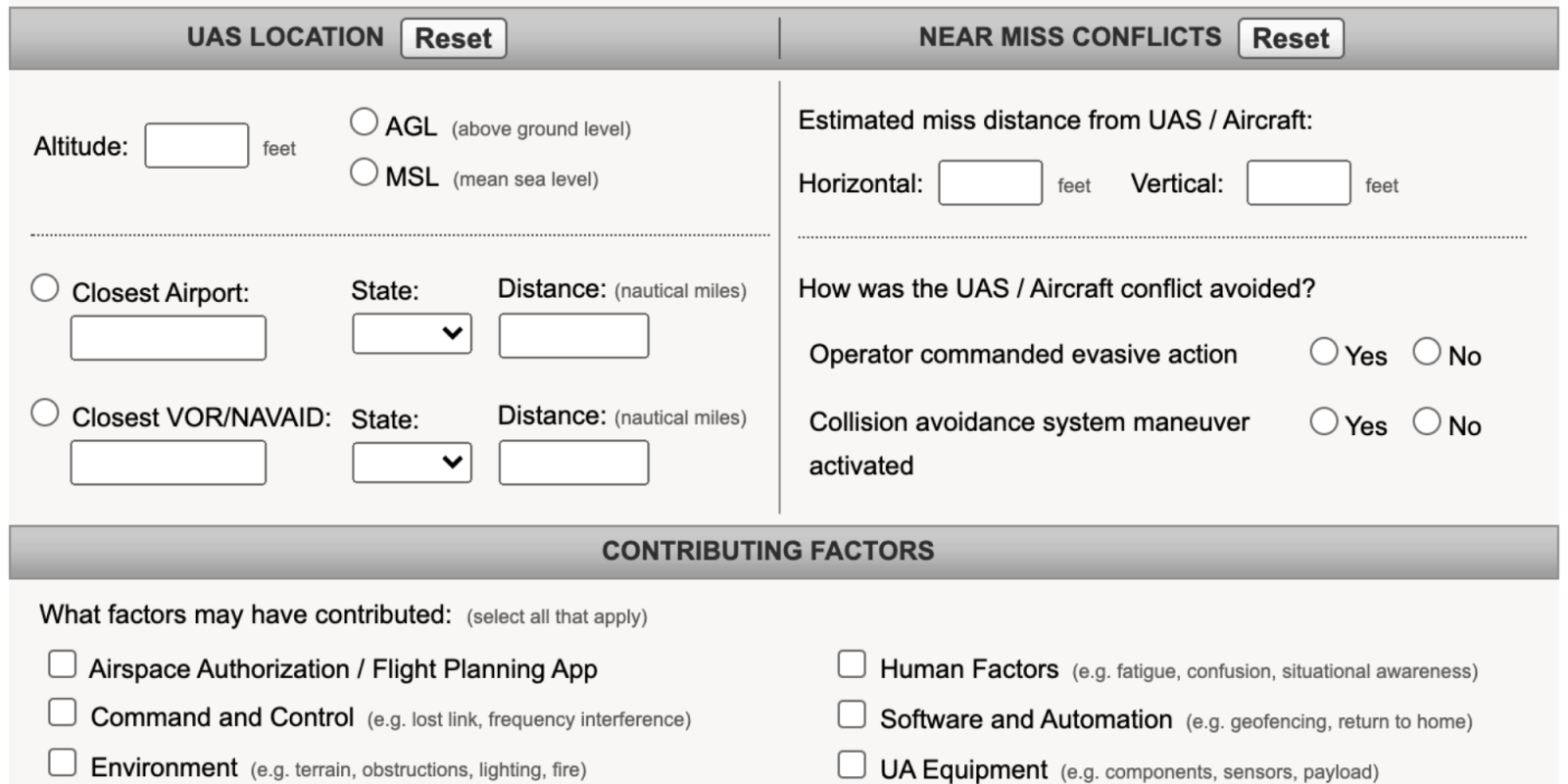 Let’s say you had an issue while on a recent drone flight. Maybe you were a mission and a manned aircraft dipped below 400 feet. Maybe the drone had a flyaway. What to do? Well, the FAA is encouraging you to report it, using an anonymous and largely non-punitive system.

The Aviation Safety Reporting System is new to us. And that’s not surprising, because it has only just opened its door to reporting on drone incidents. But it’s a good tool to access when necessary, as it helps give regulators and others a more complete picture of incidents involving safety that it would otherwise not even know had happened. If, for example, a particular model of drone – or even a particular location with heavy interference – was found to be associated with a number of flyaways, an identifiable pattern would emerge that could lead to the situation being remedied.

So reporting safety issues makes sense – and gives the FAA a much bigger picture of what’s happening in the National Airspace System.

Though the data is for the FAA, the Aviation Safety Reporting System (ASRS) is run by NASA, to keep it kind of an arm’s length, third-party system. It’s also anonymous, so if you report something, it’s not going to result in charges except in extraordinary circumstances.

And now, with a Tweet, the FAA has announced it’s open to reports involving drones.

Remember, the FAA wants to encourage people to file drone reports. So it stresses:

“The FAA’s ASRP enables a non-punitive avenue for anonymous reporting. If you file a report with NASA’s ASRS, the FAA considers this to be evidence of a constructive attitude. Therefore, even if a finding of a violation is made, a civil penalty or certificate suspension will not be imposed as long as:

Great. Where can I find it?

Glad you asked. The main ASRS page is right here. Once you click through, you’ll find a form that looks (at least partially) like this:

We often state: “We’re not the drone police.” But we do believe in trying to help ensure that DroneDJ readers are on top of the latest regs, and – in this case – reporting systems. The specific form for drones can be found on this page.