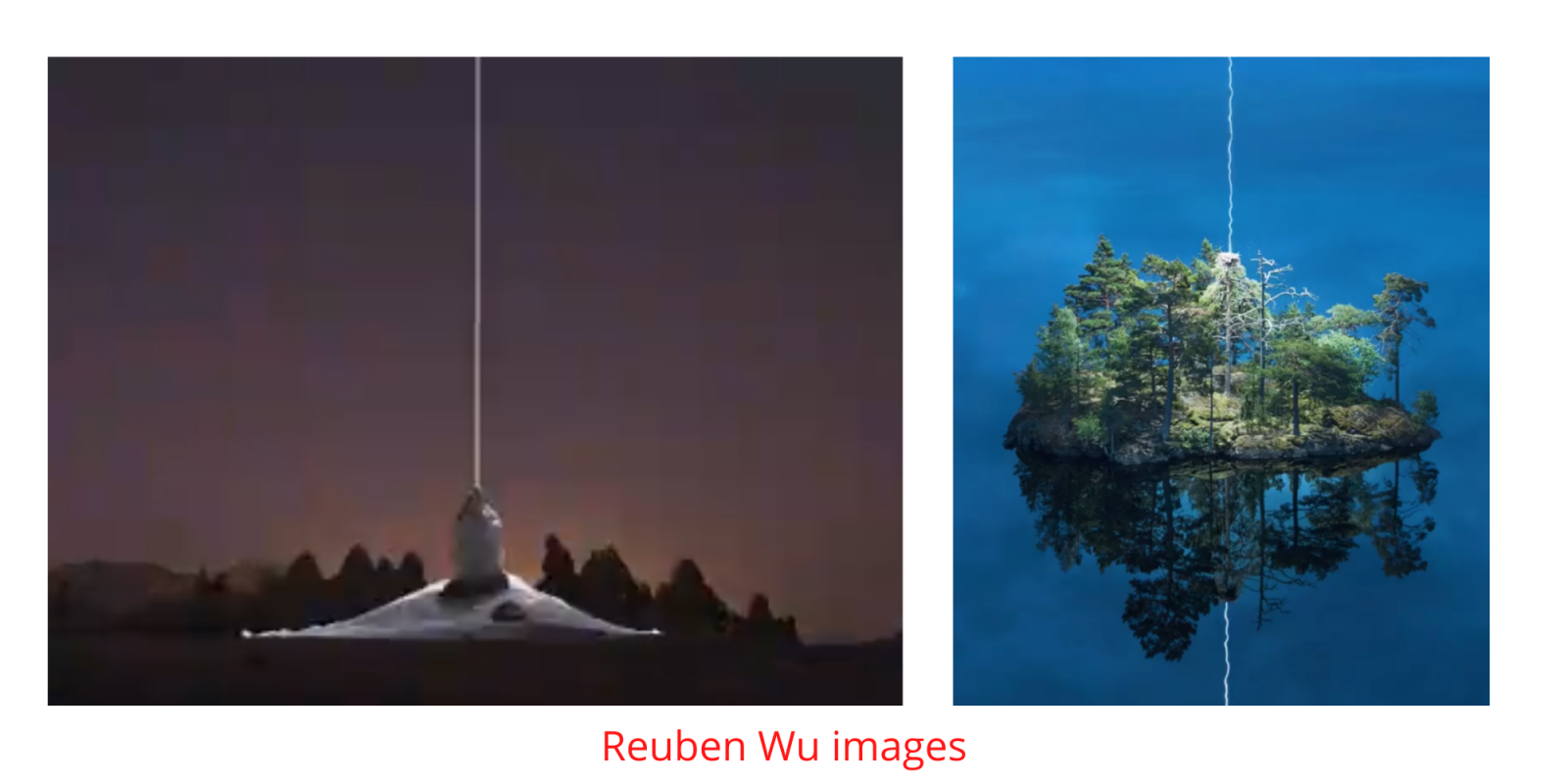 Something super cool went by on Twitter today. At first we were mesmerized. Then we thought: Were drones involved? The answer is yes. Yes, indeed.

Drones are useful for more than capturing stills and video when it comes to creating works of art. Increasingly, we’re seeing light painting involving drones, and even – as we reported here – the use of drones to carry lighting for a very look at night.

But we’ve never seen anything like this — at least not until now.

Some of you will recognize that name. With some 267k followers on Instagram, many are already familiar with his work. A lot of it involves the use of drones for special lighting effects. And we do mean special. Take a look at this, from his @itsreuben account:

That is just…well, phenomenal. Love it.

As you can tell from the above example, finding the right location to execute a concept like this is critical for the final work of art. And in the piece we’re about to see, Reuben found it. He posted a few images on Twitter with kind of a behind-the-scenes look.

With the title “Communion” — coupled with the visuals — one gets a sense these pieces of stone are somehow communicating with something off-planet. With the accompanying sound design, it’s both cool and unsettling at the same time. Drill down a bit deeper, and Reuben offers an explanation here:

This video artwork is an early experimental motion piece from “Lux Noctis”, my ongoing project depicting landscapes unbound by time and space, influenced by ideas of planetary exploration, chiaroscuro painting, and science fiction. By attaching a light to a drone, and tracing linear forms above remote landscapes at night, my work offers a new perspective, showing familiar places but under an unfamiliar light.

Reuben Wu is a real pro

At this link, Reuben offers a little snapshot of his career. It’s impressive:

Visual Artist, Music Producer, & co-founder of Ladytron. In my visual work, I am driven not just by the urge to create imagery, but by a desire to explore new places as if they were unknown territory, constantly open to serendipity and with an eye for the unnoticed and the hidden. Clients include Apple,  Samsung, Audi, GE, OnePlus and Acura. My work belongs to the permanent collections of the Guggenheim Museum, The Metropolitan Museum of Art and the MoMA.