How teachers are using drones to make math fun for kids 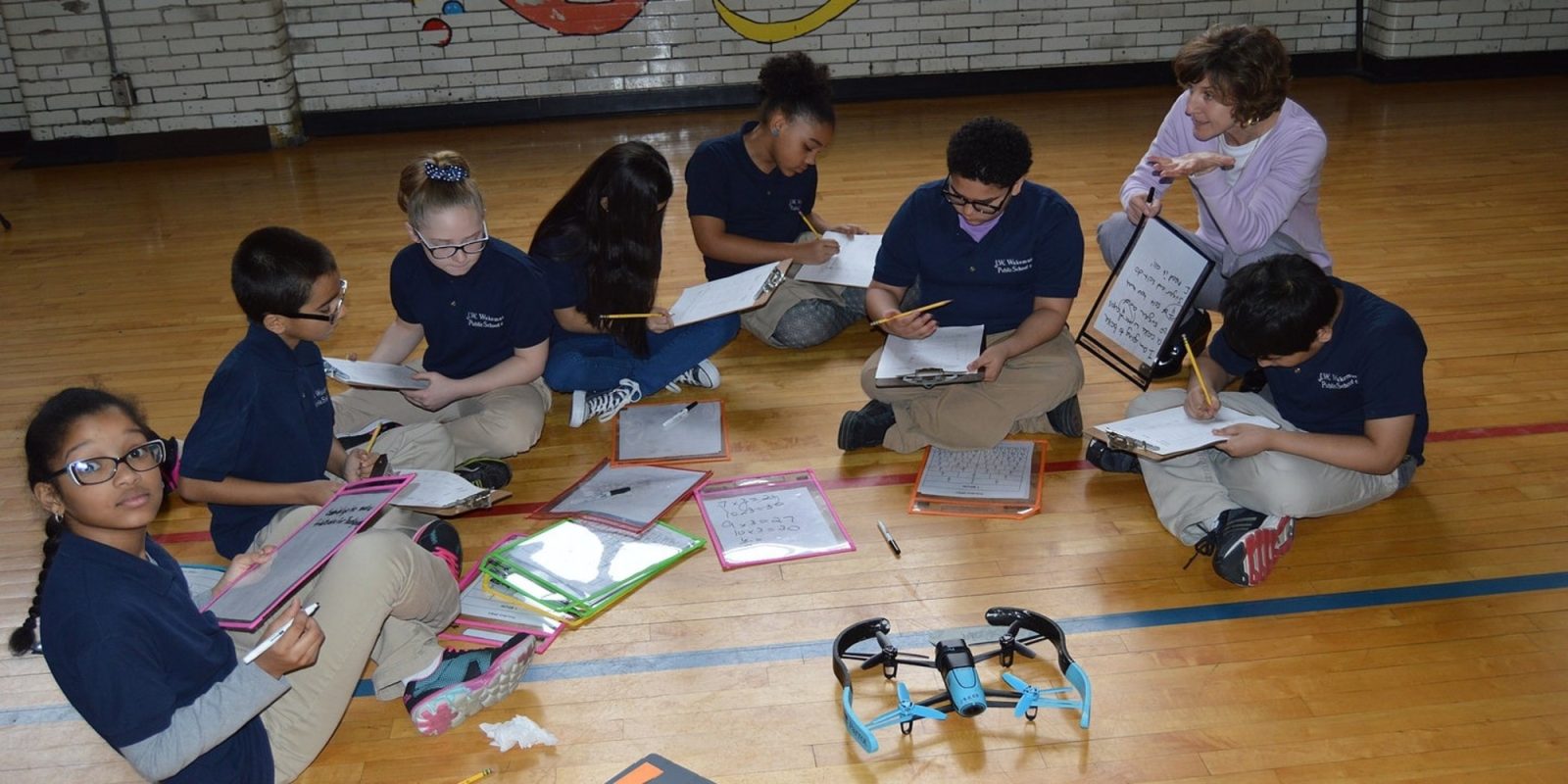 How do you design a lesson plan that students wouldn’t forget in a hurry? You introduce drones in the classroom.

With drones becoming ubiquitous in everyday life, educators are quickly realizing that robots can make science, technology, engineering, and math (STEM) concepts more appealing to students. Let’s take a look at four real-world examples from around the globe where math teachers are using drones to spark students’ curiosity and help them learn new skills.

At Delamere Academy in Cheshire, England, an enterprising key stage two teacher has been using drones to teach kids multiplication tables. The class heads out to the school’s playing fields, and the students arrange themselves into different number formations. The drone captures the scene from above:

While the approach may look simplistic to an adult, for the kids, these classes will easily become some of the most memorable moments of their school life. Lucy Bate, the teacher, concurs:

A drone is a useful tool for learning because it instantly engages all of the children. As soon as I mentioned we would go outside and use the drone their faces absolutely lit up.

At the Thai-Chinese International School outside Bangkok, Thailand, teachers have been using drones creatively to help students understand and create distance-time graphs. Watch:

The next example comes from Austin, Texas. Here, a middle school teacher, Thom Gibson, received an innovation grant from his school to buy a drone. And one of the first lessons that he planned with the drone was on unit rates for his middle school class. See how it went:

In Jersey City Public Schools, a community of public schools with approximately 9,800 students, Kimberly Crowley is known as ‘Drone Girl’ to students. This K-8 math supervisor has spearheaded a collaborative research initiative called Division B Drone Project to incorporate drones into math lessons throughout the district.

These tried and tested lesson plans are now publicly available for other educators to try, with the school district averring:

Using drones in mathematics lessons has helped elicit high intellectual performance, with students developing lessons and creating projects to demonstrate mathematical concepts using drones. The Drone Project has activated student interests and strengths, while helping build relationships between the teacher and student along with relationships between student and student.

Are you an educator, or do you know one, who is using advanced educational robots to make lessons more engaging? Let us know in the comments!