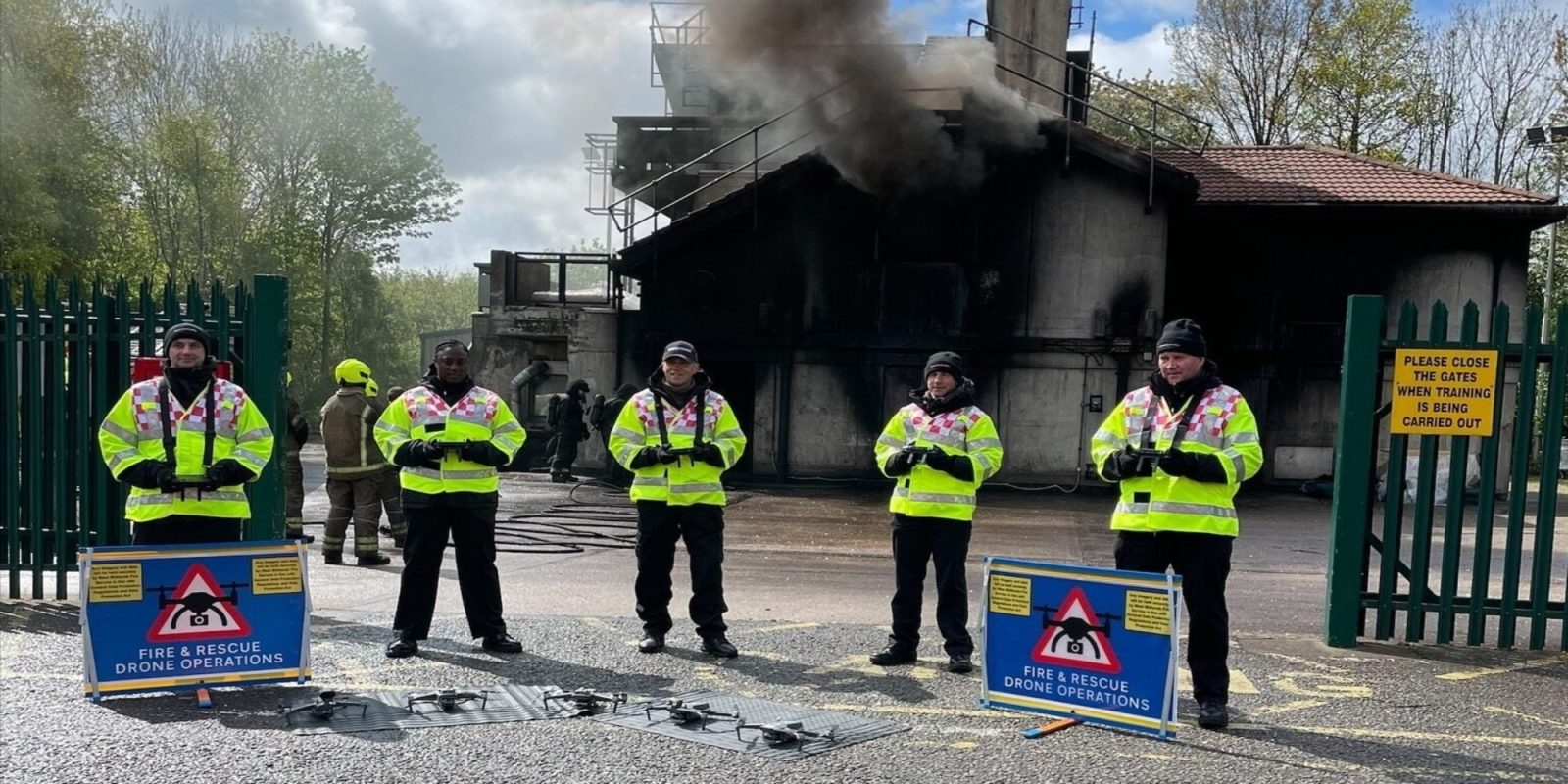 West Midlands Fire Service is the second-largest fire and rescue service in the United Kingdom. Its job is to keep the 2.9 million people of the West Midlands safe. And to ensure this, the organization deploys 1,200 firefighters across 38 fire stations covering an area of 902 square kilometers.

The built-in  thermal imaging cameras will be instrumental in  identifying hotspots and heat sources, and giving the firefighters the essential information needed to optimize the response and extinguish the fire safely.

The fire service has trained 12 first responders to pilot the drones. And their effectiveness is already showing. One of the drones was utilized at a recent factory fire that saw 22 fire engines and over 100 firefighters in attendance. As the drone provided up-to-the-minute situational awareness, the fire service was able to ensure a quick response as well as assertive and safe firefighting that resulted in many residential properties and other factories being saved.

Explaining that the adoption of thermal imaging drones is a part of West Midlands Fire Service’s commitment to utilizing  digital technology and innovation as a way of  enhancing  the service provided to England’s communities, Steve Vincent,  strategic enabler of operations, preparedness, and response, says:

We recognize the far-reaching benefits that drone technology can bring to  the operational response.  We know that the early use of drones at incidents can potentially improve  the  situational awareness  of incident commanders and other roles. They can also  support effective  decision-making and improve  the safety not only of our firefighters but  our partner agencies  and members of the public  too.

Initially, the fire service will deploy the DJI Mavic 2 enterprise series drones for a trial period of 12 months. Once the capabilities of the drones are identified and established, the organization hopes to use the flying machines to support multi-agency response as well. This could include aircraft crashes, road traffic collisions, rail accidents, and floods. The drones may also be utilized to identify hazards to people, first responders, animals, property, and the environment.